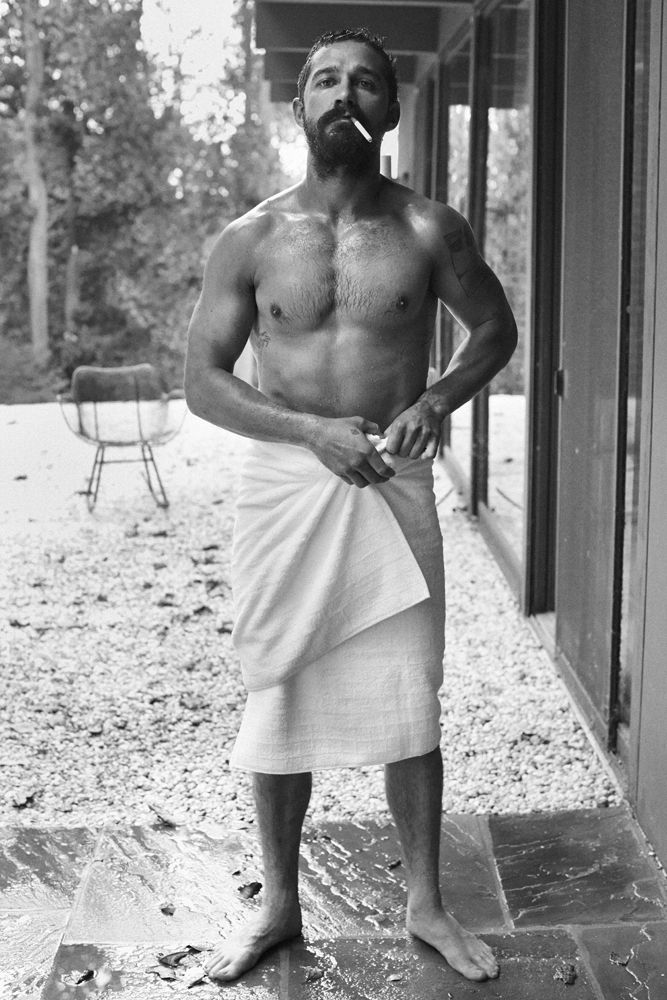 • A Fox News host named Sean Hannity cancelled Russell Brand’s appearance on his show (we imagine he typed Brand’s name into Google and became alarmed that this something like this would happen, only much, much worse). Unfortunately for Hannity, Brand came to the Fox News studios anyway. [Variety]

• Fury won the box office, which we’re pretty pleased about as Shia LaBeouf is our November cover. [BOM]

• Rapper Cam’ron knows what the world needs: an Ebola mask with his face on it. #CamEbolaMask [Instagram]

• Taylor Swift doesn’t think Selena Gomez should ever be the smartest person in the room. [E!]

• And here is Jason Momoa doing the Haka (aka the only reason to ever watch rugby) for his Game of Thrones audition. [YouTube]