Welcome to Life Lessons. Now that fashion month is nearly over, we’re paying homage to Kate Moss —rule breaker, fashion luminary, and eternal icon of the supermodel era. This week, we’re flipping through the pages of Moss’s March 1999 cover story, in which the then 25-year-old supermodel sits down for a conversation with Interview’s editor in chief Ingrid Sischy. So sit back, and grab a pen—you just might learn a thing or two.

“I’ve got pictures of me when I was eleven, posing. Not with the pseudo-models pose, you know the arm behind the head and all of that, but like a real model pose.”

“In fact, I thought it was quite vain to say, ‘I want to be a model.’ On a holiday I’d taken at an earlier time, I met a girl who said she wanted to be a model, and I was like, ‘Oh my god! I would never say that.'”

“During that time I lost interest in school. I was never really that interested anyway. I was never academic. I didn’t really go to school as much as I should have. [Laughs]”

“It was a really exciting time. I was working with Corinne [Day]. We were really close friends. I ended up living with her for a while and we’d just hang out all the time.” “It looks like my career happened overnight, but it didn’t. I was basically living on my own from when I was seventeen on.”

“I was a scapegoat. The media had to put the responsibility on somebody, and I was chosen. They felt free to say that because someone was thin, they were anorexic, which is ridiculous.”

“I was staying between Christy [Turlington] and Naomi’s rooms and it was all limos and the Ritz Hotel and all that kind of business. [Laughs]”

“I don’t like doing pictures as myself. I like to become someone else. In a picture, it’s hard to be yourself. But when you’re pretending to be someone else, it’s nice. It’s fun. It makes it interesting.” “People think your success is just a matter of having a pretty face. But it’s easy to be chewed up and spat out. You’ve got to stay ahead of the game, actually, to be able to stay in it.”

“It was ‘Sleep? Why? Why not go on? There’s too much to do. There’re too many places to go.’ I was working, I was traveling a lot. I was playing and I didn’t stop. It got to the point where it wasn’t so much fun anymore.” 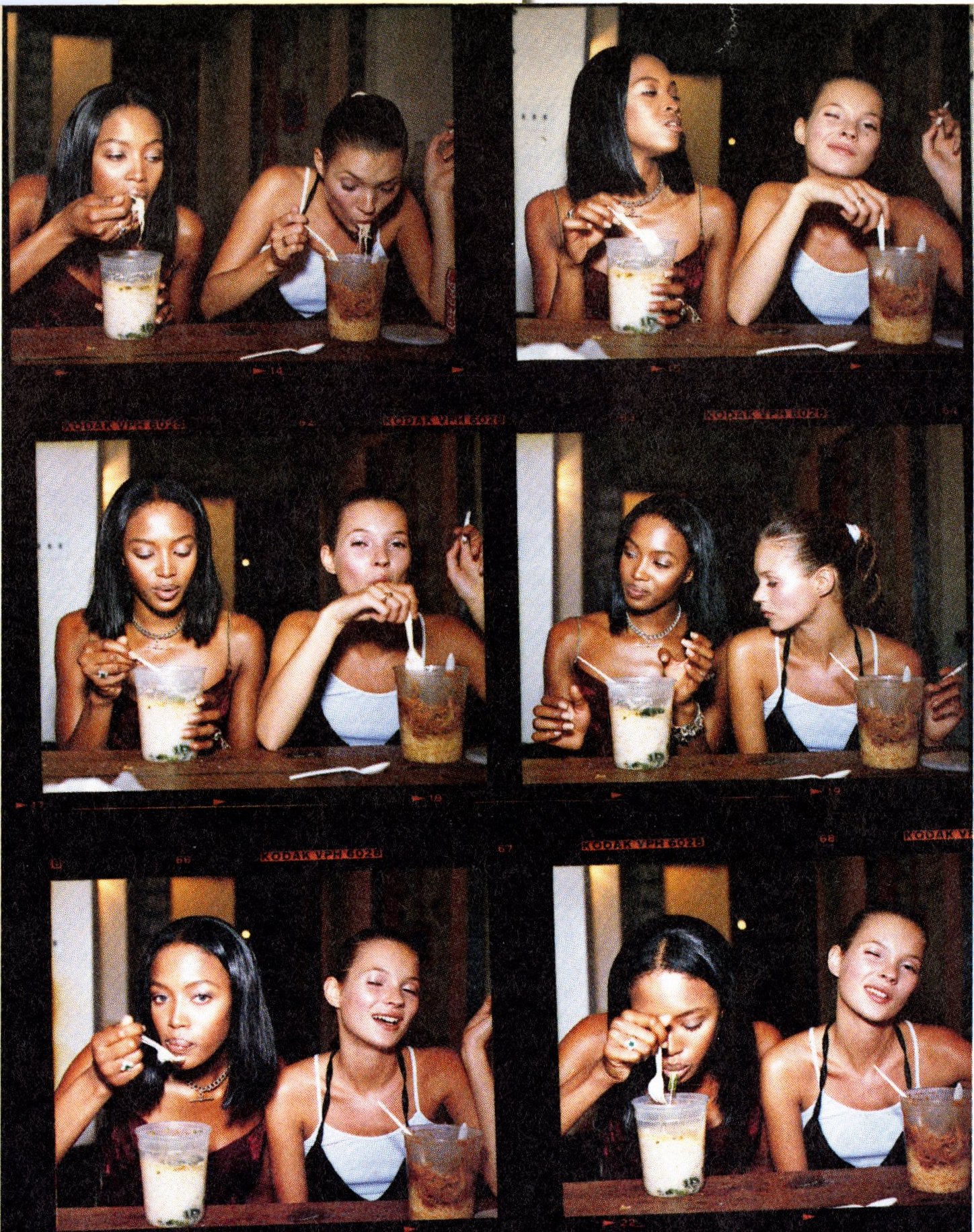