Welcome to Life Lessons. This week, in celebration of her new film The Lost Daughter, we ceebrate Dakota Johnson by revisiting a few highlights from the pages of her May 2016 Interview cover story. At the height of her Fifty Shades fame, Johnson sat down with the singer-songwriter Chrissie Hynde to discuss the challenges of simulating on-screen sex, navigating the pressures of blockbuster stardom, and why she doesn’t have Netflix. So sit back and grab a pen—you just might learn a thing or two.

“I’m filming the next two installments of the Fifty Shades movies back-to-back… I’ve been simulating sex for seven hours straight right now, and I’m over it.”

“I still feel like I don’t know what I’m doing. I’m unsure of what my life will be like.”

“I have such an obsession with making movies that I probably will always do that. But sometimes my life can feel so suffocating, and then it can feel so massive, like I don’t have a handle on it at all, and I don’t know where it’s going or what I’m going to do. Right now, I’m known for making movies. And I wonder if that’s it. I don’t know. It doesn’t feel like it to me.” “Nothing is really precious anymore. The mystery is gone.”

“It seems like the world is so fast to move its interest to someone else. When I think about filmmakers and actresses that I have admired my whole life, I’ve admired their entire body of work. I have admired what they began with and what they’re doing now. And now I feel like there’s such a weird pressure to find the new face. I don’t get it at all.”

“There are some days when I can do my thing and be in the world and walk around, and it’s fine. And then there are other days where it’s totally not fine, and I want to crawl into a hole and die.” “I haven’t been in one place for that long in maybe five or six years. I found myself getting completely erratic with what I wanted to do with my free time—like, what books I was going to read or albums I wanted to listen to, what movies I wanted to watch. I couldn’t ever pick one. I couldn’t figure out what to do.”

“I’ve learned to be comfortable with my life being in constant flux.”

“I missed the television train at some point. I don’t know what happened, but now I’ve created a complex about it. I’m missing out on what everybody’s watching, and now I can’t even begin to think about starting to watch a television show because it’s been so long. I don’t even have a Netflix account… It’s just added to me being more of a social outcast.” Undressing Shia LaBeouf with the Founder of @ShiasOutfits 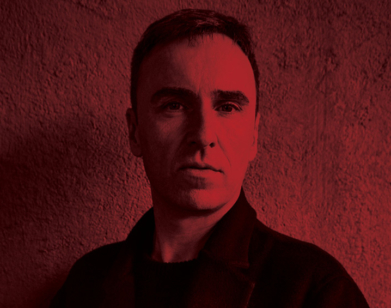 The uncanny parallels between Demna Gvasalia and Raf Simons