Getting Cozy with Lucy Boynton, the Brightest Bookworm in Show Business “In a very British way, I most usually can’t sleep without a hot-water bottle.” Despite her success in an increasingly globalized cinematic marketplace, where regional eccentricities are vaporized by dialect coaches, Lucy Boynton has remained tenaciously English. When she’s not working, or getting toasty in charmingly anachronistic ways, the 25-year-old actor enjoys meandering the narrow alleys of her native London, as well as the aisles of the “dark and oaky” bookstore Hatchards — which claims to be the oldest of its kind in the United Kingdom.

Now an American tabloid fixture, thanks to her recent turn as Freddie Mercury’s girlfriend opposite her real-life, Oscar-winning beau Rami Malek in Bohemian Rhapsody, Boynton is diving into U.S. politics with a starring role later this summer in Ryan Murphy’s The Politician. “The scale and size of everything was daunting,” says Boynton about working with the Murphy “family,” which on this project includes Jessica Lange and Gwyneth Paltrow. “It’s very much like a first-day-of-school feeling.”

A self-described homebody, Boynton is most at ease sinking into her domestic cocoon with a good book. The last one she read was Truman Capote’s The Grass Harp, the story of an orphaned boy and two elderly women who observe life from a tree; other titles currently on her queue are Simon Van Booy’s The Sadness of Beautiful Things, Elena Ferrante’s My Brilliant Friend, and volumes by the perennially spooky storyteller Shirley Jackson. But Boynton’s ravenous appetite for codex doesn’t detract from her screen time. “As an actor, all brilliant films are somewhat of an education,” she says, having recently revisited Harold and Maude, Rosemary’s Baby, and My Girl. “It’s kind of nice to go back and keep rewatching old classics with the excuse that I’m doing research, even though I’m sitting here in my pajamas.” 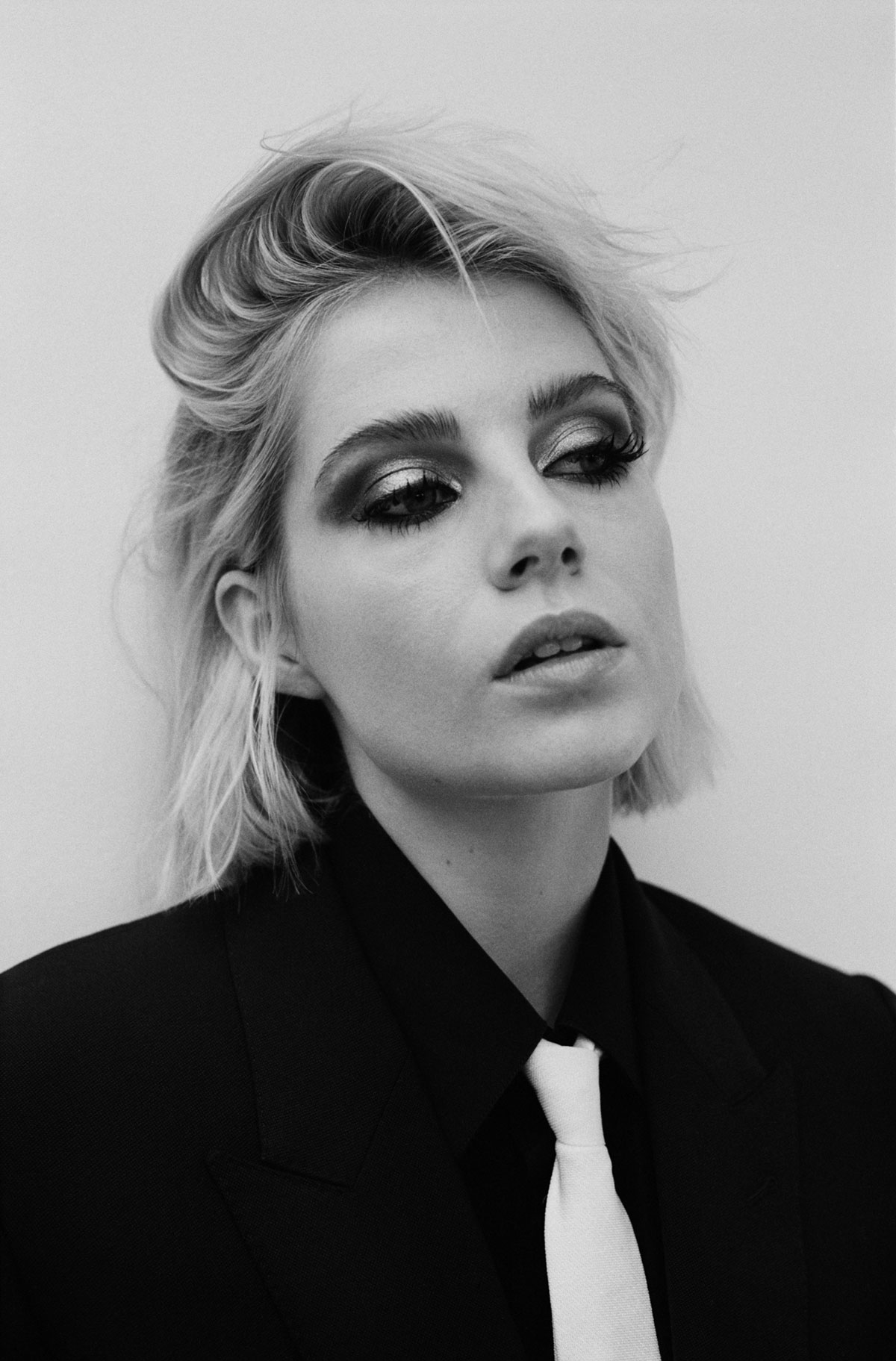 Jacket, Shirt, and Tie by Celine by Hedi Slimane. Polo, Shirt, and Earrings by Burberry.