Oct 10, 2019
The 28-year-old California native answers some questions that Andy Warhol asked Matt Dillon in 1983, when the 19-year-old actor was similarly on the cusp of mega stardom. Mar 27, 2018
As she gears up for Roseanne’s much-anticipated tenth season revival, the button-pushing comedian answers some questions from the writings of Warhol.

Mar 05, 2018
The Broadway legend behind classics like Phantom of the Opera, Cats, and Evita submits to our Warholian questionnaire.

Dec 07, 2017
The writer, director, and star of The Room—the best worst movie ever made—answers questions posed by Andy Warhol.

Oct 06, 2017
The Prince of Darkness, the God of Fuck … Brian Warner. Marilyn Manson goes by many names, but there is no mistaking the singular, platinum-selling rock star with a flair for courting the dark side. This month, he releases his tenth studio album, Heaven Upside Down (Loma Vista)—and submits to a few questions from the writings of Warhol.

Aug 02, 2017
In a career that has spanned five decades, the Oscar- and Emmy-winning actress has played a sledgehammer-wielding superfan, an unsinkable early-20th-century broad, and even the ghost of Charlie Sheen. Jun 05, 2017
At 90 years old, the prince of parody has been awarded four Emmys, three Grammys, one Oscar, and three Tonys (and, as the self-described “EGOTAK” is quick to point out, awards from the American Film Institute and the Kennedy Center). Jan 26, 2017
Mary Tyler Moore, the pioneering actor and an auteur of modern comedy, died Wednesday at age 80 at her home in Greenwich, Connecticut.

Nov 30, 2016
In her slow and soft voice, the lead of 'Three Women' tells Andy Warhol and Bob Colacello about about being discovered on location as an actress, and her ironic fear of horror movies Nov 06, 2016
"I share every aspect of my life with the internet," Troye Sivan said on his 2013 YouTube video "Coming Out," in which the massively influential vlogger turned actor and pop star did just that. Sep 15, 2016
Next week, one lucky bidder will buy the ashes of Truman Capote. While the auctioning of ashes might seem bizarre, we think that this posthumous publicity stunt would probably be in line with scandal-loving Capote's wishes. With that in mind, we've reprinted the writer's January 1979 Interview cover feature. Sep 05, 2016
One of the greatest, zaniest, and most prolific entertainers of his or any generation, Jerry Lewis first made his name as the kook to Dean Martin's straight man in a series of films the pair made together during the 1950s. Aug 10, 2016
When we called Mariah Carey the world's biggest diva in our September 2007 cover story, we weren't wrong. Jun 29, 2016
The star of Dino De Laurentiis's King Kong and Bob Fosse's just-wrapped All That Jazz, lunches with Andy Warhol and Bob Colacello. 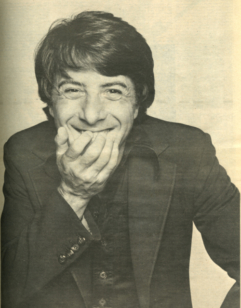 Apr 12, 2016
In a beige sport jacket, a blue polo shirt and blue jeans, the recently minted star of 'Marathon Man' has lunch with Andy. Mar 09, 2016
She helped shape the sketch-comedy paradigm that still rules late night, but there is only one Carol Burnett. Jan 13, 2016
Jerry Hall might be known for her previous relationship with Mick Jagger, but she just announced her engagement to Rupert Murdoch. Here's an interview with the former model and actress from 1978, when she couldn't even entertain the thought of marriage.