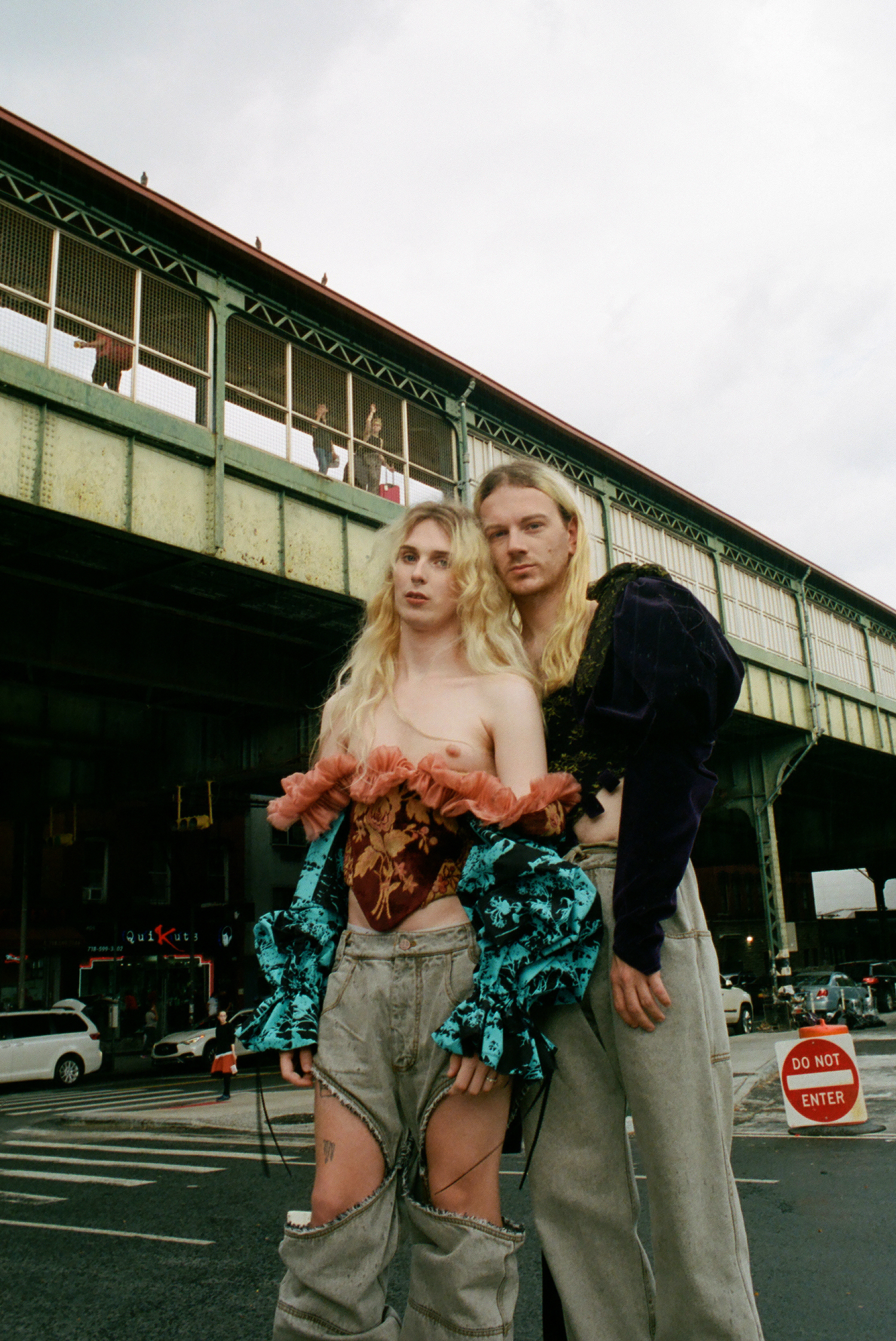 Shortly after Dylan Brady and Laura Les played their second-ever show as 100 gecs, a disgruntled concertgoer poked her head behind the stage at New York University’s Kimmel Center to share her thoughts on the performance. “Fuck you,” she said to them. “I hate you, and you can’t make music.” The woman was wrong, at least technically—the duo has a debut album to prove it—but she also had a point. 1000 gecs, a 23-minute sonic riot that Brady and Les created mostly over e-mail, doesn’t sound like music as humans have come to understand it. The record is lawless, colliding incompatible genres and subgenres—from dubstep to deathcore, ska to emo rap—often in the same song. The resulting sound offers a blueprint for what pop music might sound like in the year 2050. “Our fans were super down with the performance,” Brady says. “But half of the people at the show just wanted to see the headliner and were really mad at what we were doing in front of them.”

When making their first full-length album, which they did largely by sharing audio files back and forth across cyberspace between Brady’s home in Los Angeles and Les’s in Chicago, 100 gecs never imagined having to one day perform their glitchy, hyper-caffeinated electronics in front of an audience. Even their first live shows took place in a virtual world, when they played at the Minecraft Fire Festival, an event set inside the popular online game. “That helped us to build up hype,” says Brady, whose sound has been compared to everyone from Skrillex to XXXTentacion. Now, the entire country will see what all that hype is about as 100 gecs embarks on a nationwide tour opening for the hip-hop collective Brockhampton. “Coming from SoundCloud, it was like, ‘Please give a shit that we exist,’” says Les of the newfound attention. “It’s super sick that people actually do now.”