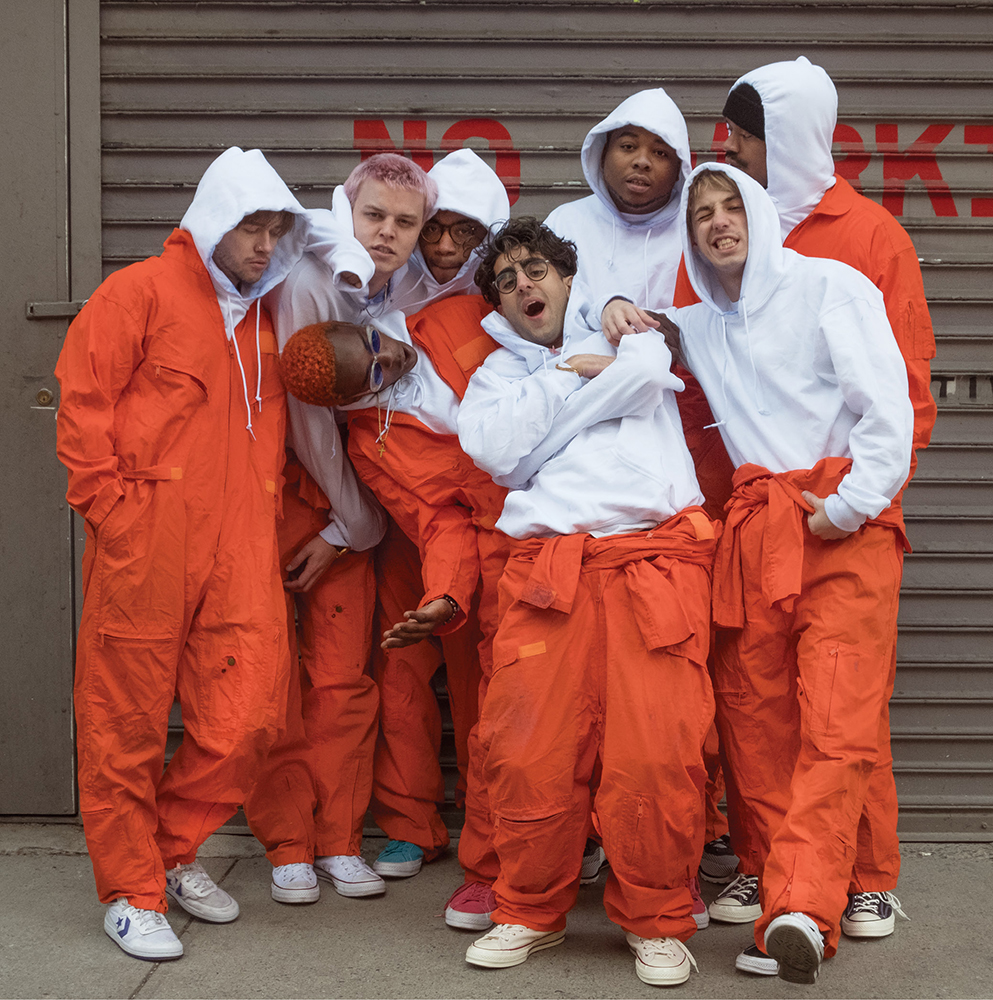 The members of Brockhampton, a self-described “boy band” comprised of 14 multiracial, multinational rappers, producers, and videographers, all live together in a two-story house in North Hollywood, where, for the past year-and-a-half, they have been steadily cranking out music and accompanying improvisational videos. “For our first album, Saturation I, we made, like, 50 songs and put out 17. For Saturation II, we made 80 or 90 new songs and put out 16. And for Saturation III, we made 60 or 70 new songs, and 15 made the cut,” says Romil Hemnani, one of Brockhampton’s main producers, of the collective’s hyper-productivity in 2017 alone. They expanded their repertoire late last year with a 22-minute video titled Billy Star. Meant as a teaser for an eventual feature-length film, the short interpolates music from Saturation III into poetic fragments of a gay teenage love story set in suburban Southern California.

Brockhampton’s origin story is integral to its identity; the bandmates met through the KanyeToThe message board, an online fan forum with a specific interest in Kanye West. “We read every tweet, every comment. We try to be aware and know how people feel about our music,” says the rapper Dom McLennon. “I’m not saying I’d change an entire album because a fan was upset about an artistic decision we made,” adds the rapper-director Kevin Abstract, “but I will listen to the record in a different way.” This interactive approach has allowed the group to address topics that matter to them and their audience—issues such as self-harm, homophobia, gun violence, rape culture, and body dysmorphia. It also gives their fans the sense that they are a part of the Brockhampton project. “We draw inspiration from not only all of the people in this room,” McLennon says, gesturing to the rest of his crew, “but all of the people that we touch.” Adds the creative director Henock “HK” Sileshi: “We’re a boy band with 14 people, but we have two million creative consultants and counting.”