Looking back on the gorgeous ’80s excess in Less Than Zero A blockbuster Hollywood movie made about 1980s excess—mansions, money and free-flowing cocaine—should have, at the very least, uncomfortable minimalist couches and infinity pools. But with Less Than Zero, the 1987 tentpole adapted from Bret Easton Ellis’s collegiate novel of druggy gluttony, production designer Barbara Ling went above and beyond. Gold table centerpieces, television sets piled up to the ceiling, cotton candy-hued night clubs overflowing with Veuve. The pool party had fake icebergs. Most of it was filmed on location at architect John Lautner’s famous Silvertop house. All of this excess was made possible on a shoestring budget. Sure, it was a studio film, backed by 20th Century Fox, but most of the $10 million allotted for production went to the casting of Robert Downey Jr, then the top billing hunk du jour.

And damn, he’s good in the role of spittle-mouthed, spoiled Julian, the character struggling to pay back his drug dealer Rip for an insatiable coke addiction. It wasn’t long after the release of the film that Downey Jr headed to rehab in real life. This art-imitates-life moment makes re-watching the film 30 years after its release slightly difficult. The film—largely dismissed since its release by critics, the director (who walked away once the studio took away final cut privilege), and Easton Ellis himself—is intensely underrated.

Barbara Ling made sure all of the glass-walled greed of Hollywood in this context was over the top. To capture that luxe backdrop, Ling and the director scoured teen parties and L.A.’s ritziest hoods during their research phase. The film has become a time capsule of the ’80s, including nearly every cutting-edge design available at the time. In fact, Easton Ellis’s opinion changed in the intervening years, largely due to aesthetics. “It looked great,” he told Movieline. “That’s why it’s gotten better as it’s gotten older. It’s aged well.” All of that—the silver toothpick Christmas tree, the graffitied walls, the neon-lit wreaths—was thanks to Barbara Ling.

SHE ATTENDED THE WILDEST TEEN PARTIES … FOR RESEARCH

BARBARA LING: [Director Marek Kanievska] was amazing to work with because he just kept pushing it and wanting us to go as far as we could go. That makes it, as a designer, absolutely thrilling because you’re not being told, “Oh, that’s too much!” or “You’ve gone over the top on this.” It was more: can you push it further? I can’t even tell you how many hundreds of clubs and parties Marek and I went to, to really get a feel. We didn’t push it as far as we could’ve because the studio would’ve never allowed that. It’s amazing what kids were doing. We were looking at high school parties, which looked like a college party. You couldn’t believe the money that [was involved in] a high schooler’s graduation party! It would be 200 kids in a mansion on their own. I was like, “Wow!” A lot of drugs and a lot of sex—what was amazing was how much sex we were seeing everywhere. And you just have to think, are there any parents around?

THE RED HOT CHILI PEPPERS GOT THE BOOT

LING: We luckily got into a music crowd and from that music crowd, which was very young then, we had the Chili Peppers in the film—and they were cut out! They were just a hot up and coming L.A. band. We saw them for the first time in a small underground club in downtown before downtown was downtown. And we just loved them so Marek has an amazing scene with them in a club performing, and the studio was like “Whoa, who are these guys! Get them out of here, these guys are too weird!” And they cut the scene out.

GLASS AND STEEL WAS THE INSPIRATION

LING: I would say the one source of inspiration for the design sense was glass and steel. There was this interesting thing of having these barriers where nobody is ever really seeing each other. Los Angeles is probably one of the great cities that’s very modernist. That’s why I went after the Silvertop house, the [architect John] Lautner built up in Silver Lake, because I was living by there and I just loved this design and the idea of these glass walls always reflecting people. The location guy and I just went and hounded this older couple who Lautner had built the house for until they said yes to letting us film there. That was the first infinity pool of the early modernist [era] here in L.A. In the ‘30s and ‘40s and ‘50s they were doing these pools that dropped off the edge, which to me was incredible. Having a pool and you’re looking out and seeing Los Angeles in the background to me was a perfect empty shell, so to speak. So I would say the one big connecting thing in this film was isolation and barriers of glass.

ART FOR THE SAKE OF ART BECAME A FOCAL POINT

LING: The thing of the ‘80s was that breakout of art, even in homes, where people would spend a fortune on having a gigantic model painting in the living room that they didn’t even like, but that they were told they should be buying. This was the start of the era in the ‘80s and of course it went insane in the ‘90s, of paying fortunes because it’s going to make you a fortune. And of course became true! Almost all of the art in the ‘80s, you see it in auctions now and its going for $400 million, so it was an unbelievable investment. But the other side of that, which we liked in this film, Marek and I were interested in why there was so much modern art everywhere, in every home you looked at, and yet nobody seemed to care about it. It’s not like they were in love with the art, they bought it for investment. It was actually hard to get modernism into this because it was just starting to become again something of interest and we had to make an enormous amount to try to get the vision across because it wasn’t like you could run around and rent a bunch of this stuff.

THE RISE OF MTV MADE VIDEO PROJECTION A MUST-HAVE

LING: The parties were very big, video was huge and the idea of multiscreen was just starting to explode, so even when you went to an underground club, you would see these guys have 10 T.Vs hanging off the wall and that was very much the era of seeing multiple and probably a lot of it was from what was happening on MTV. There was a whole fusion happening with this all at the same time, so it was a lot of made things to try to get this across and an enormous amount of art.

FAKE ICEBERGS WERE CARVED FOR THE POOL PARTY SCENE

LING: We had to have [the icebergs] carved and then we had to have them molded so that you could put lights inside of them. I had seen a tiny version of lit up furniture, where people were sitting on cubes. I thought, “It would be cool to extend that a little bit further, especially for a party like that.” And we went after this theme because there was one big mansion family that every year brought in snow machines. I don’t mean little, I mean big snow machines, and would snow their whole house for three days. [laughs] Who knows how much at that time that was costing. So once we heard about this then it started out again with another big excessive Christmas party in Beverly Hills. But it wasn’t something completely made up, in other words there are people who would spend a half a million dollars to have snow machines brought down from mountains to make snow for their kids and half their neighborhood. I’m sure now it’s not legal because you use so much water to do that. But I certainly knew how to do ice by time I hit Mr. Freeze’s world [in 1997’s Batman & Robin, another film she designed]. There you had the technology to make them even more spectacular. I don’t know if it set in as much as it did that Mr. Freeze’s world had to have ice, but I laughed I said “I’ve done this years ago!”

THE FILM HAS A TUMBLR-READY COLOR PALETTE

LING: It’s always interesting to see that things always come back. It’s just so true that generations keep changing and catching something from a generation before and then it becomes a new revitalization and then they recreate it in something, which luckily makes the world kind of exciting. [laughs] Or we’d just be the same old thing and I’d be really horrified if we got trapped in the ‘70s because that was not my favorite era of anything!

LING: What’s amazing is when someone can come back as big as he did. He’s a great success story. People keep thinking he was completely out of it on that film and he was not. He’s always been a great actor. Marek [Kanievska] fought tooth and nail to get him because he knew he was a great actor. It unfortunately kept feeding into where he was at, by the time he finished the film he was upset, and of course it never helps when someone has a vice and they’re making a lot of money making a movie about having a vice. That’s always the problem, when you actually have the money to keep going. I think the following year he went into rehab. I don’t know how many times he went into rehab, I think three or four, before he turned around. The People VS. Bret Easton Ellis 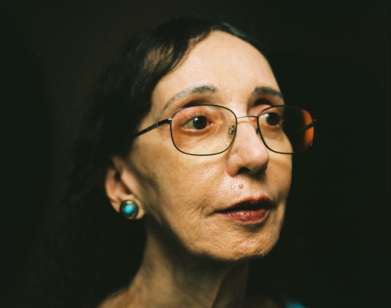