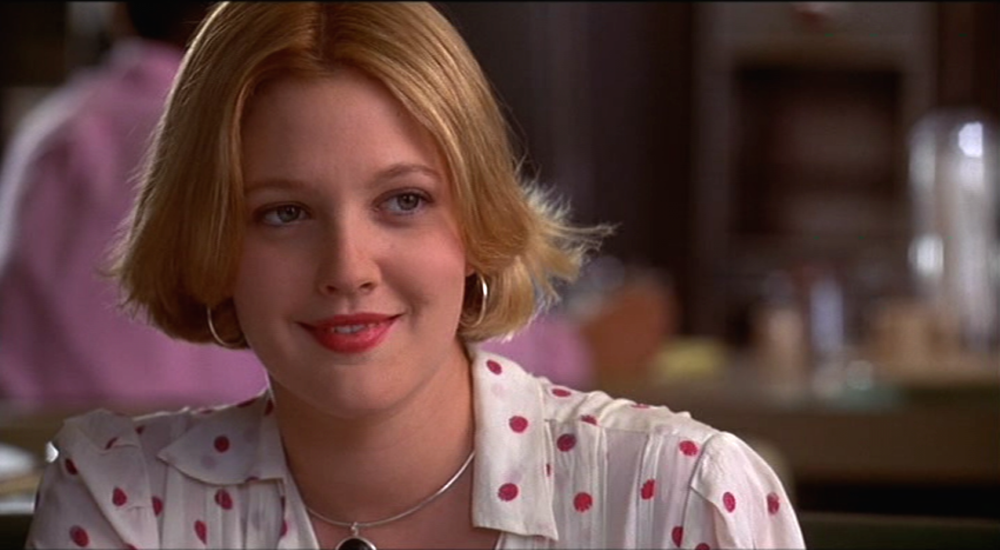 When someone brings up The Wedding Singer [1998], the first things I immediately think of are Adam Sandler’s hair (awful) and the final scene on the plane with Billy Idol (brilliant). But I also think of Drew Barrymore—who plays Julia Sullivan, a waitress who is engaged to a total jerk—and how perfectly she captures the subtleties of heartbreak.

Costume designer Mona May clued us in as to why her sartorial choices for Julia centered mostly on classic patterns and pieces and how her personal history played into some of the garments she selected. Trends may come and go, but there are some things—like being serenaded by the guy you’re supposed to be with while you’re on a plane to Vegas with your fiancé—that just never go out of style.

MONA MAY: In The Wedding Singer, we’ve got a really interesting character. Julia [Barrymore] is a little bit lost—she’s going through a lot with this mom who’s trying to push her into this marriage, but she’s much more soulful—she’s looking for love.

We wanted the clothes to reflect this very cool, artsy person. She doesn’t follow trends, she’s not doing any of the crazy ‘80s stuff. She has her own more grungy look so we used a lot of vintage dresses with boots, slightly oversized but not too big. All of the colors she wears are more classic. Drew really wanted to wear the gold and black choker and she wanted to repeat the jewelry. It’s a statement piece. I think that in my work, I like classics. Maybe it’s my upbringing, I grew up in Europe. I was born in India, I lived in Poland, Germany, United States—I lived all over and I traveled extensively. This was still the ‘90s before trends went global. We didn’t have internet.

Drew [Barrymore] and I have worked on many films together, but we actually met while filming The Wedding Singer. Since we had such a good relationship from that, she called me to do Never Been Kissed, which was the first movie that she produced for her company, Flower Films.