The style evolution of Josie Geller in Never Been Kissed 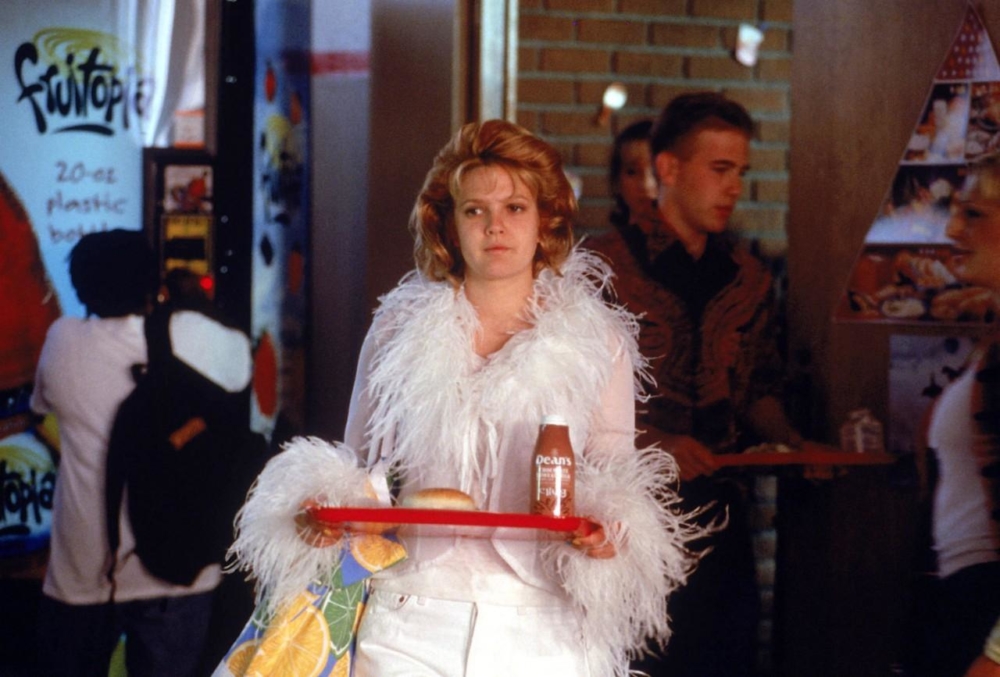 One of the earliest examples of Drew Barrymore’s endearing on-screen persona is her role as Josie Geller in the 1999 film, Never Been Kissed. At first glance, the film appears to be a typical rom-com, but upon closer inspection its quirky characters and clever dialogue edge it more into cult classic territory.

The story follows Josie—an insecure newspaper copy editor—as she goes undercover, elbowing her way through the throngs of teens at a local high school in the name of research. She ends up getting swept up in her false persona as she tries to infiltrate the popular crowd, culminating in a very dramatic prom scene reveal. There are so many memorable outfits from her metallic prom dress to a refined pink shift dress, so we asked the film’s costume designer Mona May to sift through Josie’s most memorable sartorial moments.

MONA MAY: This was a great movie and a fun journey for a costume designer. We start off with Josie wearing this horrible pink skort. She’s working at the newspaper and she’s super shy, sort of a goof. Then she goes undercover to a high school and she has no idea what the kids are wearing. I mean who in high school would add a boa to their all-white outfit? And that crazy bag with the lemons?! Drew [Barrymore] is amazing, I’ve worked with her for many years—she’s so hands-on. For Never Been Kissed we went to Loehmanns to try clothes on because she really wanted to find the coolest, weirdest stuff to create this character. She’s so strong in her visuals and how she likes things, so it was really us creating it together, which is always really fun.

At first Josie is a little all over the place because she’s out of her element: her boa rips, she’s wearing a bit too much makeup, and her hair is overdone. All of that was created to bring more physical comedy to the film. It was important to me to play the character big at first because we needed to go back down later on. It’s such an arc—from being overly-bookish and scared of everything to going out on a limb. At the end we clean her up and you find her soul. The pink dress with the ruffles and the low neckline, pretty hair. She’s gone through this crazy journey and she’s now who she’s supposed to be. When a character’s style evolution and character evolution line up, a costume designer has done their job well.

The Hollywood Costume Designers Break Down the Show’s Dreamy Fashion