Welcome to Life Lessons. This week, we’re flipping through the pages of our July 1992 cover story with Drew Barrymore, shot by the legendary Bruce Weber. Barrymore, now 46, has spent a jaw dropping 39 years on the silver screen—starting with her childhood role in E.T., and followed by stints in blockbusters like Charlie’s Angels, Scream and Batman Forever. Today, as the host of her own tender and quirky daytime talk show The Drew Barrymore Show, Hollywood’s darling brings her infectious charm to viewers on an entirely new scale.  So sit down, and grab a pen—you might just learn a thing or two.

“See, I started in commercials when I was eleven months. But my mom [lldiko Jaid] wasn’t sure that it was right. Then, when I was old enough to talk, I said to her, ‘Acting is my dream. I don’t want you to think that you’re doing wrong by me by getting me an agent. I can’t expect you to be sure about this, coming from a two-year-old, but please, this is all I want.’ And I was lucky to have a mother who supported me.” “The way women’s dialogue is written by men is often pathetic! They make us say things we would never say. But men are getting a better understanding of women. I like transitions, and my character in the show [2000 Malibu Road] starts scared and then becomes very strong, women aren’t usually written that way.”

“A lot of the respect I have for my character in 2000 Malibu Road is because she doesn’t take shit and she speaks her mind, which is very much like me. I want to have real relationships, and I like to see them portrayed.” “They said that ‘America’s Apple Dumpling, the Girl from E.T.,’ was a cocaine and booze addict. When I did admit what was going on with me, it was not to prove to people that I was O.K. and to take me back into the industry. What was important to me was my recovery.”

“I don’t give a damn that I’m a best-selling author. Who cares? The point was that I reached tons of people. People would come up to me and say, ‘I just read your book. I’ve been honest to my parents. I finally told them how I felt about them.’ That is all that mattered.” “Once people started seeing a little bit of footage from [Poison Ivy], [my agent] J. J. got all these calls, like, ‘We’ve got this role for Drew as a Lolita-esque nymphet.’ And people were coming up to me on the set, going, ‘How does it feel to be a sex symbol?’ I was like, ‘Me?!’ I might be a sensual person, but I don’t look at myself in the mirror and go, ‘Yeah, baby, you’ve got it goin’ on.'” 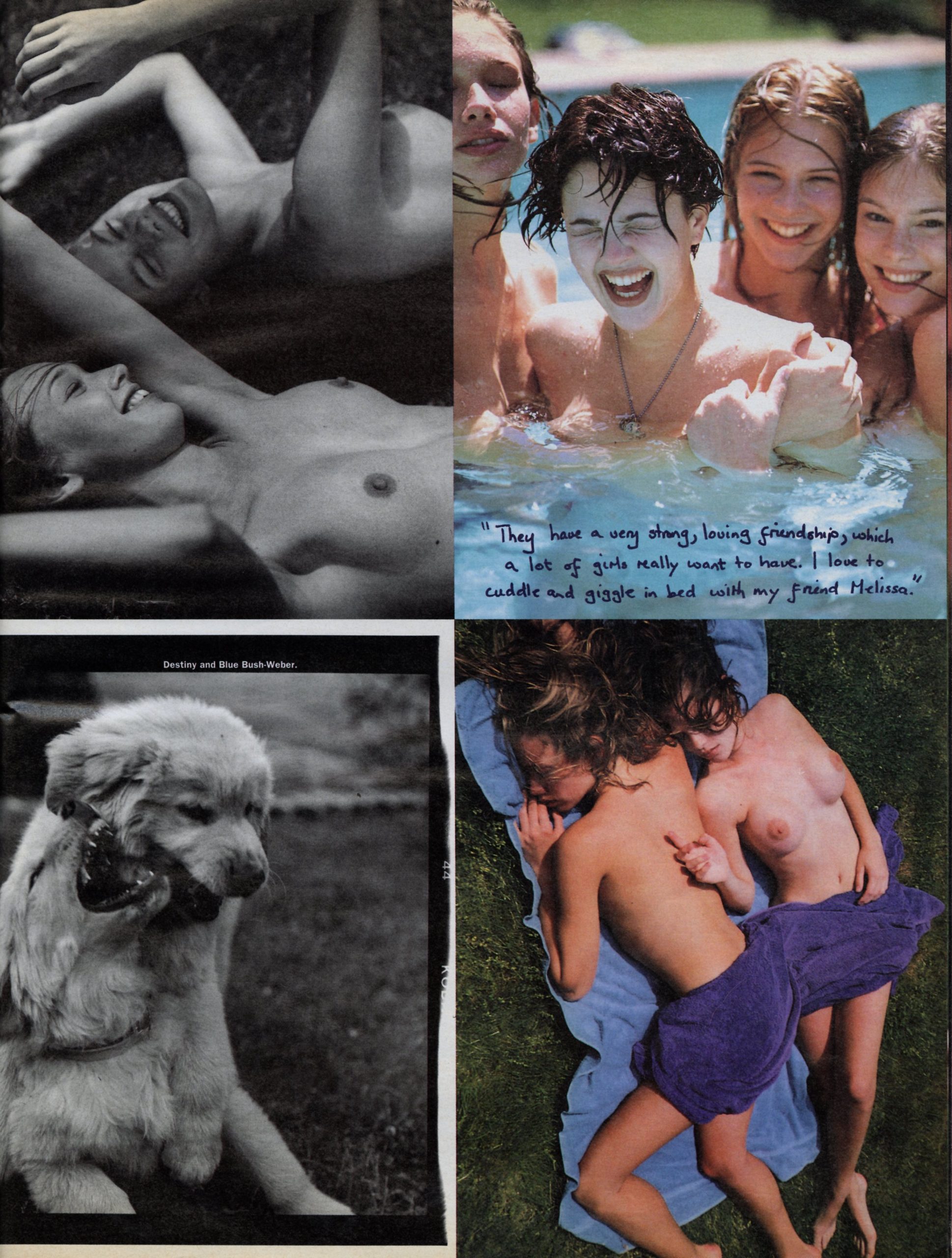 “Although personally, I’m very into stability, commitments, and domesticity now, I appreciate films that step over the industry’s boundaries. Also, I think that people sometimes mistake what the real message of a film is, and that’s why the industry is so limited. But fuck that.”

“I had a different childhood from anyone I knew. I listened to Jim Morrison rather than Sesame Street, and I read Charles Bukowski. I thought that it was normal, until I was ten years old, talking about Bukowski to a thirty-five-year-old, who reacted, ‘How the hell do you know that?’ It was just me and my mom. She didn’t have many friends, and neither did I.” “I went to about twenty-three different schools. I never really gave of myself in school, because I didn’t want to express myself to the teachers, who would just put me down for it. The only subject I was good at was English. But I would turn in a book report on, say, Henry Miller, and they would give me an F because they didn’t consider him a proper writer.”

“I’d love to go back to school at some point and learn more about film, because I want to direct a project inspired by a movie I grew up with, The Red Balloon.”

“I’m enamored with the other side of the filmmaking process; I’m always trying to bond with my directors. But I don’t know how I’m going to respond, actually, to telling people what to do, because I’m not very good at that. I have an assistant and I let her do her own thing, I can’t even tell her what to do!”