Sasha Pivovarova Has the Stare of a Sniper 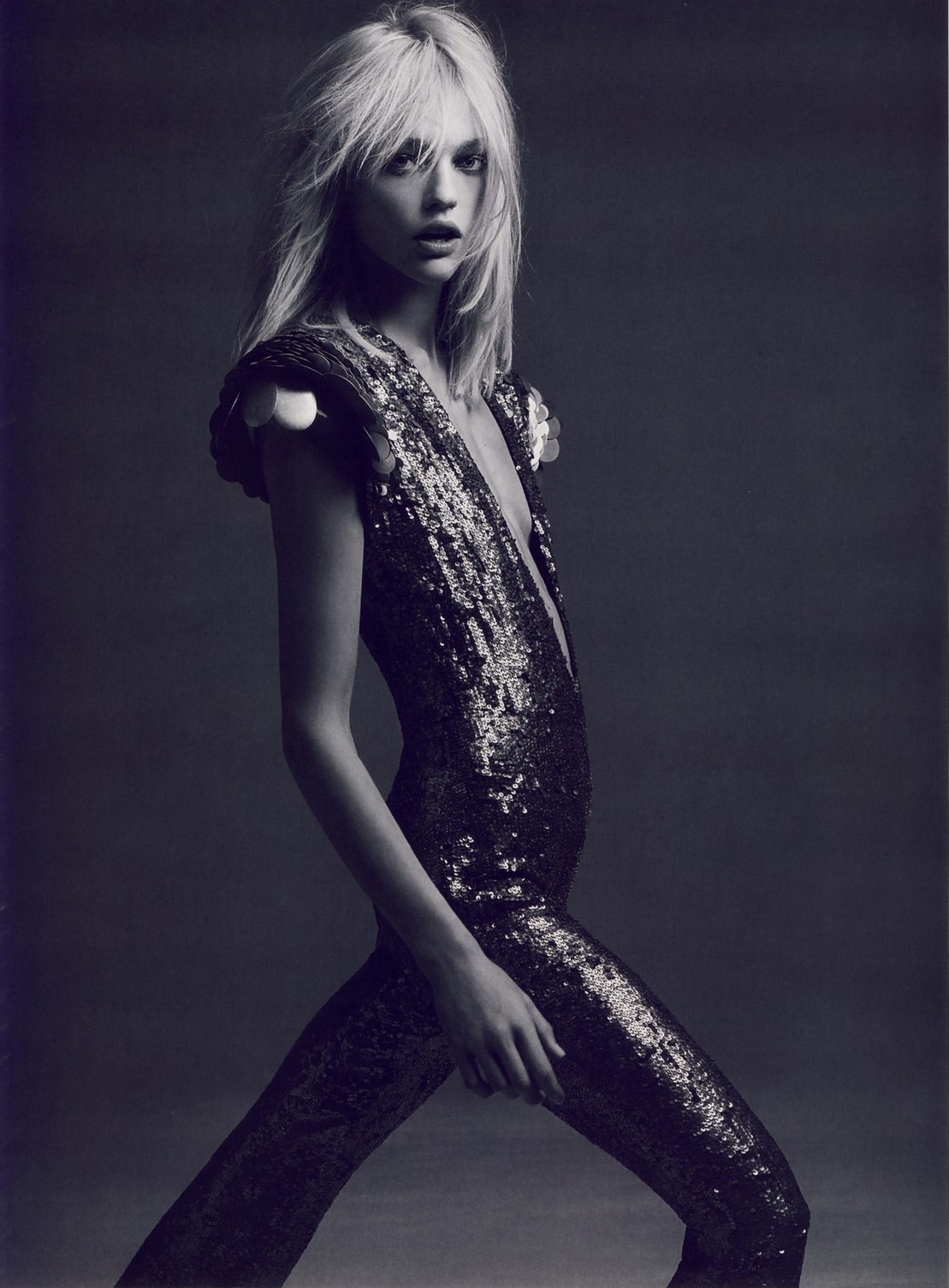 Since the world came to know her as Miuccia Prada’s elfin muse in 2005, Russian model Sasha Pivovarova has stalked elite runways, graced the cover of high fashion glossies the world over, and upstaged her cloned peers with her razor-sharp, sweetly sinister appeal. In her pictorial wake, she leaves a full cast of gonzo characters: Hitchcock Blondes and beautifully deranged mental patients; even a gender-challenging John Galliano. Now 23, Pivovarova still dominates her field, and has effectively muse-hopped between Prada and Galliano, recently starring in his new Dior campaign, and ads for Armani, Longchamp, Chanel Eyewear, Biotherm, and Pringle. Sasha, who now primarily resides in an artist’s loft in Brooklyn, is eager to challenge herself, and follows up her first exhibition in 2008 with drawings for Prada. Interview caught up with the very engaging Miss Pivovarova just before the new year.

Colleen Nika: You now live in Brooklyn: Whatare your favorite places there? Is it much colder than Moscow?
Sasha Pivovarova: My favorite area in Brooklyn is Williamsburg. There are lots of nice little shops and cafes on Bedford Street: I really like the art bookshop Spoonbill & Sugartown on North 5th and Bedford. My favorite places to eat are diners on Broadway and Berry, Marlow and Sons, a very cozy Brazilian place called Miss Favela, where I have Asai for breakfast and listen to live music in the evenings,  and a Mexican place called Bonita, which is really great for rice puddings. My favorite places in Moscow are the Pushkin Museum of Fine Art: It has a wonderful collection of  Impressionists; the Justo club, and Sandyni Bath, which is the oldest bath house in Moscow. For Russian food, I like the Zhiguli restaurant. And so far, New York is much colder than Moscow!

CN: Did you have a New Year’s resolution?
SP: I was on board 168 airline flights in 2008! My New Years resolution this year is to spend more time with my family.

CN: You had your first gallery exhibit in 2008. And you are making a book for Prada.
SP: I am working on a book of drawings: it will be in the form of a scrapbook and include drawings, photography, and collages. It’s an endless process because I am constantly changing and adding new images/ I really hope to publish it in upcoming year—this was my other New Year’s resolution!

CN: You have such a signature feline runway presence, and were one of the first models I remember to capture the militant but alluring “death stare” that so many others others now emulate. Did it come naturally to you?
SP: I just walk how I walk. But I am also really inspired by the physical drama in silent films from the beginning of the 20th century—it’s ice cold and unreachable, like the stare of a sniper! I guess this look is something new that I brought into the world of fashion: a dark and dramatic, 19th century Russian literature and drama inspired look. But in a real life I am very positive and smile most of the time [smiles].