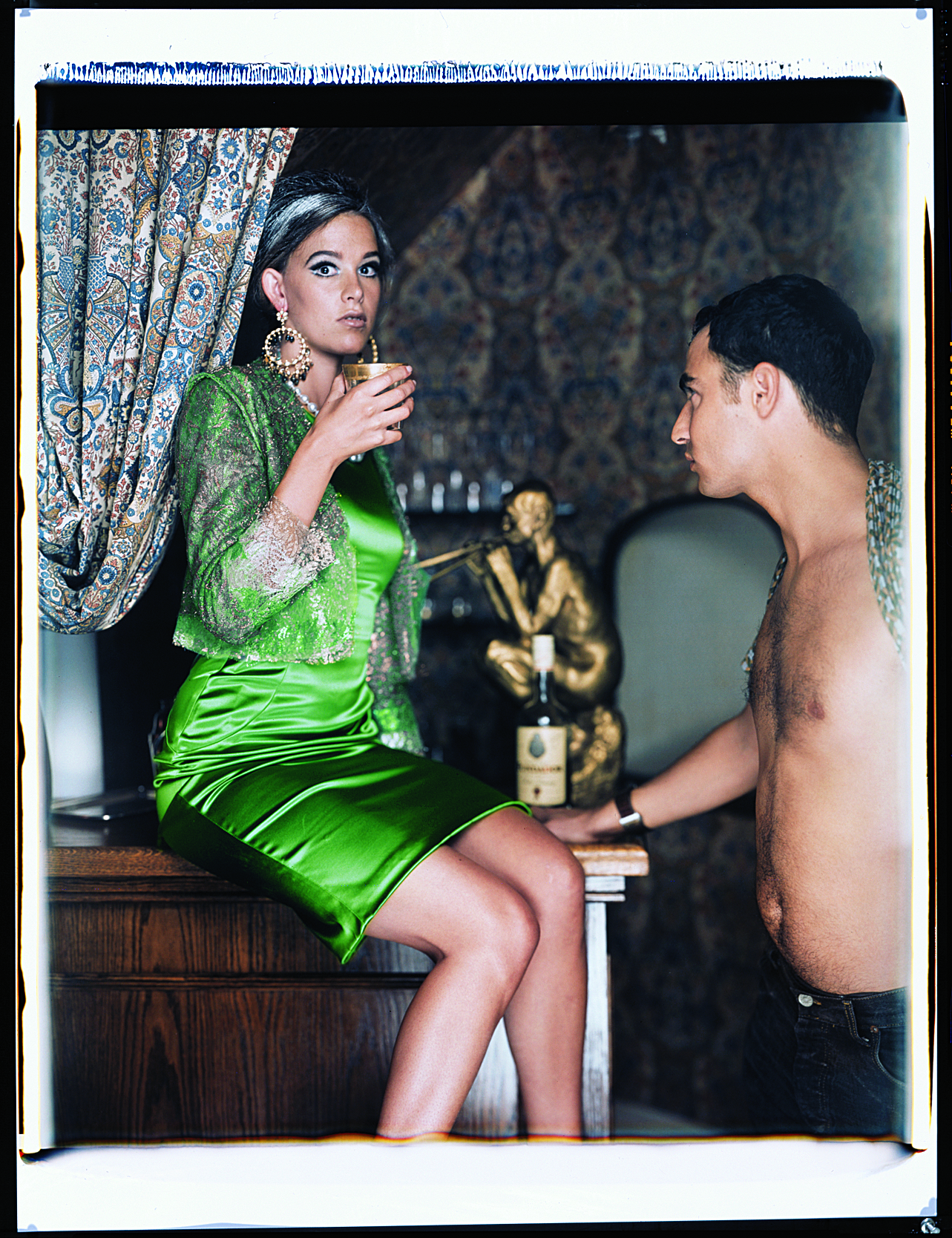 Of all of the ephemeral superstars created in Andy Warhol’s factory, perhaps none are quite as loved as Edie Sedgwick. The ‘60s it girl was, as Vogue so aptly put it, a “youthquaker”-trendsetting with her affinity for thick black eyeliner, false eyelashes, opaque tights and boatneck sweaters. With the NARS Edie Sedgwick Collection in honor of Andy Warhol, we can finally perfect that defined eye and pouty nude pink lip and attempt to channel our favorite socialite. The “Ciao Manhattan” actress embodied the downtown chic of Warhol’s factory, which she started visiting regularly after meeting Andy in 1965 and starring in his films soon thereafter. Below, we revisit a piece from our 35th Anniversary Issue, in which Patrick Giles draws paralells between Edie and Andy and a couple other legends in the making.

America’s Obsession with Edie Sedgwick began when the old-money heiress came to New York City in the early 1960s, triggering one of the biggest Richter scale measurements of the Youthquake that shook up the culture.  Quickly noticed by our founder, Factory boss Andy Warhol, Edie took her place as one of his most enchanting muses (“superstar” was Warhol’s preferred term), coming to look like one of his artworks–even BECOMING one herself by appearing in several of Andy’s films.  A princess of New York’s nightlife, Edie, with her platinum short hair, dark-ringed eyes, lighter-than-air liveliness, and ridiculously premature death (in 1971, at only 28) remains one of the most alluring if troubling ghosts of that amazing period.

Edie did much of her creative work with friends, and this INTERVIEW photo-essay in tribute to her also came into being because of a close creative union–one formed a generation after the superstar’s heyday.  “I met Paz (de la Huerta) sitting on the red stairs in St. Ann’s School, “23-year-old fashion designer Zac Posen recalls. “All of a sudden there was this 14-year-old in a full body leopard-print leotard, with platinum-blonde crew cut COVERED in St. Marks Place jewelry.  She  wasn’t a girl, she wasn’t a woman– she was this nymphlike creature.  It was one of the most fabulous visions I ever saw.”

Someone who’d known the real Edie first acquainted Paz with her legacy.  “My friend Rene Ricard had mentioned, ‘You would be great to play Edie,'” the actress and model says.  “I bought her biography and connected to so much of her story that it was scary.  Edie’s not my hero, but I feel connected to her in certain ways.  There were even similarities between us–my dad was a rancher, like Edie’s, and I went to Grace Church School.” (Edie’s parents were married in Grace Church in 1929).

The images and memories of this once famous, now elusive, figure allowed these young people to decipher the creative advantages and social hazards of the age of which Edie is an icon.  Says Zac, “She exemplified this freedom and mystery that existed then, which I feel is wholly vacant from the time period WE grew up in.  Many people aren’t pursuing their beliefs or pushing creativity as they did in Edie’s day.”

Paz, Zac, and this story’s photographer, Lola Schnabel, attended St. Ann’s together, commencing a complicated, creative and personal alliance somewhat akin to the interchange Warhol conducted with Edie and his other superstars. “Together,” Zac affirms, “we were able to create that kind of freedom and energy.” But times have changed since Andy was the godlike artist and Edie his submissive muse.  “In a lot of press about my work the word ‘muse’ has been in play,” the designer begins, “but it doesn’t do any justice to the relationships I have to the women in my life.  They are COLLABORATORS.  Our collaboration is about their strength and femininity, which are inspiring, rather than their look or physique or what fits on them or how good the sex is–well, I don’t have sex with them!” he pauses, chuckling. “This photo-essay is as much about Lola and Paz as it is about Edie.”