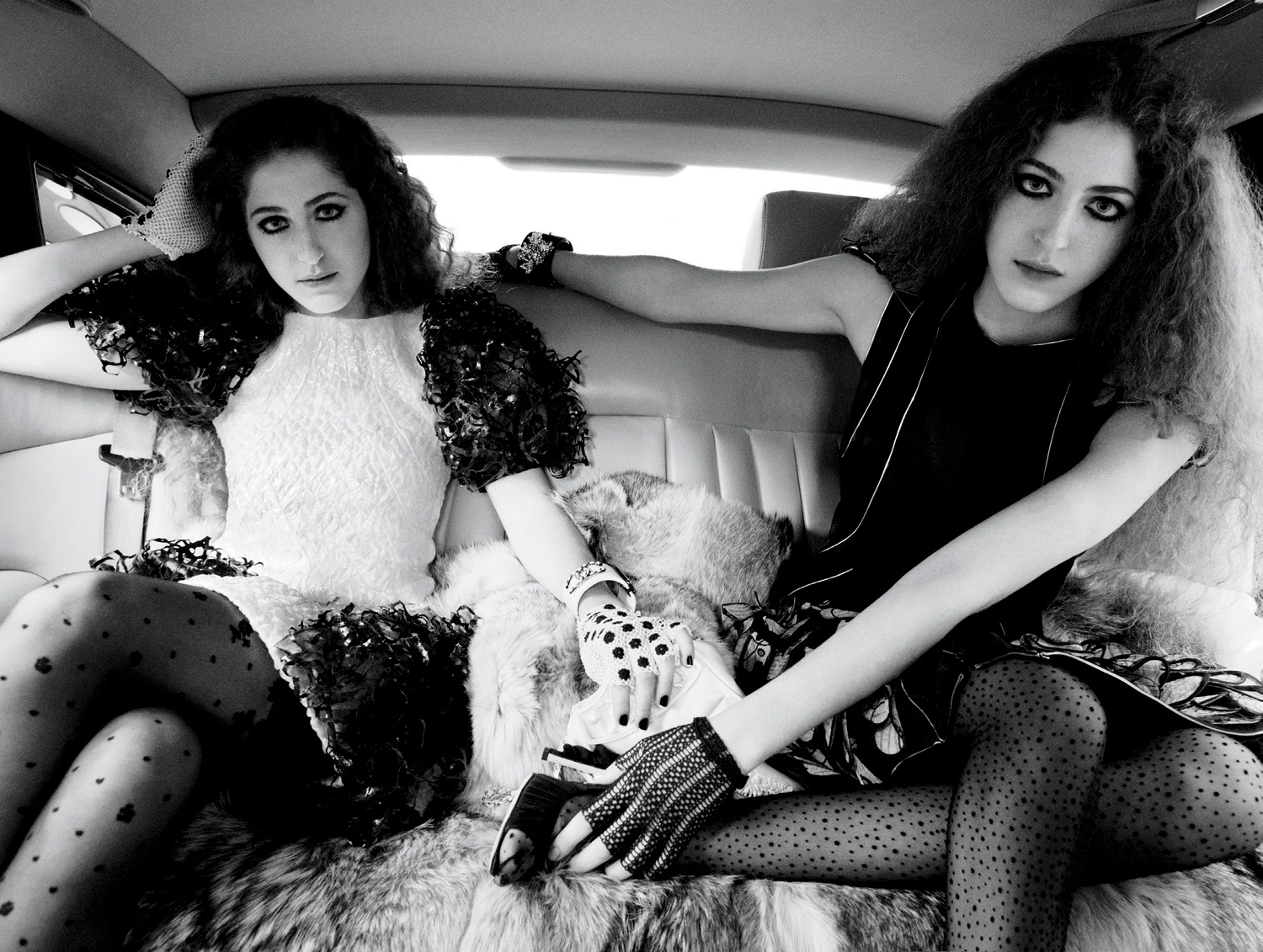 Haya and Sama Abu Khadra first went to Paris Fashion Week when they were 14. “When people came up to us and asked to take our picture, we were like, Why?” laughs Sama, her sister giggling in stereo. One glance at the Saudi-born Palestinian twins and the answer to that question is obvious: With their cascading curls and flawless complexions, the 19-year-old college freshmen have a look that is downright Pre-Raphaelite, further enhanced by their affinity for high fashion.

Scott Schuman of The Sartorialist was one of the first photographers to capture the Abu Khadras, but the accidental fashionistas admit they were not at all familiar with him or his site. “He was like, ‘I also photograph for Style.com,’ and we were like, ‘Oh, we know that one,’” says Sama. The twins’ mother, Rula, owns the upscale lifestyle boutique The Art of Living in Riyadh, Saudi Arabia, and the pair have been accompanying her on buying trips to Fashion Weeks around the world for several years now. The Abu Khadras credit their mother for most informing their style. “She taught us about what’s important: quality, material, cuts. She taught us what looks right,” says Sama.

Since moving to Los Angeles to attend the University of Southern California last year, the Abu Khadras have learned to appreciate the more laid-back vibe of American collegiate fashion, but their favorite designers remain Chanel, YSL, and Jil Sander, and they refer to their style, collectively, as “more dressed-up.” In fact, they refer to pretty much everything collectively. “Oh, when I say I, I always mean we,” says Sama. The two are so close that they share Twitter and Facebook accounts, have the same double major (fine art and film), and even do their school projects together whenever possible. While they haven’t ruled out pursuing fashion in the future, they say they’re currently experimenting with film, and developing a concept for an artist’s music video. They are also planning to do internships in the movie industry. But one thing is clear: “We know we want to work together, always,” says Haya. “Our ideas are different, but when we put them together, they just get bigger and better.”