All Clothing and Accessories by SAINT LAURENT BY ANTHONY VACCARELLO. Jewelry (worn throughout) DAVID’S OWN.

Welcome to Saint Laurent’s Interview: a collaborative project between our editors and Saint Laurent’s Creative Director Anthony Vaccarello, featuring Q&As with some of our favorite creatives of the moment. You’ll also find original fashion editorials and a portfolio of archival Interview photos of the likes of Bianca Jagger, Winona Ryder, and Keanu Reeves, reimagined in Saint Laurent by the collage artist Fabrizio Massimiani.

INTERVIEW: You’re in a unique position in that, as a photographer and a model, you both make and appear in images. What’s it’s like flipping between the two?

DAVID ALEXANDER FLINN: With everything I do, which includes my video and sculpture work, there’s this thread that I try to weave through everything to keep it cohesive. With the images I’m in, there’s a certain amount of control I have to give up.

INTERVIEW: When you’re modeling, you’re in the passenger seat.

FLINN: My parents always remind me of the statistic that 55 to 75 percent of things that happen to you are entirely random, so you have to be present enough in situations to understand how to make something yours. You get so much more out of working in a community than being headstrong on your own. One thing I have realized is that the people you surround yourself with, as with life in general, end up being integral to your success. INTERVIEW: Do you ever try to imagine what the photograph is going to look like?

FLINN: Letting go is definitely the hardest, toughest thing, ever. If something is so far away from who I am, I’ll definitely say something like, “Dude, no hard feelings, but I just don’t want this coming out. So let’s work on this together to figure out what’s happening.” Fortunately, that never really happens in such a dramatic way. I always try to do my homework before, so I don’t have to be put in a situation like that. There are people I’m just never going to work with, and that’s totally fine with me.

INTERVIEW: What do you think the word “iconic” means to people of your generation?

FLINN: We really deify brands. We’re the generation of spending. We don’t make money, but we somehow spend it more than any other generation before us. The idea of success has been entirely replaced by fame. Everything now is just, “How quickly can I get famous? I don’t even care if you pay me, as long as I’m famous.” 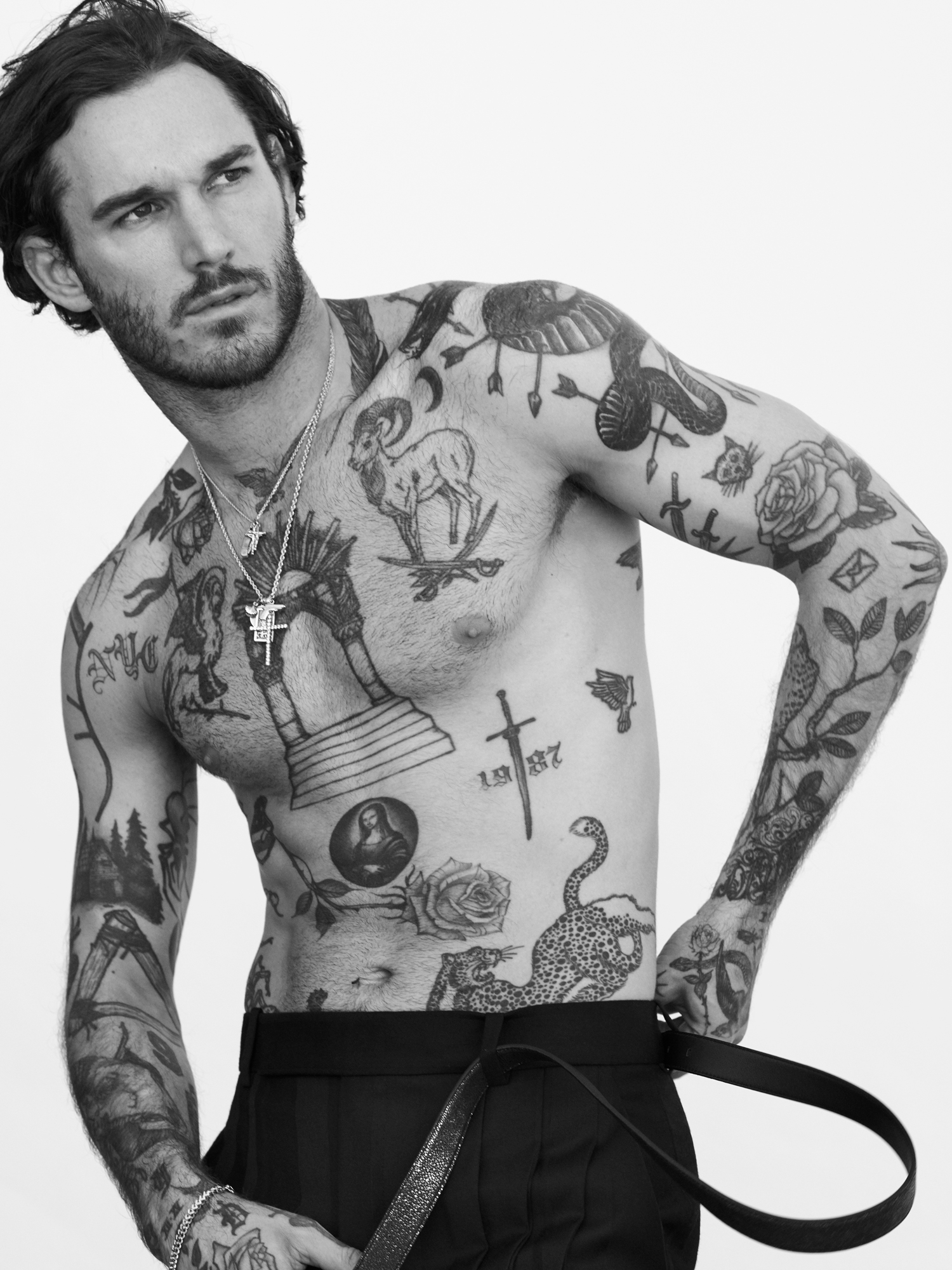 INTERVIEW: What do you think people want from fame?

INTERVIEW: Being lonely in a room full of people is the quintessential feeling of our time.

FLINN: So we seek the wrong kind of attention from people we don’t even really know.

INTERVIEW: What do you carry with you from your time as a construction worker?

FLINN: I’m always thankful for big-money modeling jobs. Twelve dollars an hour, carrying 60 sheets of four-by-eight drywall up five flights of stairs, you put some blisters on your hands. There are so many people out there busting their asses ten times harder than I ever will in my life, so I just try to stay humble. I’ve learned to appreciate everybody, from the bottom to the top.