The Unstoppable Jimmy Butler Has No Plans To Settle Down, Unless It’s Right After Breakfast 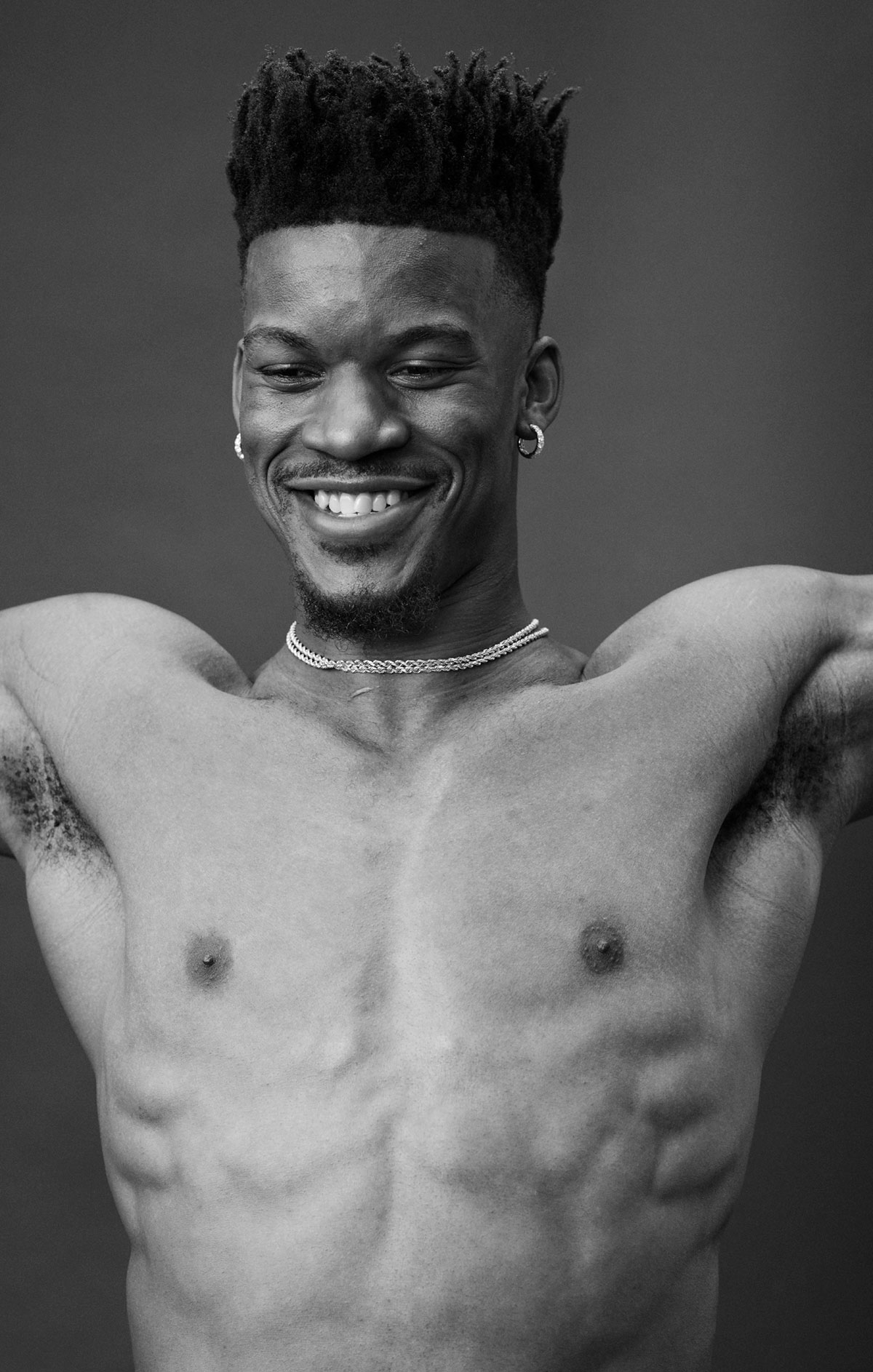 When he first arrived to play shooting guard for the Chicago Bulls in 2011, Jimmy Butler drove his pickup truck to practices and blared country music to hype himself up before games. Selected 30th in the draft, he seemed primed for a quiet, if modest career in the NBA. Then 2015 came around, during which he won the Most Improved Player Award and earned the nickname Jimmy Buckets for his ferocious ability to get to the basket.

After demanding a trade from the Minnesota Timberwolves last year—where he was once caught calling his then-teammates “Soft!” and “Not Shit!”—the 29-year-old shooting guard now finds himself leading the Philadelphia 76ers, one of the most promising young teams in the league. When Butler isn’t shredding defense on the court, he’s expanding his palate for wines at the suggestion of his friend, the actor Mark Wahlberg. In between home games, they connected on the phone to talk sports, Sassicaia 2010 (it’s a Bordeaux), and what life after basketball might look like. —NATHAN TAYLOR PEMBERTON

MARK WAHLBERG: Let’s get right into it. You’ve been described as someone who has a chip on his shoulder. Do you think that’s accurate?

JIMMY BUTLER: I think so. I think for a lot of my career, it was like that.

WAHLBERG: I would have credited that to most of your success, because you have this drive.

WAHLBERG: Do you think that being brutally honest has gotten you into trouble?

BUTLER: I think so, but I don’t think it’s wrong. I really don’t. Maybe my delivery is the problem. Everybody wants honesty until you’re honest with them. I hear so many people say, “I want the truth. I want you to be honest.” But the second you are, they’re like, “Damn, I didn’t know you were going to say that!” So am I wrong for telling you the truth just because you can’t handle it? Or maybe I know you can’t handle it, and I should sugarcoat it a bit? I will say being brutally honest has gotten me in a lot of bad situations.

WAHLBERG: Do you think you’ll tone it down a bit?

BUTLER: It’s hard for me because when I do it, it’s usually in the heat of a battle—when I’m in a game or I’m fresh off of a game. Maybe I should sit down and have people talk to me only when I’m calm, like right after breakfast. Sweater by BALMAIN Shorts, Tights, Socks, and Sneakers by JORDAN

WAHLBERG: What did you think about Coach Tom Thibodeau getting fired? [The Minnesota Timberwolves president and coach was let go in January.]

BUTLER: I think everybody knew it was coming. I hate to see it happen to my guy, though. He had a lot of power and a lot of pull. I’ve told everybody that one of the hardest things I ever had to do was tell him that I wanted to be traded. It took a lot out of me to sit down and tell him that.

WAHLBERG: Well, he brought you out there.

BUTLER: And then I had to turn around and be like, “It ain’t working. I gotta get up out of here.”

WAHLBERG: People want to know if I’ve ever tried to influence you to play for a team that I like. The Boston Celtics, for instance.

BUTLER: [Laughs] The world knows how highly I speak of you, and how much I cherish what you think, but you’ve always told me to just do whatever makes me happy. At the end of the day, it’s my life. I do ask you a lot of questions, and sometimes I have questions that I never ask, but in this particular instance I did ask. And you said the same thing you always say: “Just do whatever makes you happy.” Do I know where you would want me to go? Yes. But at the end of the day, you told me to be happy.

WAHLBERG: Who do you think is the most exciting player in the league right now?

BUTLER: I’d have to say either James Harden or Giannis [Antetokounmpo]. I mean, that guy just dunks every single basketball that he can. And he’s really fun to watch.

WAHLBERG: Has he dunked on you?

BUTLER: That’s not gonna happen. I’ll foul you before you dunk on me. WAHLBERG: Do you think you guys are going to win in the Eastern Conference?

BUTLER: I think we’ve got a really good chance. We’re still learning a lot, even though I got traded two months ago.

WAHLBERG: Are the Timberwolves playoff material?

BUTLER: I’m not going to lie to you — I want to see all my former teammates be successful, but I haven’t been paying attention to them too much.

WAHLBERG: What’s your plan after basketball?

BUTLER: I want to get into the movie scene.

WAHLBERG: What was the name of that movie you did? “Office Party”?

BUTLER: Office Christmas Party. It was the one I thought you were going to be in, and then, when I showed up, you weren’t there.

WAHLBERG: Hey! I told you these guys wanted to put you in a movie. I didn’t say I was doing it!

BUTLER: But I thought you were going be in the movie, too, since you asked me to be in it.

WAHLBERG: Oh, that was a miscommunication. My fault. I’ll put you in one of mine, don’t you worry.

BUTLER: The crazy part is that I know what your trailer looks like, so when I got on set, I was like, “I don’t see his trailer. Where’s it at?” Then they were like, “Who?” So I said, “Mark Wahlberg. Where’s his trailer?” And they told me, “He’s not in this movie.” Coat by Salvatore Ferragamo. Shorts and Socks by Jordan. Shoes by Church’s.

BUTLER: I was in scenes with Olivia Munn and Jason Bateman. They were like, “Yo, just go out there and be you. You don’t have a huge part.” And I was like, “Well, thank you for letting me know that I’m not that important to the movie.” I’m not saying I’m a natural, but I didn’t think I was half bad.

WAHLBERG: How was your recent trip to the Sassicaia winery in Tuscany?

BUTLER: The trip was legit, man. I appreciate you for setting it up for me. Actually, we have an episode on my YouTube channel about the whole thing. Being from a small town, I never knew these kinds of moments were possible. They weren’t in the cards for me, so I just kept shuffling until I got a hand that I liked. I’ve been fortunate to be around some really good people who really care about me as a person. Most of the time when I talk with you, we never talk about movies or basketball. It’s always about how we’re doing—the family, stuff like that. That’s what means the most to me because this isn’t pretend. This is a real brotherhood.

BUTLER: Her birthday is soon, right?

BUTLER: That’s my best friend in the world, I’m not gonna lie. Once she trusts you, she’s on your side.