Leyna Bloom Is on a Mission to Take Over the World 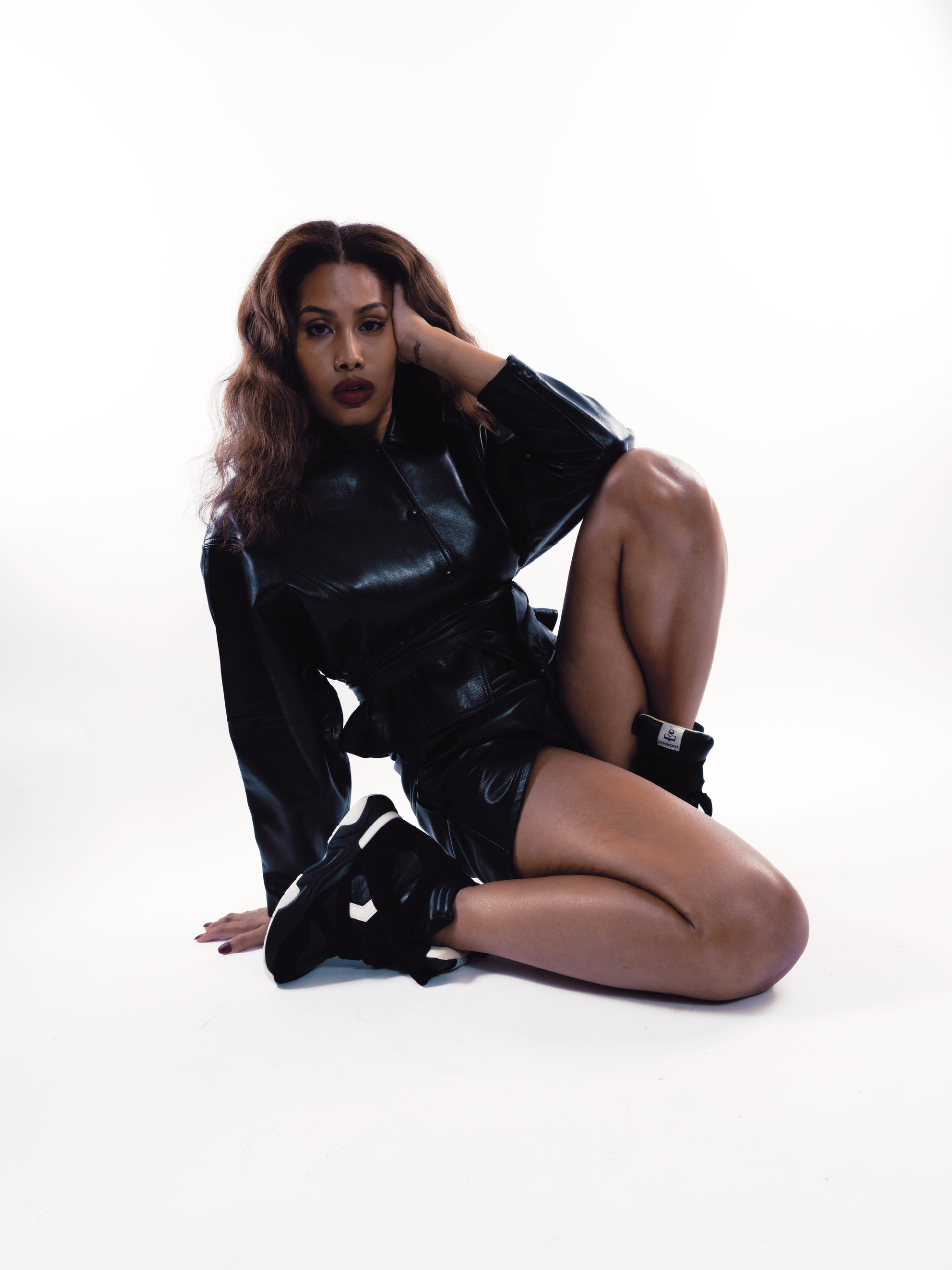 Leyna Bloom. All Clothing and Accessories (worn throughout) by Isabel Marant.

You see her, and it’s 10s across the board. It’s the piercing gaze, the Old Hollywood glamour, and that unmistakable New York swagger. From her starring role in the Martin Scorsese-produced romance Port Authority, to her appearance in the final season of Pose, to her boundary-smashing cover shoot for the Sports Illustrated Swimsuit Issue, the name on everyone’s lips is Leyna Bloom.

ERNESTO MACIAS: On Port Authority, you worked with Danielle Lessovitz, why was it important to you to be part of a female-led movie?

LEYNA BLOOM: I loved what the story was about. I understood it was a perfectly imperfect story. I love the glamour of my lifestyle and the glamour of this industry, but I understand you can’t have that without the darkness and the complexitiy, so I was just waiting for the right material. As an actor, you want to make sure that you pay close attention to what you do, especially right now.

MACIAS: Can you tell me about that moment when you were discovered?

BLOOM: I was in a store, flipping through a book that had images of all these beautiful Victoria’s Secret models, like Cindy Crawford and Cameron Diaz. The owner of the store saw me and she was like ‘That’s my husband’s book. His studio is in SoHo. You have a really good look. You should email him.”

MACIAS: When did you know that you want to pursue acting as a career,?

BLOOM: At a young age, I lusted over the idea of one day being a Bond girl, or at the very least an actress. But that opportunity wasn’t really attainable, because those spaces didn’t allow us in the room unless you were a makeup artist or a hairstylist. MACIAS:  What were your first auditions like when you started getting into acting?

BLOOM: Every audition I went to, even if they said no to me, was a way to build my armor, to build my skin, to prepare for anything and everything.

MACIAS: How has Chicago, your hometown, influenced you and maybe some of the roles that you choose?

BLOOM: Chicago has a long legacy of Black entertainment coming from marginalized communities and going mainstream. I’m standing on the shoulders of those people, and I take that everywhere I go.

MACIAS: You were part of the last season of Pose. What did you take away from being part of such a widely-loved show in the mainstream?

BLOOM: The most important thing I took away from Pose is the idea that my brothers and sisters, who are now my colleagues, can look out at each other and say, “Finally, we are here.”

MACIAS: Let’s talk about Port Authority, a film that’s sort of a love story for the modern age. Why do you think it’s important for people to see it?

BLOOM: Romeo and Juliet, West Side Story, Port Authority. There are so many ways to express love across different decades, and this is one of those works that symbolizes where the world is heading, and the type of relationships that people are going to be seeing, and the type of conversations that people are going to be having.

MACIAS: Have you thought about playing trans characters in the future, or is that something that you haven’t thought about?

BLOOM: I’m so oblivious to gender and identity, that the idea of just being an actress playing any role is good enough to me. I could play a man, a trans woman, an old woman, a young woman. As an actor, my responsibility is to act.

MACIAS: I know that you also have some dance training, you’re a dancer?

BLOOM: I used to be a professional dancer. I was taking tap, jazz, and lyrical. Then I got into the ballroom and it became voguing. I’m not as flexible as I used to be, but I can show you a little somethin’-somethin’.

BLOOM: My mission before I die is to be on the cover of every magazine I’ve ever wanted to be on. I’m young, I’m in my prime, I can do that.