Gustaf is the next need-to-know Skarsgård 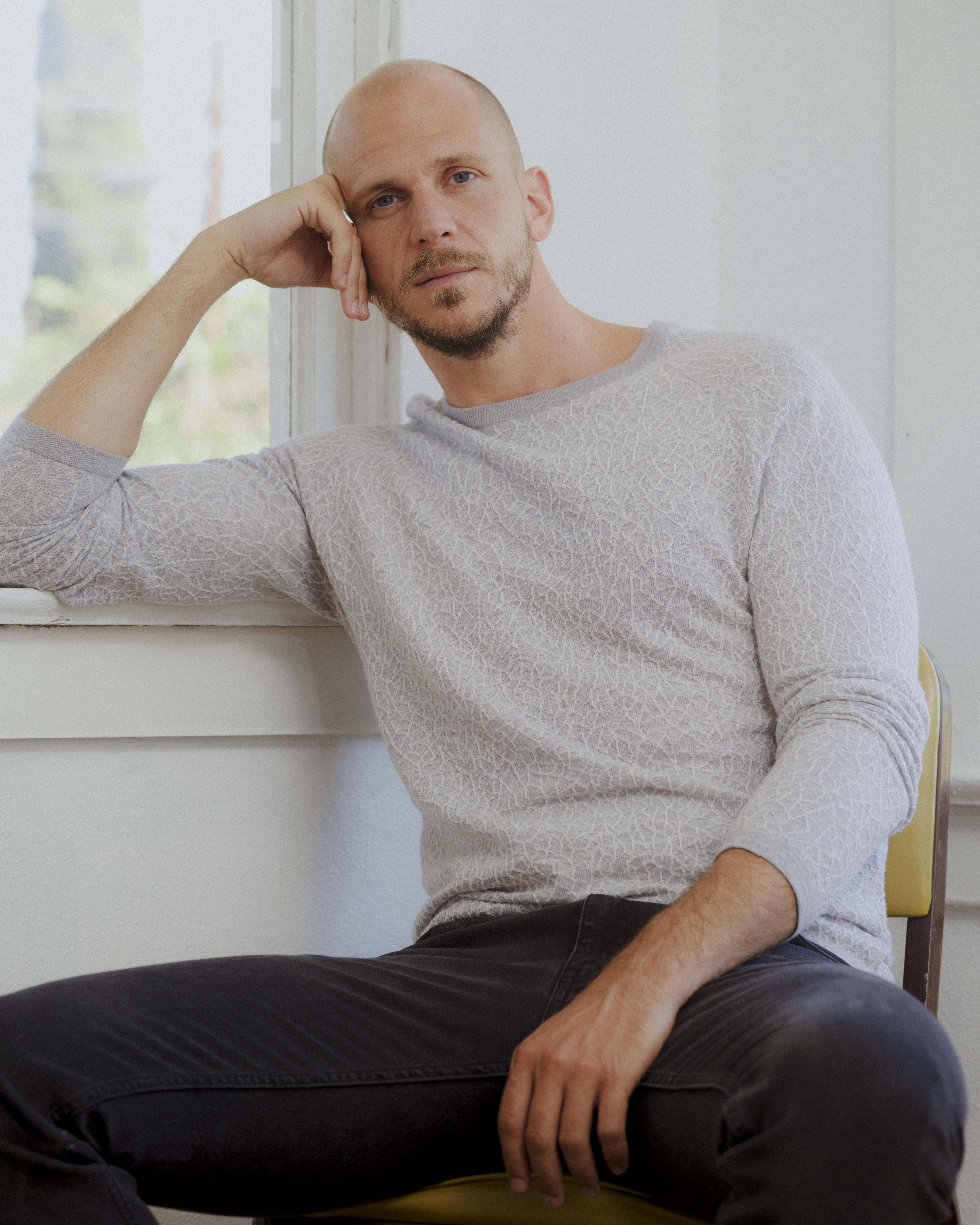 “It’s been a trippy month,” says Gustaf Skarsgård. After landing his “dream job” as a regular on season two of HBO’s robo-Spaghetti western Westworld—the 36-year-old Swedish actor and second-eldest child of the Skarsgård acting dynasty—watched as his younger brother Bill rose to fame as the star of the record-breaking horror It.

A week later, he witnessed his close friend, whom he’s known since the age of 12, actor Matias Verela, achieve acclaim with his role in Narcos. And the week following, celebrated the Best Supporting Actor Emmy win for older brother Alexander (Big Little Lies), perhaps the most well known of the Skarsgårds—following their father, of course, the prolific Stellan Skarsgård.

“This all happened within three weeks,” Gustaf says, as we chat in a West Hollywood cafe. “This isn’t normal to me. I’m never jaded to this. It’s so surreal, fully, where I have to question existence.” A couple of months prior, he was in a very different place. After wrapping the fifth season of History’s Vikings, on which plays the role of boat builder Floki, he took a trip to L.A. last spring to audition for a few projects, including Westworld.

“It was a really, really hard scene, a long speech,” he says of the audition. “I only had two days to prepare, so I thought I fucked it up. I called my manager and was like, ‘No, this is not my role. This is not going to happen.’ I went back home to Sweden and heard back ‘No’ on all the other projects [I auditioned for]. Westworld was the one that I wanted the most, but since I had given up on it, I was like, ‘OK, this is it. There goes my acting career.’”

He reached a really low point, he says, likely compounded by witnessing the enormous success of his brothers. Instead of hosting a pity party, Skarsgård picked himself back up, headed to the gym, meditated “and booked a really nice restaurant for me and my girlfriend. Then, one hour before we headed out, I got the phone call that I got the part.”

On the forthcoming season of Westworld, he plays Karl Strand, “a white-collar guy comfortable in the field,” as previously confirmed by the show.

“I’m kept on a need-to-know basis,” he says, contractually obliged to keep his mouth shut. He does, however, share that the character is a “man with a military background, who you call in to solve shit, get shit done.”

His first day on set, he shot scenes from episode three of the second series. He had been given the scripts for the first and third episodes two days prior.

“It was a long, three-and-a-half minute walk and talk scene,” he said. “And the first shot was a steady camera shot covering the whole scene, which means you can’t mess anything up. So you have to be on point to carry the whole scene through, and I was driving the scene as well. I don’t think I’ve ever been that professionally tested before.”

“It was survival mode,” he continues. “But also very exhilarating and exciting to be that challenged. I’m on this set that I’m a fan of, acting with people that I love to watch on television, and I have to carry this fucking scene, it’s on my shoulders, and I’m surviving.”

It’s always a game of trust, he says, of confidence and insecurity: “And you need all those aspects. If you’re all confidence, you never evolve or take risks. You’re just stagnating in your artistry, whatever you’re doing.”

“Can you repeat that for my Instagram?” a woman sitting nearby chimes in. “That was the mantra for life.” Skarsgård bursts into a fit of genuine laughter.

“I’m serious,” she continues. “Can you repeat that?”

“I honestly don’t remember what I said.”

It was a very L.A. moment, a life far removed from his world in Viking Sweden. After landing a role in Peter Weir’s 2010 The Way Back, his first big picture outside Scandinavia, Skarsgård was often asked, as he has been throughout his career, whether he planned to move to Hollywood. He’s been coming to L.A. with his father since he was a kid, and of all his siblings—altogether they’re six (and practically all over six feet tall) with two younger half-brothers—he was the first to choose acting, at the age of six.

“To any child, the first occupations that are presented to you are your parents’,” he said. “I was appealed to my dad’s occupation from the get-go.”

He studied acting throughout his life and attended a drama conservatory for college in Stockholm. Due to his last name, he was offered parts on soaps. “I said no. I was really pretentious in a sense and was like, I’m going to drama school, to learn the craft. But in hindsight, I’m really grateful for that 17-year-old that got that that early.”

He didn’t grow up with a “Hollywood dad”, he says, but he’s well aware of his acting lineage. His brother Alexander, he said, also worked as an actor as a child and decided to pursue it seriously in his late teens, early twenties.

“For him, it was also similar—‘Is it even possible to pursue this dream?’” he explains. “Whereas for Bill, he grew up with dad and me and Alexander. I would imagine that it would put even more pressure on you. Are you going to be the fourth one now to prove yourself? And not to mention my brother Valter, who’s also an actor, the fifth one. Depending on where we fall in the numbers of the siblings, it was different for all of us.”

“I expected to be doing basement theater in the suburbs of Stockholm,” he admits, briefly pausing to feel the weight of what will likely happen in his life now that he’s joined one of television’s most popular series. “But here I am.”

SEASON FIVE OF VIKINGS ON THE HISTORY CHANNEL WILL PREMIERE NOVEMBER 29, 2017. SEASON TWO OF HBO’S WESTWORLD IS OUT NEXT YEAR.