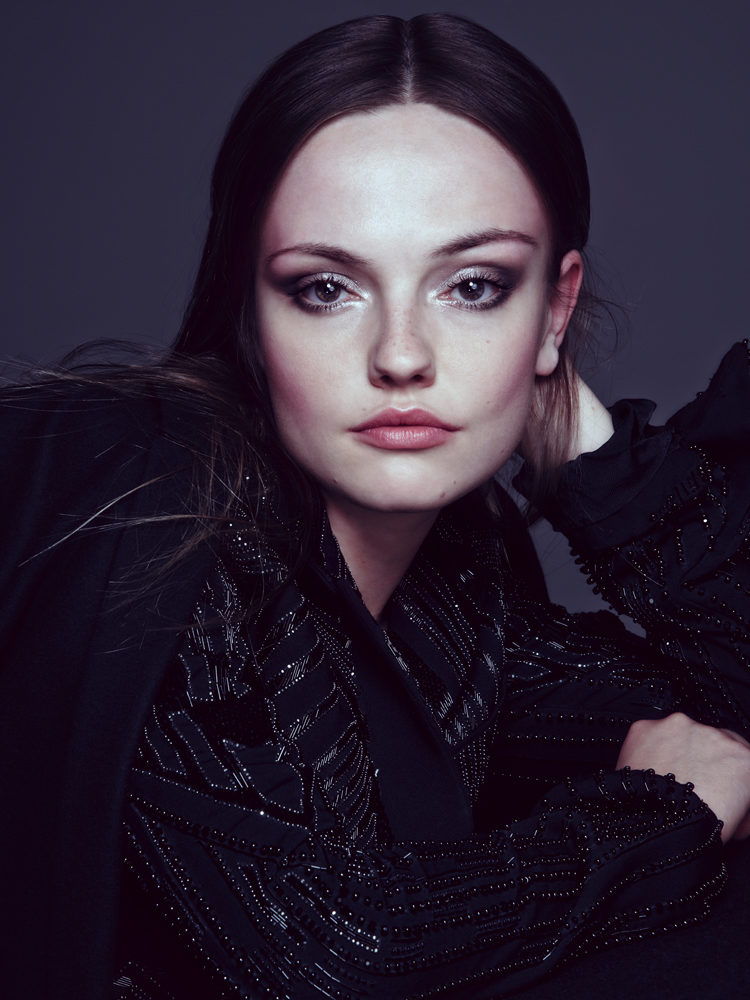 Wearing jeans and a pile of vintage jewelry—plus black nail polish from her photo shoot the day before—Emily Meade walks into the Smile, a cafe in the East Village neighborhood she calls home. It’s immediately clear from her casual slouch that this chick is a New York actor. “I’ve always viewed living here as a filter,” the 25-year-old explains, fiddling with but rarely sipping from a cup of green tea. “The quantity of roles is less than in L.A., but the kind of films and shows I’m interested in shoot here. Also I don’t have a driver’s license.”

On HBO’s The Leftovers, which stirred up a lot of buzz when it premiered over the summer and has already been renewed for a second season, she plays a teenager living with her best friend in a world where 2 percent of the population has just disappeared into thin air. Having been a raccoon-eyed, fishnets-wearing student at LaGuardia High School of Performing Arts, Meade brings a cutting realness to the character. Her emotionally volatile scenes and the sexual innuendo she builds with her friend’s father give the series a vital dose of drama. According to Meade, her character possesses a powerful sexual innocence. “You don’t necessarily realize your sexual powers at that age, so it’s a weird thing. I remember being 15 and some guy on St. Marks asked me to be a dominatrix,” she recalls. “And I see it in young girls now. I wouldn’t want to go back there, but it is an interesting thing to possess.”

This fall, Meade appears in the indie drama Bluebird, about a small Maine village that is torn apart by tragedy; in it, the actress again plays a bereft high school student who seeks out stability by pursuing a sexual relationship with the wrong sort of guy. Regarding her own future, however, Meade is happily unsure of what comes next. She just performed in Domesticated, a play by Tony- and Pulitzer Prize-winning playwright Bruce Norris, which was staged at Lincoln Center. And she has one, possibly two, bigger film parts for which she’s in contention. “I expected to already be in position by now where I was choosing the parts I wanted and on my way to being bankable,” she says before adding with a smile, “but I’m still hustling.”