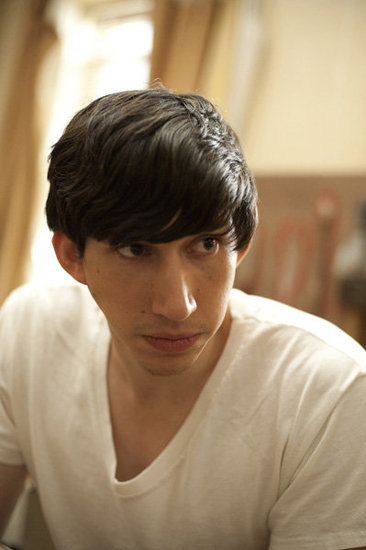 ABOVE: ADAM DRIVER IN GIRLS. IMAGE COURTESY OF HBO

You might not know Adam Driver’s name quite yet, but you’re about to. The 28-year-old actor has managed to fly far enough under the radar to avoid the perils of high-stakes celebrity but close enough to it to rack up quite the impressive list of theater credits: opposite Frank Langella in Roundabout’s Man And Boy, replacing Zachary Quinto in last year’s Angels in America, and starring in John Osborne’s recent Look Back in Anger. Now, though, he’s posed to make himself known on both big and small screens. As if it weren’t enough that he recently wrapped Steven Spielberg’s Lincoln and has landed a plum role in the Coen brothers’ upcoming Inside Llewyn Davis, Driver is to make his HBO debut this Sunday on Lena Dunham’s hotly-anticipated new show Girls. We chatted with Driver about the Marines, HGTV, and the infectious positivity of Ms. Dunham.

KEELY WEISS: I guess we’ll start with the basics. Has acting always been your thing?

ADAM DRIVER: I mean, I did plays in high school, but I was convinced you couldn’t make a living doing it. You don’t have a lot of options in Indiana anyway, though, so I didn’t want to stay there. I graduated early and worked a bunch of really odd jobs and then I joined the Marines.

DRIVER: Yeah, September 11 happened and all my friends were like “Let’s join the military!” and I was the only one who actually did. September 11 was part of it, but I also needed to get out of that city. Not that I’m not grateful for having grown up in Indiana, but I needed to get out of there, and the Marine Corps was a nice, stable option. I had nothing going on, other than selling vacuum cleaners, so I made the decision in January and by February I was gone.

WEISS: You can’t have been in the Marines very long; you’re so young.

DRIVER: I got out early, actually. I was in a mountain biking accident and broke my sternum about three months before my unit was supposed to deploy to Iraq, and it’s such a close-knit community that the idea of not getting to go is hugely jarring, so I tried to get put back in training and wound up injuring it worse. So I got discharged and said, well, I guess I’ll go to acting school now. I’d known that Juilliard was supposed to be the best so I was like, “I wanna go there, and I was just in the Marine Corps so I can do anything!” I had this false sense of…

WEISS: Not necessarily false. You got in, after all.

DRIVER: Yeah, that’s true. [laughs] Then things kind of got fast after I graduated. The first job I got was this TV job in this show called The Unusuals. Then I did a play called Slipping, and at the same time I was rehearsing another play at Playwrights Horizons, and that kind of snowballed into a bunch of plays.

WEISS: Had you lived in New York before you started going to Julliard?

DRIVER: No. I moved here the summer before I started to work and get acclimated to the city, and my stepmom had an uncle here who lived randomly in Hoboken and lived on the top floor of his house, so I stayed in his closet. I had two bags full of clothing and I lived in his closet until I got an apartment in the city.

WEISS: I’m sure people would be willing to pay hundreds of dollars of rent for that closet.

DRIVER: Oh, absolutely. Me and my girlfriend have these conversations all the time. We’re kind of obsessed with HGTV, and we were watching House Hunters the other night and it’s like you can buy a palace for what a single room costs here.

WEISS: How did you get involved with Girls? Just a standard audition, or did you know somebody? It seems like such a tight-knit crowd.

DRIVER: My agent set it up, but there’s definitely that community there. I think that’s definitely how a lot of these projects work, friends working with friends, but I’m so new and I’m meeting these people as I go along.

WEISS: Yeah, at least one of the other cast members was carried over from her film Tiny Furniture.

WEISS: It looks like a great show. I imagine you had a great time working on it.

DRIVER: It was definitely great to be involved. Lena’s characters—especially her female characters—are so three-dimensional and never seem in any way stereotypical, which was amazing to be a part of. It was such a collaborative group of people on-set that you couldn’t ask for better circumstances. It was just so open and young.

WEISS: Yeah, Lena Dunham is only, what, 25, and she’s already a showrunner.

DRIVER: Well, she definitely has insight beyond her years. She’s also perpetually happy, which is awesome to be around—having her in the room is really the best scenario if you’re gonna spend that much time being really intimate with someone.