Christopher Makos was fairly new to the city when, in the early 1970s, the writer Dotson Rader introduced him to New York’s intellectual and artistic elite. Soon, the self-described “gorgeous blonde kid from Southern California” was socializing with the likes of Truman Capote, Gore Vidal, and Tennessee Williams. But it wasn’t until Rader brought the budding photographer to an Andy Warhol exhibit at the Whitney Museum of American Art that his future came into focus. Makos soon found himself inside Warhol’s inner circle, accompanying him on transatlantic trips and mingling with the biggest stars at the time—and the biggest Superstars at The Factory—with his camera always close by. Their friendship left Makos with a bounty of iconic images, many of them commissioned by this magazine, that line the walls of his Flatiron studio. Here, he takes us on a little tour. “Andy worked out about two to three times a week. Lydia, who ran the Soho Fitness Center, would come over and work him out, kind of the way trainers come to people’s houses now. This picture came about because I happened to be there when it was going on. I often had my camera with me, so if I thought it would be an interesting picture, I took it.” “This was after he met Stephen Sprouse, who kind of dressed him. This reflects the look that Stephen kind of gave Andy. Andy would buy his wigs extra long so that he could go get them cut at the barber just like regular people do. It’s Andy’s favorite portrait of himself. He’s never looked that good. When I show it to a collector, I like to show it upside down, because the world with Andy was so upside down.” “This is a stolen photo. When we were in Madrid, a Spanish photographer came up to us and said, ‘Andy, put this flag around yourself and just start painting it.’ And I was there, so of course I took a picture. Mine became famous, because I learned from Man Ray that as a photographer, you don’t keep giving out new photos all the time. Just keep giving them the same photo over and over, and it makes that photo famous.” “Liza [Minnelli] was at The Factory, and John [Lennon] had just happened to come by. When I used to do my two-page column for Interview, I’d always try to find a specific theme. This was for the February issue, so the theme was Valentine’s Day. All these famous people would come up, and I’d have them kissing Andy. I’d have Andy kissing John, Andy kissing Liza, Andy kissing everybody.” 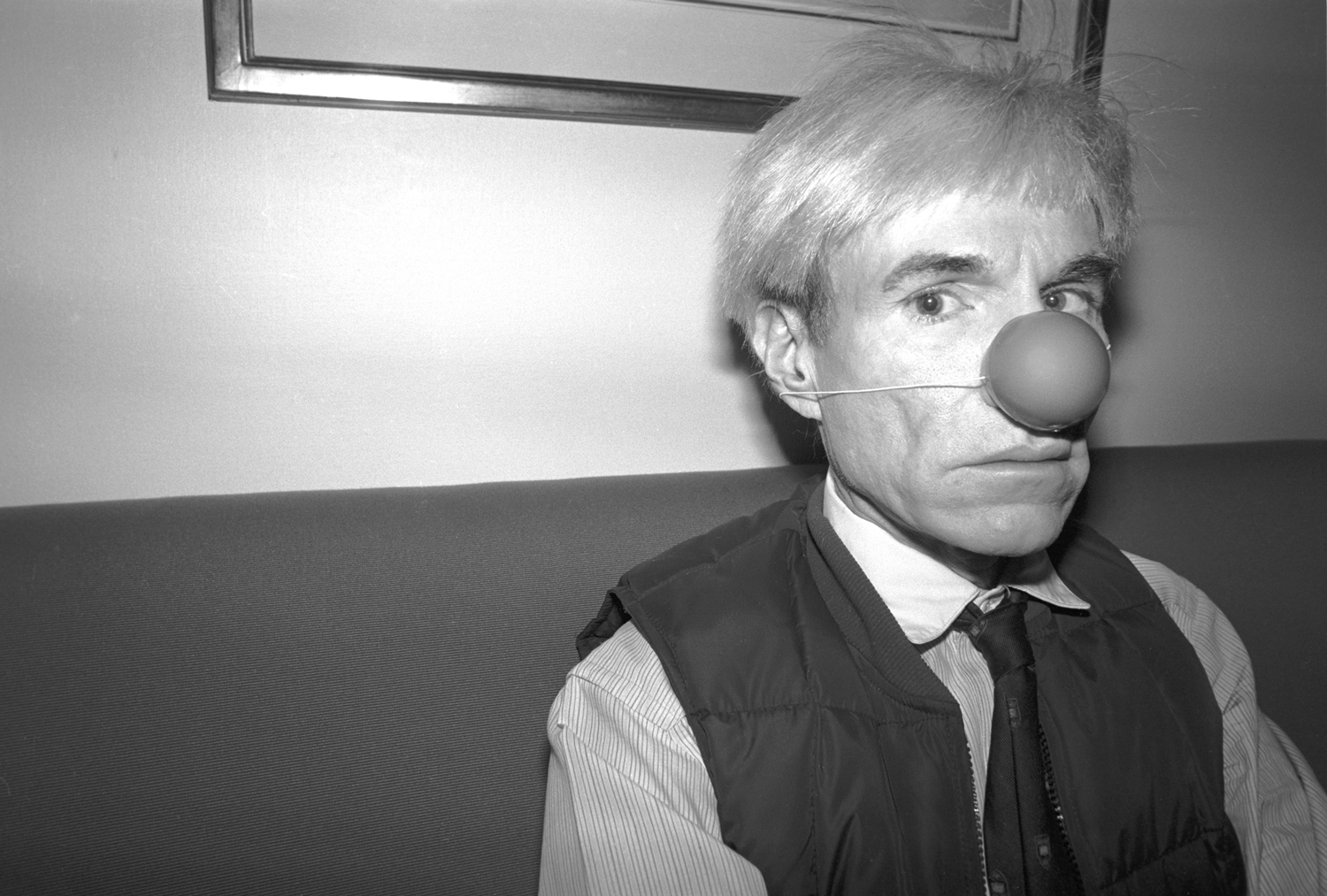 “This was taken in Zurich at the beginning of Lent. Thomas Ammann, who was a big art dealer at the time, had invited us to a circus. This must have been after the circus, at dinner somewhere. I told him to put on the nose so the picture would be more fun.”

“We were looking for some historical artistic context, and Man Ray and Marcel Duchamp did a series called ‘Rrose Sélavy,’ where Man Ray photographed Duchamp in a wig for ladies. We thought we would base it on that. We had two day of shoots, five wigs, and took 365 different pictures. We called it ‘Altered Image’ because he’s not wearing drag—we were simply altering his image. Halston actually offered to lend us a dress, but we said, ‘No thanks.'”