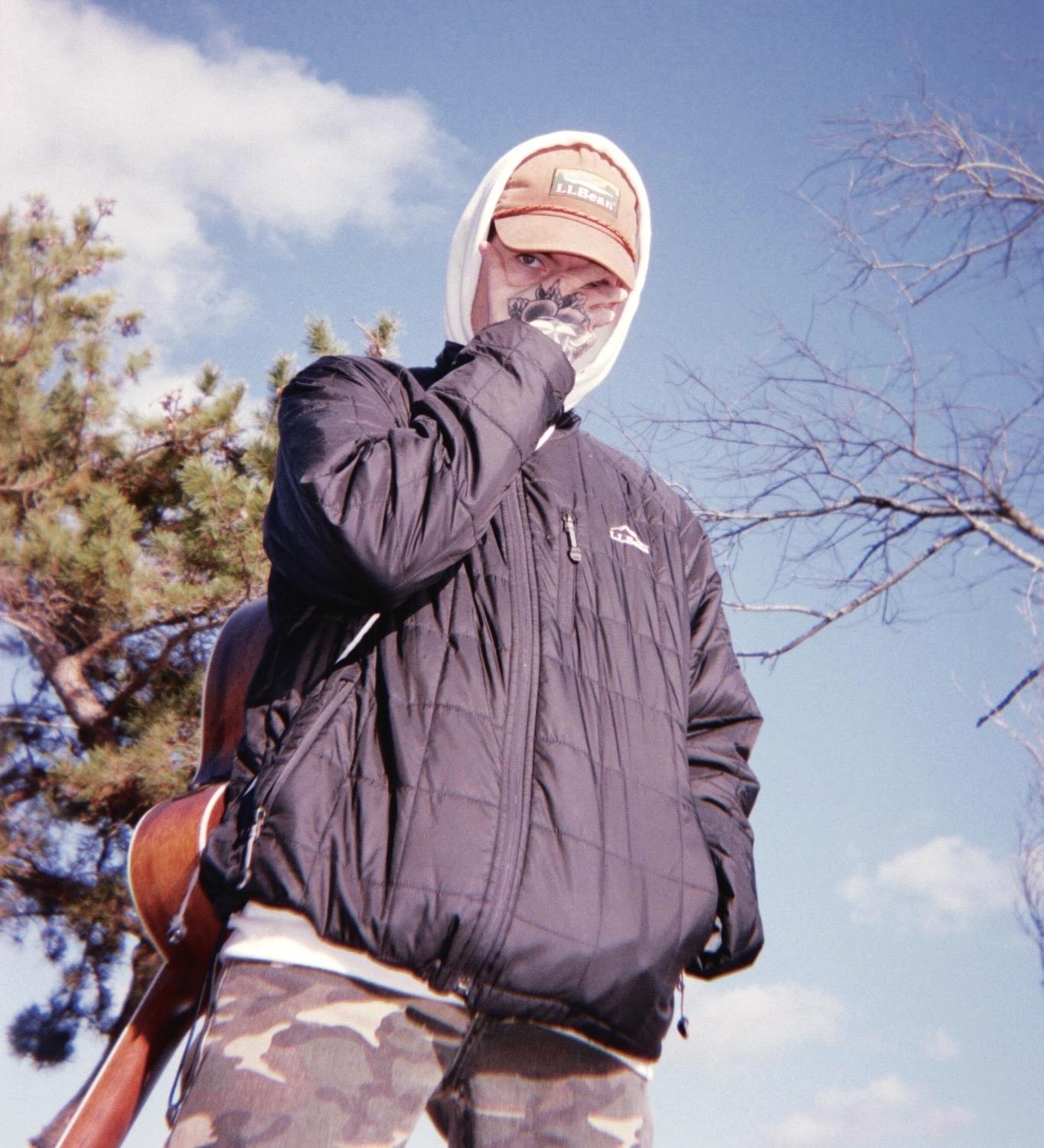 On his song “hammer,” 25-year-old emo rapper Joe Mulherin (better known as nothing,nowhere.) reflects on his miraculous move from SoundCloud anonymity to being named one of The New York Times’ breakthrough artists of 2017: “I did it all on my own, no promo / I got fans gettin’ tats of my logo.” The logo in question is an outline drawing of a grim reaper, also the name of his major studio debut, REAPER, just last year—and with its release, Mulherin didn’t just make his mark in ink. He has solidified a rabid fanbase. On the follow-up, RUINER, released last month through the legendary emo imprint Fueled By Ramen, he continues, with heart-wrenching pathos, to explore the place where guitar-driven indie rock and atmospheric hip-hop intersect. As Dashboard Confessional’s Chris Carrabba told the New York Times, Mulherin “seems to have embraced the best pieces of [emo] and laid the tropes aside.”

Mulherin comes by his musical inspirations honestly. His love for the woods of his home state of Vermont (“Playin’ guitar like a young Santana / Reppin’ VT like my name Bernie Sanders”) is perhaps only matched by his deep appreciation of classic emo and rap-rock, from American Football to Linkin Park. Though he brands himself with a symbol of death, Mulherin’s fascination with it doesn’t extend too far beyond aesthetics. Still, as he prepared for a five-month international tour, we had to ask which cherished tracks he’d pick to soundtrack his journey to the great beyond.

“I’m Not Afraid to Wait for You,” Two Bicycles

NOTHING,NOWHERE.: I discovered Two Bicycles a few years ago. I listen to it pretty much daily. It’s an instrumental project. I just think instrumental music is really important and beautiful. I think it allows you ingest the sounds and textures while creating your own narrative in your mind. And I think that’s a cool thing for a funeral. This particular song has a somber yet uplifting tone to it that I really enjoy. I think this would be great for a funeral.

“One of These Days,” Owen

NOTHING,NOWHERE.: I’m obviously a huge fan of Mike Kinsella and American Football in general. I really like this song because it has this apathetic glaze over it. There’s a lot of existentialism in it, and I like how it outlines little intricacies in people’s lives. I feel like at funerals people expect you or whomever’s speaking to focus on the grander moments in your life, but a lot of the best things about life are the little things that are all but forgotten. Like, he talks about saving money to buy guitar strings and a bicycle seat. I just think it’s kind of a fun song.

NOTHING,NOWHERE.: This song just reminds me of growing up. I have a lot of memories of listening to this song, driving around in my first car when I was 16. I’ve always been infatuated with The Postal Service and Ben [Gibbard’s] lyricism. If I could write half as good as he could, I would be ecstatic.

MURNIGHAN: Were you a big Death Cab fan?

NOTHING,NOWHERE.: You know what, I like Death Cab for Cutie, but I feel like The Postal Service was like … I don’t know what it was about it. I was into electronic stuff so it really spoke to me. He’s just amazing. He was the OG. Also in that song he has the line, “I’m a visitor here, I’m not permanent.” So obviously very fitting for a funeral.

NOTHING,NOWHERE.: This is kind of a repeat because I already had a Mike Kinsella project, but anyone who knows me knows that I’m obsessed. I’ve probably listened to this song more than any other on this list. It’s so painfully nostalgic for me, but in a good way. I just feel like anyone who knows me would expect to hear American Football at my funeral, and if they didn’t, something would be wrong. So I had to put it on.

NOTHING,NOWHERE.: Again, I feel like it’s a recurring theme where I’m picking songs from growing up. I’ll branch out and listen to new artists and new music, but when it comes down to it, every day I always listen to the same stuff I discovered when I was younger. So, yeah. Fitting title, amazing musician. That’s pretty much all I can say. Everybody knows Sufjan. I really like him.

NOTHING,NOWHERE.: [Nakai makes] Native American Flute meditation music. This song is off of his album that came out in 1987 album called Earth Spirit. I like to meditate to this song almost every day, and I actually bought a spirit flute two years ago so I could learn to make sounds like this. I bring it everywhere with me now. I don’t know, I think this would be a great last song for the whole service. Maybe they could bury me with my guitar and my flute.

MURNIGHAN: How did you get into that?

NOTHING,NOWHERE.: I don’t know. I started meditating seriously probably like, six years ago. I was on iTunes or something, looking up meditation music, and at the time I was doing a project for school on Native American culture in the Northeast. I was really interested in Native American culture and the textures of the spirit flute just really spoke to me. It’s really calming. Ever since then I’ve been super into it.

Action Bronson and CC Sabathia Plan Their Next Cheat Day