LP After the Storm 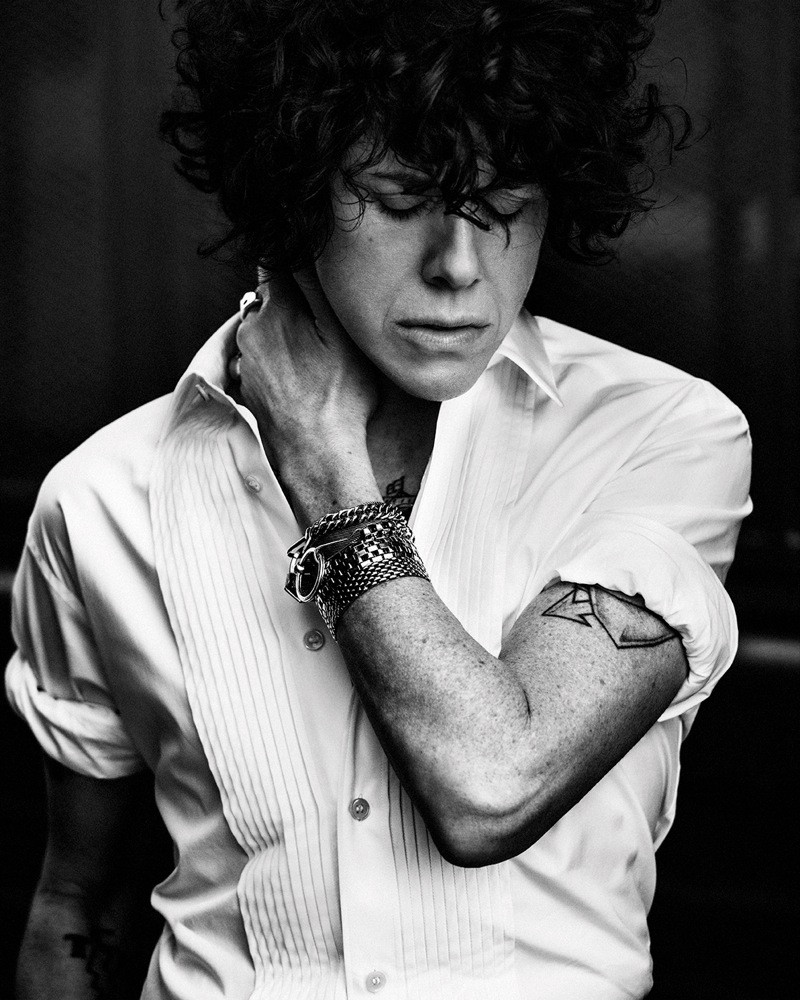 A quick Google search on alt-rock singer-songwriter LP will summon a surfeit of comparisons to the late Janis Joplin. Take one listen to her crooning voice on the painfully relatable and lovingly emotive track “Lost On You,” and you’ll understand why. Born Laura Pergolizzi in Long Island, New York, the 37-year-old has released three full albums thus far: Heart-Shaped Scar (2001), Suburban Sprawl & Alcohol (2004), and Forever for Now (2014). Partially dissatisfied with the existing repertoire, Pergolizzi is currently working on her fourth studio effort, due for release later this year via Vagrant.

More than just crafting some of the most compelling rock music we’ve heard lately, LP simultaneously pushes her boundaries by writing for pop artists like Christina Aguilera, Isabella Summers of Florence and the Machine, and Cher. Some of her most noteworthy writing credits in her decades-long history include the Backstreet Boys’ album Unbreakable (2007), Rita Ora’s single “Shina Ya Light” (2012), and Rihanna’s song “Cheers (Drink to That)” (2010). Now based in Los Angeles, Pergolizzi remains refreshingly raw, impartial, and seemingly limitless.

Ahead of her performance today on Late Night with Seth Meyers, we spoke with the artist about writing for other artists, her love of Los Angeles, and how a painful break up can turn into the most powerful tool.

MATHIAS ROSENZWEIG: Recently, you’ve been very involved in making music for other artists. What has it been like returning to your own project?

LP: It’s great. I’m always working my own thing. A few times a week—I try to not go too crazy—I’m working with some other artist. But I’m constantly working my own stuff, and my own stuff seems to come in little bursts. I just went through a really crazy year. I got out of a long-term relationship, got into a new one, and while it was going on I was a little dormant. Before something happens, when I can feel it’s about to happen, and after something happens, seem to be when I get busy. When it’s happening, I feel very lost. It’s easier for me to write for other people then.

ROSENZWEIG: It sounds like you write your own stuff during the calm before the storm, or the calm after the storm.

LP: I can’t describe it. Before I even knew I was gonna go through this break up, that’s when a blast of things happened. “Lost On You” came from [those] depths. When I listen to it now, I’m like, “Wow, you really knew what was happening, even though you felt like you didn’t.”

It’s interesting when you write something for somebody else and then you’re like, “Oh man, I just laid my whole trip on them and they don’t even know!” It’s probably something they’re going through too, or will go through or have gone through, but I just laid it all on them somehow. I’m like, “Whoops, sorry! Feel my pain!” Even when you’re writing for somebody else, I think you have to still write for yourself. That’s why it’s good to have so many experiences.

ROSENZWEIG: Articles about you tend to hark on similarities between you and Janis Joplin, as well as Florence Welch. Do you find validity in this?

LP: [Florence is] one of my best friends and a writing partner. I’m not like them, but I feel like I can conjure the muse or that raw power of sorts. When you conjure that up in order to perform, or do your thing, I aspire to that. I don’t want to say I’m like that, but when I see footage of Janis Joplin playing, or the many times I’ve seen Flo, I’ve been right there and she’s inspirational. I think she’s the best female vocalist and performer out there today. I really do. She really just goes for it. I’ve seen her command 50,000 people at Lollapalooza from backstage. It’s like, “Whoa, this chick has fire in her.” So I’m always inspired, and people will compare, people always compare. It’s how they get it in the right folder of their mind.

ROSENZWEIG: You’ve pursued music in both New York and L.A. What are the differences between the two?

LP: I definitely prefer L.A. and California. I’m actually in Baltimore right now seeing my girlfriend; she’s got a show tonight, she’s also a singer-songwriter. I’ll be in snow up to my neck. I love L.A. for weather reasons but also, when I came to L.A. six or seven years ago, I noticed immediately that there was so much more happening as far as the amount of songwriting. At that point, I didn’t think I was going to be an artist again. I thought I was just going to be a writer. So as a writer, I wanted to make sure I did as many sessions as I could. In the beginning, I wanted to get a name as a writer. I did every session I could get. In New York, I could do about a third of the sessions I could do in L.A., so that was the difference. I think there’s still some of that, and New York has come up a bit more, but I feel like I was inspired geographically by L.A. more. It feels more open to me. I feel the muse very strong. There’s something that just stops you in New York; it’s too high and too vertical. It’s not expansive, to be honest. I feel like this expansive, kind of open country vibe when I’m in L.A. Just driving around inspires me.

I also feel ownership over it because I was very East Coast. It never even crossed my mind to move to the West Coast. I’d never thought about it. When I was here so much and I did it, I was like, “This is my fucking side of the country.” I was the pioneer of my family to go out and be like, “This was my shit.”

ROSENZWEIG: After listening to your music, I was surprised to learn that you’ve written for artists like Christina Aguilera and Rihanna. I assume you enjoy writing pop music, too?

LP: I do, because I think it’s good and well-rounded and cleans your brain out. I really, really worked hard to try to do that other stuff and not get pigeonholed so I’d get as much work as possible. Because the way the music industry is now, you have to have as many songs as you can and you need to try as many different genres as you can.

I just enjoy it. I enjoy dance and urban kind of stuff. Pop is like a puzzle; to write a perfect pop song, you never know and there’s so much that can happen in a second with a song. It’s fascinating to me and I love what different combinations of people do. When you’re collaborating, it’s just this beautiful way to communicate with another person and write a song and it comes together in this whole different way. That’s what’s real for me.

ROSENZWEIG: I realized that you were truly open-minded when you worked with Heidi Montag on her album Superficial.

LP: I love Heidi. She’s the loveliest person, such a sweet woman. [But] what happened is that I didn’t really write them with her. I wrote them and then she did them. I had just written a bunch of songs, and her and her husband loved them. They asked if I wanted to do this, to which I said, “Hell yeah!” It’s really nice for me because you have to get a certain amount of songs for your publishing deal. So I thought it was great and she did a great job. But I am open-minded. If you leave songs sitting around, you do yourself a disservice. You have to put them out there.

ROSENZWEIG: I know you’re working on an EP that’s coming out soon. Can you tell me about how it’s different than your previous work?

LP: Yeah, I think we had a hard time with my last record. It got out of hand. It got overproduced. It was all the same, sort of anthemic, blow your fucking head off, blow your hair back, get out there, drive around L.A. I ended up pulling songs that I really wanted because [when] you’re on a major label, things get convoluted. You’ve got to do what you’ve got to do. I feel like I missed out on some of the peaks and valleys that I would have liked on that record.

That record had a lot of celebratory stuff and this record is a little more reflective. It’s a bit of a break up record, but also introspection. I wanted not to emulate these songs, but have a more mature, Paul Simon-type of vibe. “Still Crazy” inspires me because it’s so conversational and all about real life—seeing a lover and being like, “What happened?” That kind of shit. I just wrote this new song that I think is going to be the last song on the EP and I’m really happy with it because it says what I want to say about one of the aspects of why my last relationship went wrong. I want to try to convey those types of things and express my point of view and just hope that other people know. When I went through this particular break up, it really helped me to see that when I talked about it to certain people, they were able to be like, “Oh yeah, man. I went through that” or “I tried that.” I feel like a song can help people feel good. That’s the whole point of music in general, obviously.

ROSENZWEIG: What would define success with this record?

LP: I really just want to get out there more and pick up where I left off and be able to play this stuff to as many people as possible. When I hit the street, I really know what I’ve accomplished, as far as whom I’ve reached. And that is the point of everything—to reach people with some of the songs and the sentiment. I’ll feel like I’ve accomplished something when I’m out there touring this record.