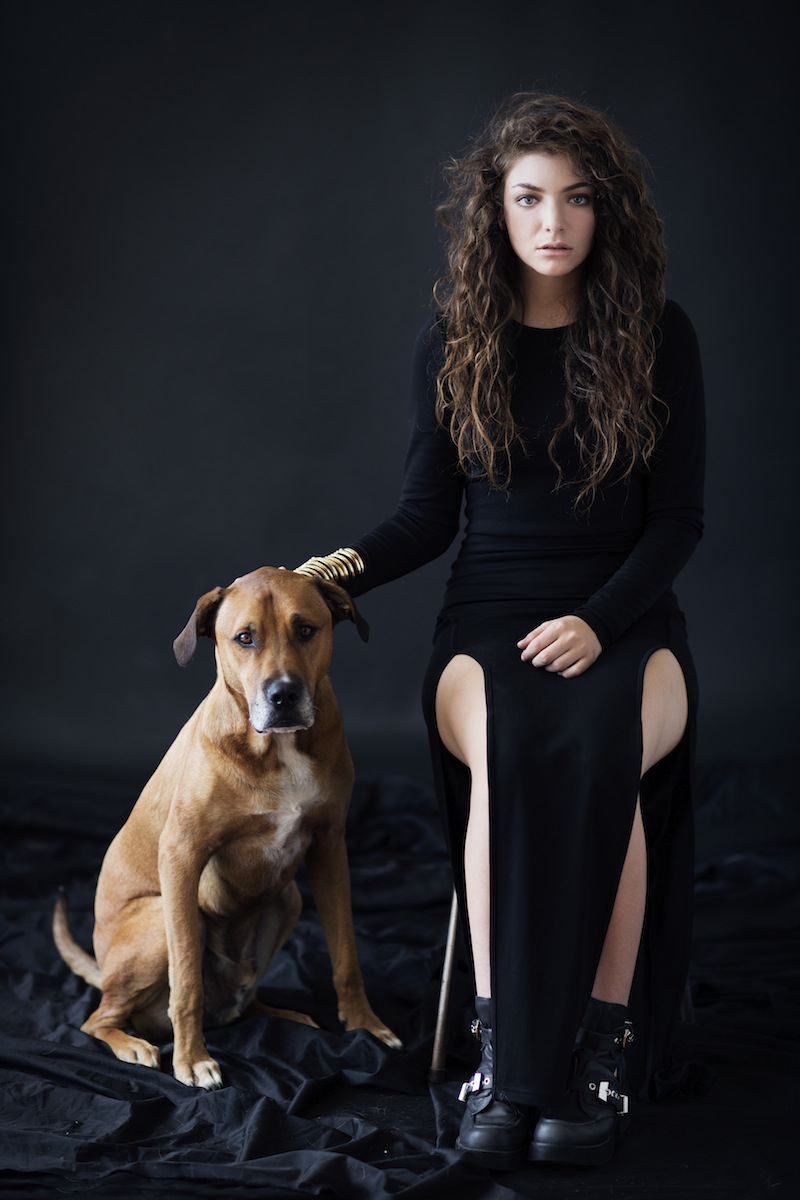 Whatever you do, don’t call 16-year-old Lorde a singer. The New Zealand high-school student, whose real name is Ella Yelich-O’Connor, is a musician. On the strength of her first EP, The Love Club, released last November, she has already secured significant record deals worldwide; her debut single, “Royals,” has been number one in her home country for nearly four months; and since she released the five-track EP online for free, she has been the subject of Twitter endorsements by Grimes, her personal music idol, as well as the pop artist Outasight.

The self-aware and confident teenager, who started writing her own music as a 12-year-old when she was first signed to Universal on a development deal, was still in bed on a recent Saturday morning when she firmly clarified that she’s “first and foremost a writer—it’s all about the lyrics.” Unmasking her identity to eagerly awaiting fans for the first time three months ago, Lorde says she has reached “a strange level of fame” in her hometown of Auckland. But that fame is now stretching across the Tasman, where she is about to play sold-out shows in both Melbourne and Sydney, before flying to America for the first time to tour Los Angeles and New York this fall.  Her debut album is due out at the end of this year.

HOMETOWN: I’m a Kiwi. I’m from a beach suburb called Takapuna, which is on the north shore of Auckland in New Zealand. I go to Takapuna Grammar School, where I’m studying for an International Baccalaureate. It’s busy!

THE REAL LORDE: My name is Ella, that’s who I am at school, hanging out with friends, while I’m doing homework. But when I’m up on stage, Lorde is a character. My friends actually find that really difficult to digest, separating me from the theatrical character they see on stage [laughs]; but they’re getting used to it. When I was trying to come up with a stage name, I thought ‘Lord’ was super rad, but really masculine—ever since I was a little kid, I have been really into royals and aristocracy. So to make Lord more feminine, I just put an ‘e’ on the end! Some people think it’s religious, but it’s not.

FINDING TIME FOR HIGH SCHOOL: My parents are really onto it; they know what young people need. My mum takes my iPhone off me at night, because I need to do homework and sleep, otherwise I’d spend all night on Facebook and Instagram. I’m in year 11, my second-to-last year of school. I love learning, but at the same time I love being in the studio and learning new things there. My parents are pretty good; they understand what I really want. If I do decide to leave school at the end of this year, that’s a bridge we’ll cross. But I do, one day, still really want to go to University, to study media and film probably.

FINDING A CAREER IN MUSIC: As a young teen, I went to a lot of David Lynch films, I read a lot of strange books, I loved to go to the museum all day. I was that kid. I liked to hang out with people older than me, I didn’t really know what I wanted to do—writing and singing was just a hobby. But sometime in the last 18 months, working on The Love Club with Universal, I was just like, “This is what I want to do.” Now I’m travelling to New York because of it! I’ve watched so many movies [about New York], but I’ve never really travelled, I’ve never even been on a plane, so I’m very excited.

THE DEBUT EP: Around the middle of last year I started listening to a lot of rap, like Nicki Minaj and Drake, as well as pop singers like Lana Del Rey. They all sing about such opulence, stuff that just didn’t relate to me—or anyone that I knew.  I began thinking, “How are we listening to this? It’s completely irrelevant.” I basically just wrote what we were all thinking. I tend to start with a full set of lyrics, and then my producer, Joel Little, and I work on the music collaboratively. As I’ve become more musically competent, we’ll start with a beat, but everything revolves around the lyrics. I wanted to put the EP up for free because being teenager, and not having a credit card—I mean, who has a credit card at 16?!—I just thought people my age would appreciate it.

DEALING WITH HER RISING FAME: That’s the good thing about starting off in New Zealand, there is absolutely no concept of  “celebrity” or fame. “Famous” people here, like Shortland Street actors, you all have mutual friends on Facebook, you know? Yeah, people are starting to recognize me now, which is kind of weird. But in New Zealand, it’s easy to hide from that stuff. I think I’m really lucky to have a great family… I go to a public school, and you know, it’s been a really hot summer here… and when I walk into class and my entire back is covered in sweat, I’m like, “I’m definitely not that cool.” I think growing up in New Zealand, it’s easy to keep grounded. But I have two sisters, one older and one younger, and it’s fun for them. I’ve started to be given all this free stuff, so I give it to them. [laughs]

DOWNTIME: I go out a lot. But bearing in mind the drinking age, which is 18 in New Zealand, I just spend a lot of time not being asleep.  I go to house parties in the suburbs. I love photography; I’ll sometimes go down to this quarry in Auckland that they’ve leveled out to create this kind of manufactured Pleasantville suburb called Stonefields. My friends who can drive (I’m not allowed to get my license yet, they’ve raised the age here) take me there sometimes; we fool around and take lots of pictures. But at the moment, I’m concentrating on the new album. I have a really cool idea for a song, so even though it’s Saturday, I’ll be going into the studio to figure that out.

HEARING HER OWN SONGS ON THE RADIO: I hadn’t really thought about where and when people would listen to the single The Love Club when I released it, but I guess it’s good for a party atmosphere. I was at a friend’s birthday party recently and Royals came on, and everyone looked at me. [laughs] But I could not groove to my own song!

FOR MORE ON LORDE AND TO LISTEN TO HER THE LOVE CLUB EP, PLEASE VISIT THE ARTIST’S WEBSITE. 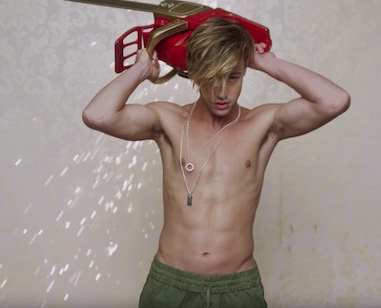