John Cale Tears Up His Past 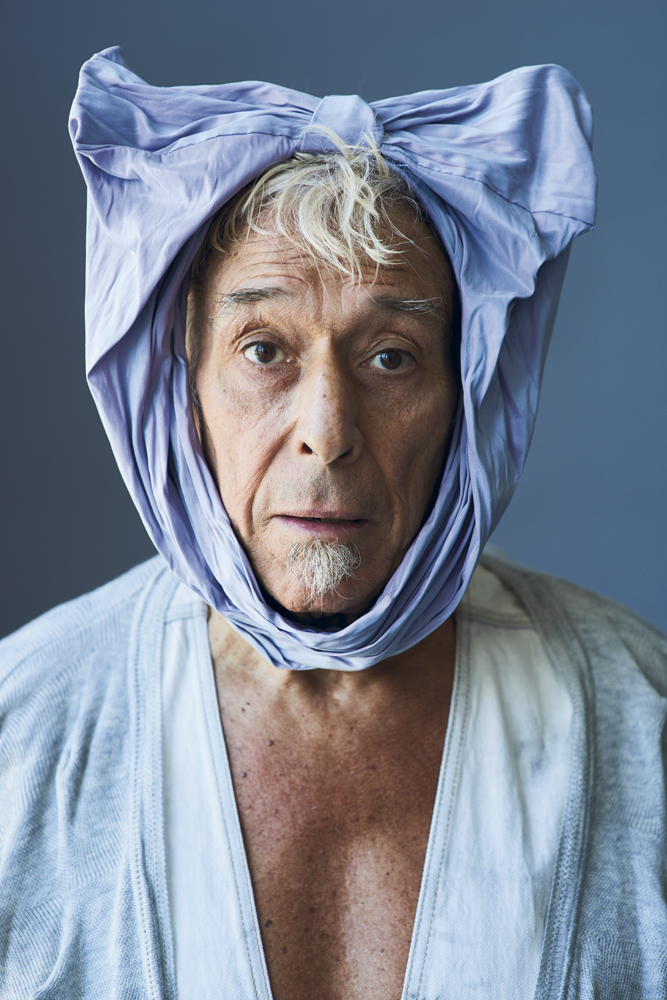 John Cale—who at 74 is every bit as visionary and subversive as the young Welsh expat who co-founded the Velvet Underground in 1964—is not afraid of the past. One year after reworking and rereleasing his seminal 1983 album Music for a New Society, Cale is back this Friday with Fragments of a Rainy Season (Double Six / Domino), a reissue of his 1992 album of the same name. Recorded live throughout his touring in the early ‘90s, Fragments features Cale’s famous “Hallelujah” cover and a slew of classics and lesser-known songs alike—including some outtakes released for the first time.

We recently spoke to Cale by phone to discuss the origins of the album and the passage of time.

MULLEN: Are you based there?

CALE: I am at the moment, but I travel a lot. Where’s the next hotel? That’s home right now.

MULLEN: Why did you feel like now was a good time to reissue Fragments? The songs are almost 15 years old.

CALE: This is the second album I’ve revisited. M:FANS [originally released as Music for a New Society] was the first. And I recently found this bin full of old tapes. When we did the original versions of these songs, it was part of a live tour. So we traveled around Europe and we had a little Steinway that folded in the back of the truck, and we’d get this gizmo that would buzz it down to the ground. You would pull it out and it’d go bzzzz. You’d roll it into the club, get it tuned, and off you go. And so there was a lot of material, and I found a whole bunch of outtakes, and some of those outtakes were really interesting; especially the ones that had real pianos in them. There were other versions with string quartets, some with just strings, from different parts of the tour. So I had recordings from all over the world that had different versions of all these songs, and some of them were really, really good; especially the ones that benefitted from having real conceptual ground in them, and they sounded really rich and beautiful. There was a lot there to choose from, and we dug through it and we listened to a lot of them, and we came up with this extra load of bonus tracks.

MULLEN: You’re saying there was a process of curating the songs that ended up on the album. Were there any that didn’t make the cut, and if so, why?

CALE: Well, the way that we did the original album was we just focused on it being a live concert tour, so that we could compare each performance we had. We had six or seven performances and we made sure the running order was the same. These other bonus songs were just from odd solo performances that didn’t have the same set list, and benefitted from different audiences, or from different acoustic environments. They were just off-the-shelf, kind of, while the original ones were what we originally focused on.

MULLEN: Do you feel like a song changes and ages over time, or do you think it’s more of a fixed thing? Like it’s an artifact from a specific time and it can’t change by nature?

CALE: I think performances are fluid, and I think there are some things that you can put different emphasis on. Your tempos change, the mood of the night changes, and you find something new every time. It’s like method acting through music.

MULLEN: In terms of a reissue, where the songs have been recorded a long time ago, when you’re listening to them, do they feel different to you?

CALE: Yeah, they do. It’s different in a nice way. I hear different emphasis and different emotions. When you’re performing like I did, you’re minimizing the songs. Like “Paris 1919,” which usually has a band and an orchestra, what I did was I brought it down to one person and the piano. Then you get a different focus. With “Hallelujah,” when I first heard it, it was with Leonard [Cohen] and three backup singers and a band, and when I was thinking about the solo recordings I was going to do, I thought, “This is a perfect song to minimize and bring down the focus to the individual voice”—because all of Leonard’s songs have that at their core.

MULLEN: As you mentioned, you rereleased Music For A New Society last year, and I read that this coming spring you’re going be performing Velvet Underground music. You don’t seem afraid to tackle your past.

MULLEN: Right. So that’s what I wanted to ask—how do you approach something when you’re pulling from your own history and reworking it?

CALE: Now that I’m older, I don’t try to focus on other things. I try to just focus on the song. As long as I have a little humility for the material, something will happen. Something will come from that, from rediscovering the material anew.

MULLEN: Is the humility something that has to be a conscious choice or does that happen naturally?

CALE: It depends. Like when performing, I can decide, “Okay, I’m not going to care about this song. I’m just going to bang it out.” That’s one kind of chill that you can bring to a performance, but it’s better to get lost in the song.

MULLEN: Will you be touring Fragments again? Performing any of the songs live?

CALE: Not at the moment. I’m aiming on getting the new album out in June. It’s totally new material, and we’re still working on finishing it off, and it’s going to be very different. It has some rhythmic ideas about hip-hop and stuff.

MULLEN: Oh, awesome. Are you collaborating with anyone new?

CALE: I hope so, but I haven’t nailed it yet.

MULLEN: And anything else exciting? Either in your personal life or professional life?

THE REISSUE OF FRAGMENTS OF A RAINY SEASON (DOUBLE SIX / DOMINO) WILL BE RELEASED FRIDAY, DECEMBER 9, 2016. FOR MORE ON JOHN CALE, VISIT HIS WEBSITE.