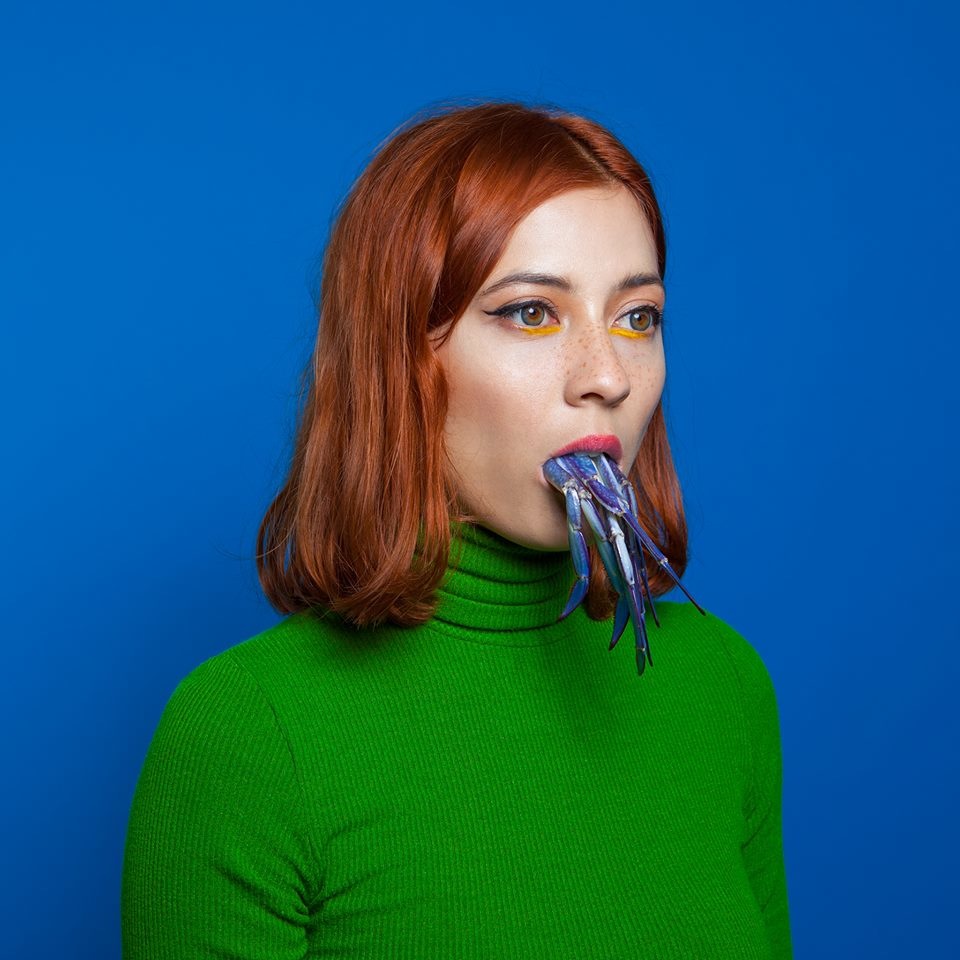 Aussie native Chela—probably best known for her vocals on Goldroom’s nostalgic “Fifteen“—is preparing to make her Stateside  debut with her electro-pop EP Romanticise, out August 26. In addition to the original tracks, remixes from Gold Fields, Collarbones, Boys Get Hurt, Le Bruce, and Fascinator are featured on the EP. The songs are all fun-filled, end-of-summer jams that will make you want to get up and dance it out. (Chela’s own killer dance moves don’t hurt, either.) She will soon be relocating to New York City with tour plans throughout the U.S. in mind.

Today, we’re pleased to premiere Chela’s video for “Romanticise,” which combines a changing background reminiscent of the ’80s, cloned Chelas, and coordinated choreography, all of which showcases Chela’s style and swagger. We also spoke with Chela about her collaboration with Goldroom, Rudyard Kipling, and fate.

ILANA KAPLAN: How did you end up collaborating with Goldroom on “Fifteen”? I didn’t realize it was you singing until [your publicist] Nancy told me!

CHELSEA WHEATLEY: Josh [Legg, who performs as Goldroom] and I have the same manager-man, Jerry Soer. As we were in different countries, they sent the instrumental over email so I could put some demo vocals over it and send it back. It was a process of auditioning a few singers. I just sat in the middle of my bed in my pajamas one beautiful afternoon and sang it into my SM58. They ended up using those vocals, and no matter how unprofessional the recording of the vocals were, the way Josh polished them is one of my favorite vocal mixes yet.

KAPLAN: How does it feel to be doing your first release with Kitsuné?

WHEATLEY: I feel lucky, because I’ve always admired them and the artists on the label. I love their concept of combining fashion & music, which is an idea I connect with. It feels like a great match!

KAPLAN: When can we expect a full-length? Is this in the works already?

WHEATLEY: It has been in the works for a while now, so it’s just a matter of finding the right producer and waiting for the right time. I have lots of songs I’d like to share with everyone; however, I am still writing so my idea of the album now may be very different by the time it’s out. I’d like to think that it will be out early next year.

KAPLAN: Why did you shorten your name from Chelsea to Chela? Was this a childhood nickname?

WHEATLEY: I was nicknamed Chela by one of my best friends around six years ago, when he was reading Kim by Rudyard Kipling. A Tibetan Lama refers to Kim as his chela, and it reminded my friend of me. He started calling me Chela and it stuck with the rest of my friends and family from then on.

KAPLAN: That’s adorable. What other collaborations do you have in store?

WHEATLEY: I’m constantly writing with and for other artists, if I write something I really connect with as Chela then I can request that I be the singer. At the moment I only have ideas for other artists. I’d really like to collaborate with my lady-friend Izzi from The Preatures; we’re about to go on tour so it may happen then.

KAPLAN: Can you talk to me a little bit about the video you’re premiering with us? What’s the story behind the song/video for “Romanticise”?

WHEATLEY: The lyrics were inspired by a friend of mine who would always give me negative responses. I’m basically saying, “I’m bored, so tell me a lie for once.” I love the raw green-screen footage of the clip, so I thought it would be cool to get a few different takes on it, which is why I’m releasing the raw footage for videographers to play with.

KAPLAN: Will you be touring throughout the U.S. this year?

WHEATLEY: Nothing planned as of yet; we are aiming for a U.S. tour sometime next year, though! I’m planning to move to New York for a while, so it will be easier once I’m based there.

KAPLAN: Nice! Who are some of your biggest influences?

WHEATLEY: The Pointer Sisters, Ratatat, The Shins, Ariel Pink’s Haunted Graffiti, The Jackson Five, Hall and Oates, and The Cure.

KAPLAN: Do you do all of your songwriting on your own?

WHEATLEY: Not all of it. I have collaborated a lot with some of my best friends; writing always works out well when you really know each other. I usually write my own melodies, and always the lyrics at least. The songs I have written solely on my own are quite different to my collaborations. They come from a deeper place.

KAPLAN: It sounds like your friends have a large influence on everything you do in your career. Where do you see yourself in the next five years?

WHEATLEY: Having toured the world and gone on a million musical adventures, leading me to evolve myself into something new. I’d like to have a few albums released by that time. I’m so interested in the natural journey that artists go on. For instance, a few years ago if I wasn’t hanging out with a certain lad, and hadn’t played basketball with him on one fine day—I may not have been the singer on Clubfeet’s “Heartbreak,” which led me to various other things. I love the little moments that are responsible for the big ones.

CHELA’S ROMANTICISE EP IS OUT AUGUST 26. FOR MORE ON THE ARTIST, VISIT HER FACEBOOK PAGE.