This is what Drab Majesty would play at their funeral 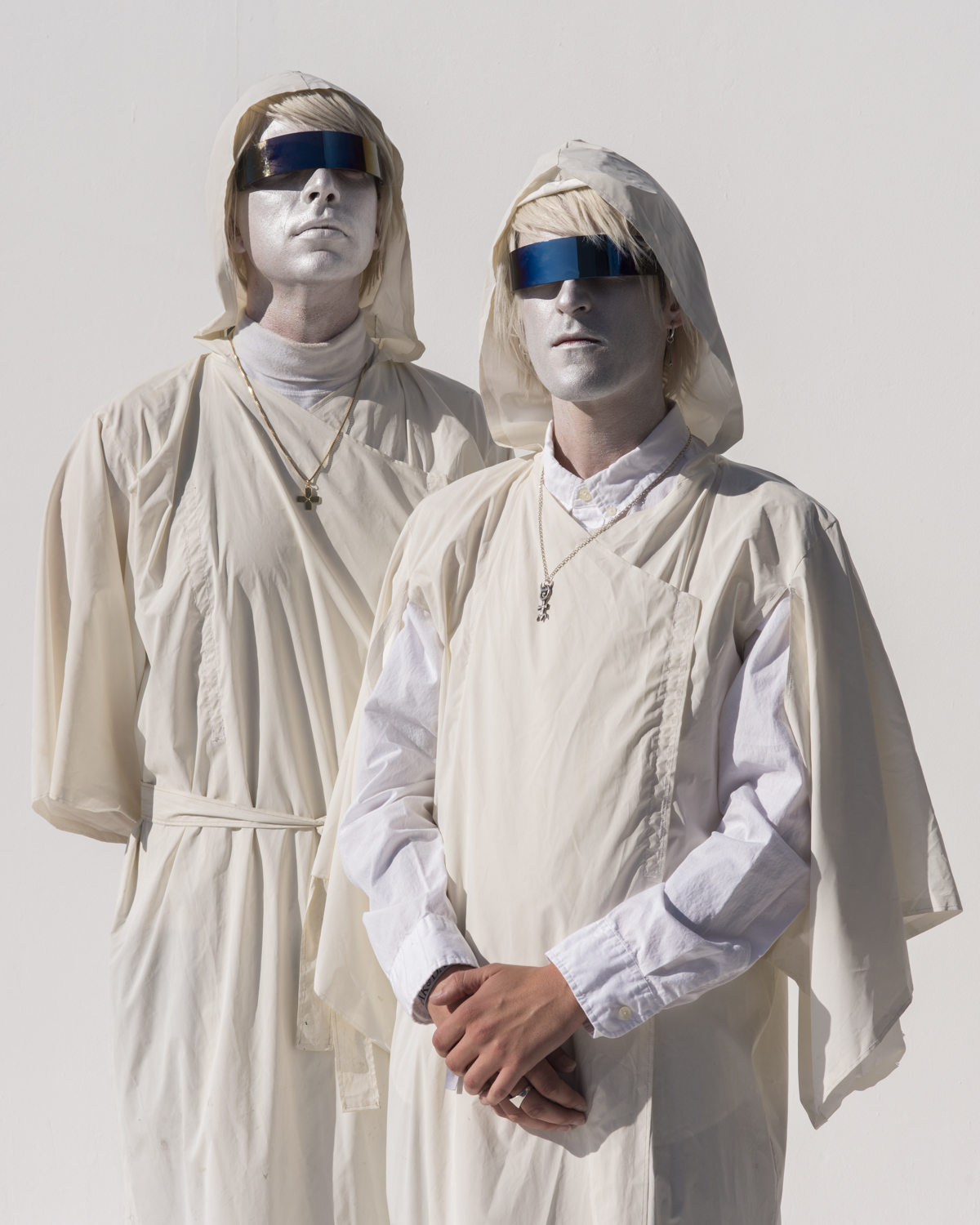 If you were to ask the goth kid eating lunch alone on your local high school campus what new music they’re excited about, chances are they’ll give you an earful about Drab Majesty. Over the last few years the band—which began as the solo project of Deb DeMure, alter ego of L.A. musician Andrew Clinco, and expanded in 2016 to include keyboardist Mona D—has risen to prominence with a modern update on the gloomy, romantic sounds associated with early 4AD bands like Bauhaus and Dead Can Dance.

The duo summon grand visions of dark beauty and doomed love with driving synths, reverb-soaked guitars, and DeMure’s rich baritone voice. Their music videos pay homage to the long tradition of sumptuous goth style, with detailed sets, dramatic face paint, and copious fog. The videos feed into the mythology surrounding DeMure—according to the press release, the persona is an enigmatic “inter-dimensional muse” who “eludes all expectations of gender and ego,” and acts as a “vessel” for musical transmissions from “an other-worldly source.”

With fall (the most goth season) in full swing, we asked DeMure to provide us with a playlist for his own funeral, which presented a problem: eternal spiritual beings don’t have funerals. He made it work, though. “Because we are immortal and earthly concept of a funeral is foreign to us,” DeMure explained, “we can try our best and conceive of a meaningful sonic experience for our loved ones to help usher us into the astral plane.”

DRAB MAJESTY: A song that describes the bleakness of the music industry, and those that tacitly play by those rules, which, in turn, contribute to their demise.

“ROSE FOR EMILY,” THE ZOMBIES

DRAB MAJESTY: Odyssey and Oracle in its wholeness is a funeral record from front to back, but “Rose For Emily” is the one strictly piano and voice song that feels like [the Zombies’s founder and keyboardist] Rod Argent is sitting at at grand piano in a mortuary at an open casket viewing, while a procession of flower-bearing children gently place roses around another deceased child.

DRAB MAJESTY: No funereal song can be too grave or have too heavy a message or it borderlines on self parody. Roxy Music seem to exalt all the superficialities of life while laying down a groove that seems to suggest partying through one’s last moments on Earth.

DRAB MAJESTY: I just like the image of something so pretty and trivial being destroyed arbitrarily by some larger force. I think everyone can relate to drowning butterflies in that regard.

DRAB MAJESTY: There’s no way to actually pick a favorite Boards of Canada song, but this particular track has always felt like a transcendent piece. I return to it often to feel transported. The song is split into two distinct sections and the outro feels like a coffin being shot into the cosmos, spinning into infinity, and dissolving into the atmosphere.

“THERE’S NOTHING MORE TO SAY,” THE MILLENIUM

DRAB MAJESTY: If the heavens opened up and music heralding the end times started pouring from the sky, I truly hope it would be baroque pop.
There’s literally nothing more to say, Just listen to this magnificent piece.

DRAB MAJESTY: This has to be the last song. Because everyone needs some comic relief and to be reminded of our incessant sarcasm. This literally is one of the worst musical statements in the last 40 years.

DRAB MAJESTY’S MOST RECENT RECORD THE DEMONSTRATION IS OUT NOW ON DAIS RECORDS.