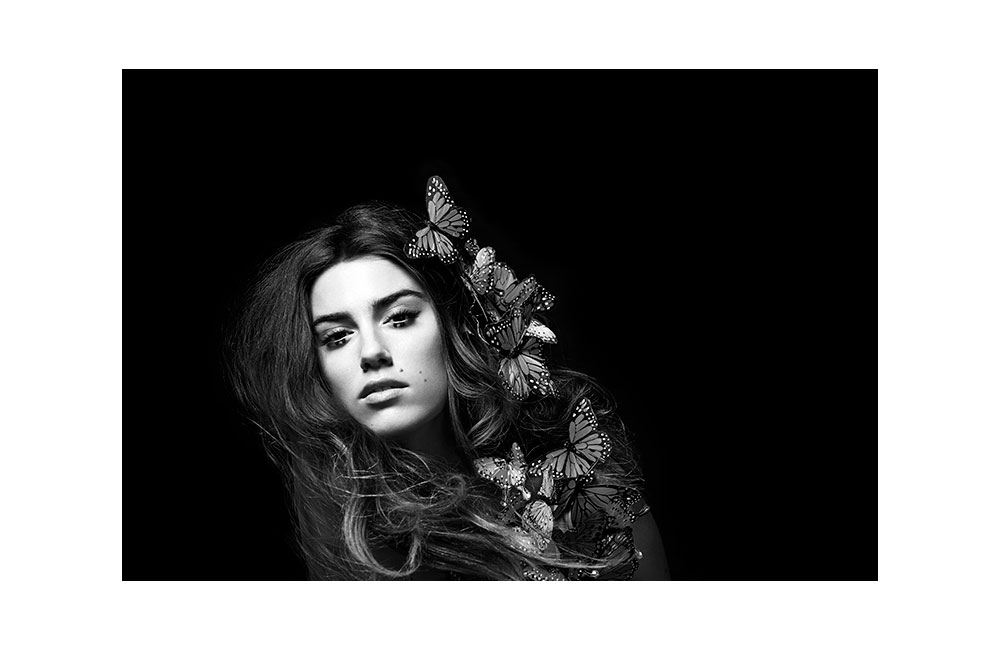 During the past year, you may have heard Internet whispers (or shouts) about Ryn Weaver’s viral hit “OctaHate”—a song that sonically falls somewhere between Katy Perry and Charli XCX, who actually co-wrote the track. After the Internet dust settled, however, the 22-year-old singer proved that her music is more than just hype with her EP Promises, and now, her debut full-length, The Fool (out today).

While the California-born singer has always been interested in music, she’s taken her time to establish herself. Weaver first met producer Benny Blanco (who co-produced The Fool with Passion Pit’s Michael Angelakos) in New York while attending NYU’s Tisch School of the Arts in 2013. After dropping out and moving back to California, the pair reconnected, began producing songs, and Weaver has since gathered a following with her catchy electropop infused with lyrical metaphors for love, romance, and breakups. Weaver’s debut LP tells the story of two relationships and the personal growth that followed. Prior to the release, we caught up with the muscian.

THE FOOL: [The album] starts off with a jingle that’s twisted, dark, and scorching. It’s called “If It Takes Two” and talks about the co-dependency that comes with a bad relationship and how co-dependency requires you to push blame back and forth; it’s this dark thing where you need each other. Right out of that, I go into a song called “Runaway,” which is about needing to break free and find my independence and freedom. There’s a lyric that says, “You don’t know me and I don’t know myself / You better lose me now before I lose myself / You don’t love me and I don’t love myself.” It comes from this place of knowing that you need to start over because your loss is their loss. Then, the next song is “OctaHate” and as the record goes on, I find myself. This song “Pierre” is about all of the lovers I’ve had because I wanted to de-stigmatize the concept of needing to have lovers. You should go find yourself in this crazy world after being heartbroken and wanting to make this romantic song. Instead of it feeling like this dirty thing, it was a beautiful time in my life, and I had fun. There’s this song called “Free” that’s about someone who runs beside you. It’s about finding everything I’ve ever wanted.

WANTING MORE: The last song is called “New Constellations” and it’s about people who discovered that the Earth wasn’t flat; once they discovered that, they kept looking for more. A lot of us have stay-at-home mothers and mothers from traditional homes, [but] we’re living in this de-stigmatized world where the economy requires a double-earning household. There are a lot of things that push women to go and live for themselves. We pose the question of is it wrong for us to want more than what we thought we always wanted? I would like to think not. This whole record is about being a dreamer.

GIRL POWER: With the new music video [for “Octahate”], I liked the concept because it was much more personal. Out of this ruin comes all this beauty, because the relationship between the girl in the video and I came from the ex-boyfriend that the song was written about: I was in a relationship [with him], but she didn’t know he was. I’m so girl power on that level—she didn’t owe me anything and I didn’t owe her anything. The only person who owed me anything was the person who was in a relationship with me. [Because] people have a tendency to go for the same kind of women, we just became the best of friends—literally inseparable from the day we met. I thought it was really beautiful; the song was really written about that. She really helped me come to terms with the fact that I wasn’t crazy and she eased my mind.

The verses are playing at security, they’re playing adults, but the chorus is very childlike. I love the juxtaposition of being in this big house and gorgeous dinner party, and beginning to stuff your faces and get really nervous around each other. It’s like facing [the other] woman—that food fight, it’s the mess that comes with uncovering a [cheating] situation. At the end, we’re on the table and hugging.

ROCK ‘N’ ROLL: I love Joni Mitchell. I’m a big David Bowie fan. I grew up on the Beatles and Pink Floyd. As far as contemporaries go, I’m a big Arctic Monkeys fan. I come from more of the rock ‘n’ roll, alternative world. I love the Black Keys and things like that. I also love Joanna Newsom, Tori Amos, and I’m a big Fiona Apple fan. I love people who are very riddle-y in their songwriting because I like things that tickle your ear. I like to study music across the board and see what tickles my ears.

FIGHTING THE HATERS: That’s why I was so scared to put out music in the first place. We live in such a scary place for girls, especially in this industry—they want to tear women apart. I knew, right from the jump, that because I was making pop-leaning music that people would be trying to discredit me. If you co-write a song and someone’s in the room, and it’s a boy, most of the time they’re going to pretend that the boy wrote the song and you’re singing it. It’s always these people on the Internet that pretend they know everything about the world—these weird little reddit trolls. Artists are sensitive, and they expect us to be sensitive while also being bulletproof to the public. Most of the hate I get isn’t from girls; it’s these dudes who are trying to discredit my merit, which is funny to me. It’s like, “What are you doing sitting at your computer? Nothing. I’ve written a record. I’ve written multiple albums that I’ve never put out. I’ve been doing this since I was a child and this was all I ever wanted to do.” When people have things to say, they don’t know the backstory.

THE FOOL IS OUT TODAY, JUNE 16. FOR MORE ON WEAVER, VISIT HER FACEBOOK.