The Heart & The Guts of Vanessa Paradis 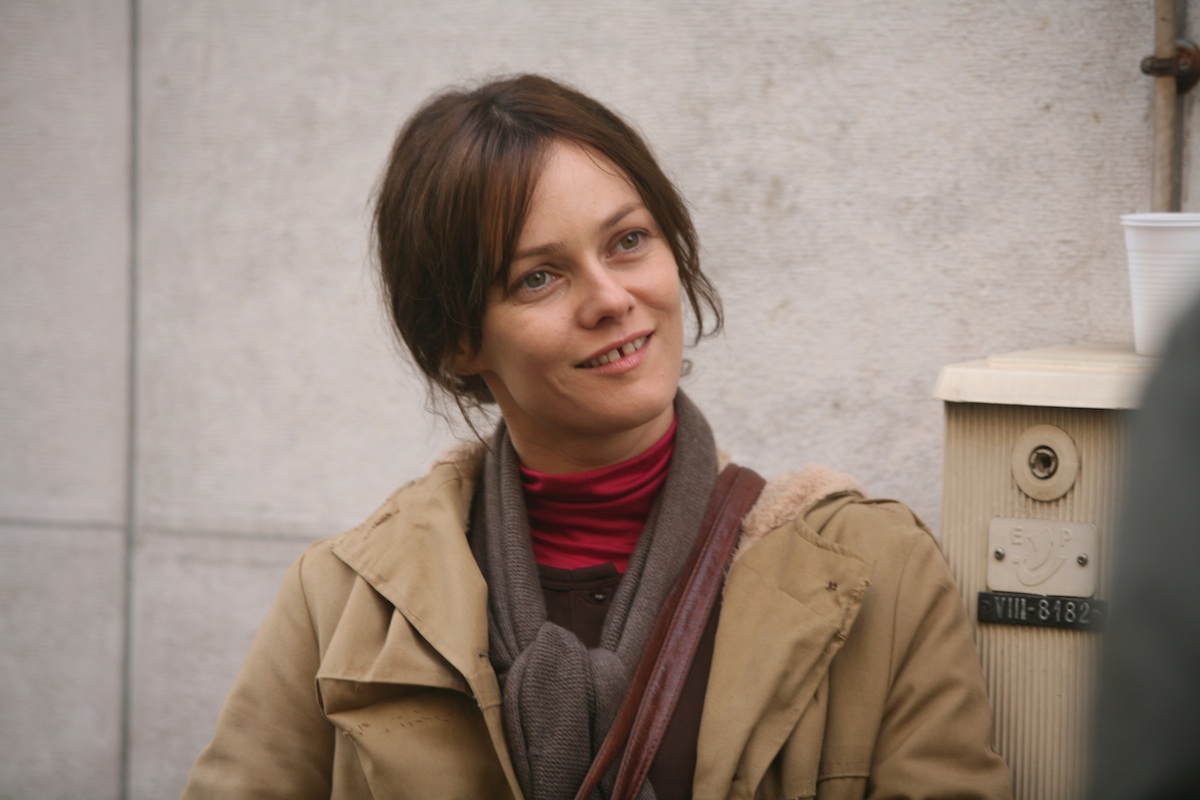 Café de Flore, the latest feature from Québécois director Jean-Marc Vallée (C.R.A.Z.Y., The Young Victoria) possesses a particularly audacious premise. It tracks the parallel lives of two individuals living in different cities in different eras—Jacqueline (Vanessa Paradis), a single mother in 1960s Paris raising a son with Down’s syndrome, and Antoine (Kevin Parent), a newly divorced DJ living in Montreal reconciling his past and present relationships. Somehow, some way, the two individuals are connected in a way that is almost cosmic, and they find solidarity through their unparalleled devotion to love and all that it connotes.

Vanessa Paradis’ talent is something of an institution. After first breaking out as a teenage singing sensation in the late 1980s with her hit “Joe le taxi,” the 39-year-old has not only found acclaim (and a César award) as a film actress, modeled for Chanel, and raised two children with ex-partner Johnny Depp. She has carefully crafted a career that selectively spans the worlds of music, film, and fashion, all on her own terms. In a role that received a Genie Award (Canada’s answer to the Oscars), Paradis’ Jacqueline is fierce, tenacious, and unflinchingly devoted.

Interview recently caught up with Paradis in New York to talk about collaborating with Vallée on Jacqueline, the differences between music and film, the possibility of soulmates, and her first English language role, playing a Hasidic widow in John Turturro’s forthcoming directorial effort, Fading Gigolo, alongside Woody Allen and Sofia Vergara.

COLLEEN KELSEY: What about the script first attracted you?

VANESSA PARADIS: The whole thing! [laughs] It was just like reading a thriller, which is so attached to, “What’s going to happen? How is it going to turn out?” I thought it was so brilliantly written, that he [Jean-Marc Vallée] could make me feel that. He’s telling two stories that aren’t happening at the same period—so that—and then a role like this, that I’m playing, it doesn’t happen often for an actress’ role. It was wonderful to play somebody as beautiful and monstrous as she is. It was really intense.

KELSEY:  Were you familiar with Jean-Marc Vallée’s work beforehand?

PARADIS: Yes. That’s why I was so excited to be a part of the movie. I love his movies. They are so emotional and powerful.

KELSEY: How did you two collaborate together on your character? Jacqueline’s behavior is fiercely devoted and loving, but it crosses the border of obsessive, and potentially, destructive. She’s a very strong, conflicted character.

PARADIS: It was so great. The preparation for the movie was really great, the steps to get to find the voice and the body language and the look of Jacqueline. It was so interesting. It went little by little. We started with the look, to strip her down of any seduction and femininity. Just nothing. So she’s playing this mother who does not care about anything else but her little boy and her wellbeing. So we started with the look, and then it went to the way she was going to talk and the way she was going to behave. That was something that we build up, adding a lot more masculinity to her, and erasing the softness and the vulnerability and the tenderness of a woman or a mother. We took that off to make her tough and rough.

KELSEY: Did your experience as a mother inform the role at all?

PARADIS: Of course, it’s such an animal feeling. This character that I play is only about the heart and the guts—the main ingredients of a mother. But also in the preparation, there was something that I didn’t say, was spending time with Marin Gerrier, who plays my little boy in the movie.

KELSEY: Working with child actors takes a bit more care than working with adults, and working with a child with Down’s syndrome even more so. How did you cultivate your mother-son relationship with the actor who plays your son? How was he on set?

PARADIS: That was amazing, because he’s such a beautiful, beautiful little boy. Very intelligent, very funny. So we had great moments, really great moments, spending that time together. The chemistry that we have on the set, on the screen, is something that was happening between us. It was natural, but also he was such a loving and giving, which is also part of the Down’s syndrome characteristic. They are people that are very demonstrative with love and are not shy with their emotions at all. The way he was made me a better actress, definitely. He was very much included and responsible in what we all had to do, but at the same time, the characteristic of his syndrome wouldn’t allow him to do everything we asked him to do. He couldn’t comprehend everything or simulate, reproducing everything we asked him, which made him do something else which made us do something else. That sometimes made the scene go way more interesting than we planned for. So there was a difficulty about doing it, but at the same time it took us to some different places that were way more interesting and real.

KELSEY: I’m curious, because of the two parallel storylines, did you have any contact with the other actors or see what they were working on during filming?

PARADIS: They shot their part first, and when we prepared the movie, Jean-Marc had edited 20 minutes of what he had shot with them over there and showed it to us, to the whole crew. That was a brilliant idea, because we all got to see what was the level of emotion, and what was the level of what was going on. It was really, really high. We didn’t start the first day wondering how deep to go. Obviously, the director knows what he wants, but for us, to all see and hear what was going on on the other hand, it was really fantastic. Really helpful.

KELSEY: And I have to ask, because of the subject matter of the film, do you believe in soulmates? Or in reincarnation, for that matter?

PARADIS: I like the idea of reincarnation. I’m not a true believer, but I think the idea is beautiful, that it [life] just doesn’t stop. For soulmates, it’s the term that I’m a little bit skeptical of. As soon as you put a label on something, it seems like that’s it, you’re done. Obviously I believe in love and making it last forever, but what’s beautiful about that is you don’t know if it’s going to last forever. When you don’t know that this is it, you, I think, enjoy it more.

KELSEY: Music is one of the main connecting threads between the stories throughout the film. Music is also a large part of your life’s work—how do you decide whether to work on a film versus recording an album?

PARADIS: It’s not really about a mood, because a movie, it comes, if it’s a movie you really want to do, you better do it, because it’s not going to come again. But it depends. A record is going to take much more time in my life than a movie. A movie takes a few months for me, not for the director, and a record does take as long as a director would take for a movie. It’s about four years of your life, altogether. When it comes to time, I’m actually getting into that time where I’m almost done with my record and it’s going to come out and I’m going to do a tour. If there’s a wonderful movie that comes along, either I’m going to be lucky to have it in the spots where I’m not working, but if I can’t, I can’t, and it’s like that. After I’ll be done with this record and the tour, I’m going to make some room to make movies. I really like it.

PARADIS: I’m starting the day after tomorrow. I’m super excited to be in such a quality movie with such amazing actors and to have John Turturro in front and behind the camera. I obviously admire him as an actor very much, because he’s really one of a kind and so amazing. I love his movies; I had seen his movies before. He proposed me a role, and when I was asked I was like, “Ahhh, yes! I will!” What he’s asking me to do is so different, so original from what I’ve done before. I’m in New York, I just love to be here. I love New York. I used to live here a long time ago and I’m so lucky. I’m going to say my lines to Woody Allen. It’s really surreal.

CAFÉ DE FLORE IS OUT IN LIMITED RELEASE TODAY.