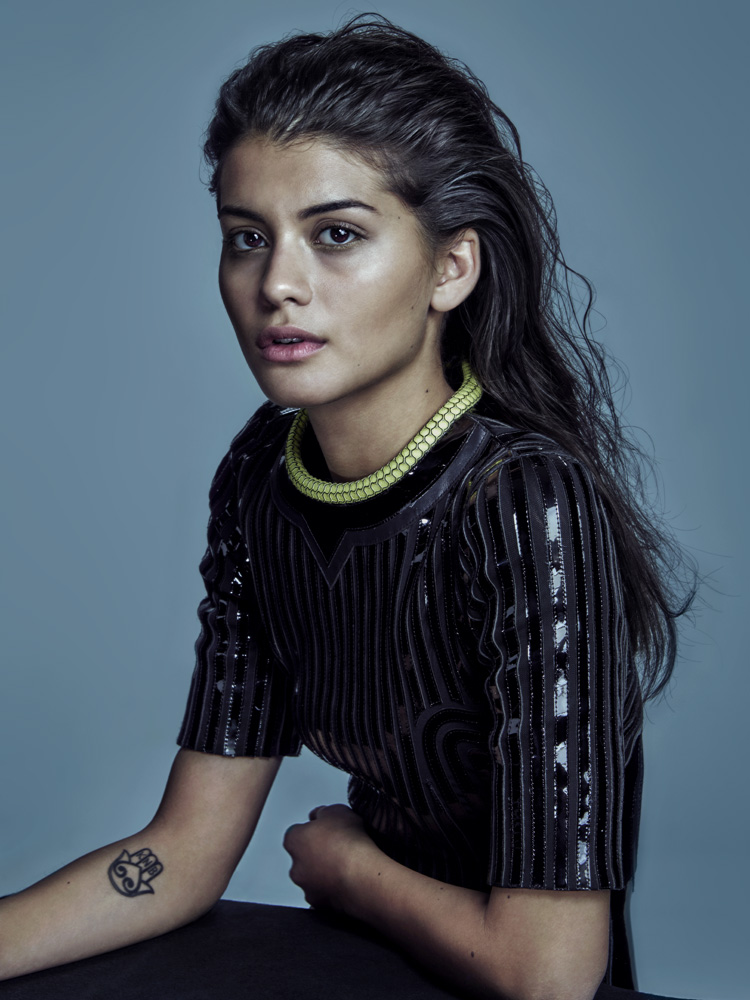 Sofia Black-D’Elia is not one of those starlets who popped out of the womb with visions of dragging her parents to Hollywood. Growing up in a Jewish-Italian household in Clifton, New Jersey, Black-D’Elia dreamed more of the WNBA than the big screen. Nevertheless, she took acting classes at a local dance school, and at 17 started juggling high school with a stint on All My Children. When her college acceptance letter arrived the same week that she learned she’d snagged the opportunity to star in MTV’s adaptation of the hit British show Skins, Black-D’Elia knew what she had to do: She busted out a PowerPoint presentation to help sway her parents to let her pursue acting over school. “There were literally two slides,” says the 23-year-old actress, who now calls New York City home. “One had the cost of yearly tuition on it, and one showed how much I was going to get paid per episode of Skins.” The presentation worked.

Skins‘ run was short-lived, but Black-D’Elia’s career is just getting started. She stars in the recently released Project Almanac, a teen time-travel film in which she plays the ballsy, beautiful track star who convinces a bunch of science nerds to actually use the time machine they’ve built. As someone who gets frustrated reading script after script featuring stereotypical hot-cheerleader parts, Black-D’Elia was excited to play a teenage girl with agency. “She drives the plot, and I thought that was awesome,” she says. In her next projects, the indie thriller Viral and the CW sci-fi drama The Messengers, Black-D’Elia gets to play even more complicated women: “My favorite characters to play are women with something to lose,” she explains. So it’s no surprise that during a recent bout of homesickness, Black-D’Elia turned to The Sopranos for some comfort binge-watching. “Edie Falco is such a boss,” she says. “When I hear Carmela talk about food, I feel a warmth in my stomach that I can’t really describe.” Suddenly, the actress has slipped into a thick Jersey accent and is telling me where in her home state to get the best Sicilian slice; you can practically see her fingernails sprout inch-long tips. She pauses and laughs. “My accent’s coming out now, so I’m gonna stop talking.”