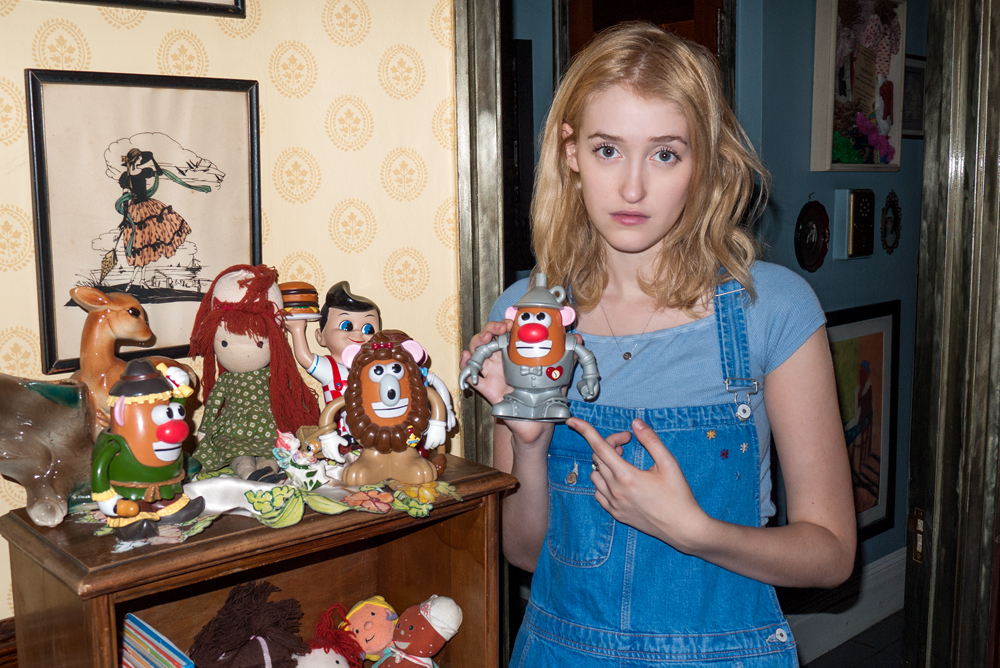 “I’m such a planner. The idea that I really don’t know where I’m going to be a year from now scares me.” In a French bistro on New York’s Upper West Side, only a few blocks from the apartment where she lives with her parents, actress Gus Birney squarely assesses her future. Born Augusta, the 17-year-old ingénue is the daughter of veteran New York actors Reed Birney and Constance Shulman (Birney is known for his work on Netflix’s House of Cards, and Shulman as Yoga Jones on Orange Is the New Black). “They probably would have preferred me to go an easier route,” Birney concedes about her decision to join the family trade. “I just think, what else would I want to do?”

Birney first ventured out on auditions at age 13 before eventually clinching a commercial for teen skincare line Clean & Clear. “I had no idea how I got it, because I went into the audition and I thought Clean & Clear was a shampoo,” Birney says with a laugh. “I was like, ‘I use it all the time. My hair feels great.’ They were like, ‘You do realize this is an acne solution.’ ” Aside from a foray into modeling, walking for Yeezy and downtown fashion label A Détacher, Birney has concentrated her talents primarily on theater, TV, and film. She officially put high school on hold when she was cast in the off-off Broadway play Connected in early 2016 and spent last summer performing in the Williamstown Theatre Festival’s production of Tennessee Williams’s The Rose Tattoo, as the daughter of Marisa Tomei’s tortured lead. Her rigorous work ethic is paying off: She will appear in the upcoming indie This Is Nowhere, where she plays a confused teen living in her family’s motel, and in the prestige cable drama The Mist. The Spike series is an adaptation of Stephen King’s 1980 novella in which a small town is blanketed in a mysterious and malevolent fog. Although Birney relocated to Halifax, Nova Scotia, to shoot the series, much of her storyline takes place inside a mall, where her character, Alex, gets stuck with her mom. “It’s kind of Lord of the Flies-ish,” the actress says. “There’s no police. There are no rules.” Birney found the atmosphere on set almost like “summer camp” with its tight-knit cast. “It feels like you’re in your own little world,” she says, “and that’s why coming home, I was like, ‘Ugh, I don’t really want to leave.’ ”