Welcome to Thirstory, where we whet your appetite with pages from the Interview archive that were almost too hot to print. This week, we go to Toontown with Devon Aoki starring in the “Boop Troop” editorial from Interview‘s June/July 2001 issue.

90 years ago, the first iteration of Betty Boop appeared in the cartoon Dizzy Dishes. Soon after, the Jazz Age ingenue with her signature curly Q’s and off-kilter voice landed her own animated series, and the coquettish character became a pop cultural icon. In 2001, the Interview editors decided no figure was more apt for homage than Boop, synonymous with her air kisses and kitten heels. So they took the Boop out of Toontown, with the model Devon Aoki exploding with the charisma and confetti of a Baz Luhrmann picture. Photographed by Ellen von Unwerth, the Japanese-American fashion phenom takes on an array of roles within the shoot: a boisterous Charlie Chaplin and a gilded flapper; a flap-jacking housewife and a nurse who gives Mildred Ratched a run for her money. Aoki, whose onscreen style in 2 Fast, 2 Furious has become the blueprint for Gen-Z dressing, proves she’s a muse for the ages, and this archival gem has us singing her praises to the tune of “boop-boop-e-doop.” 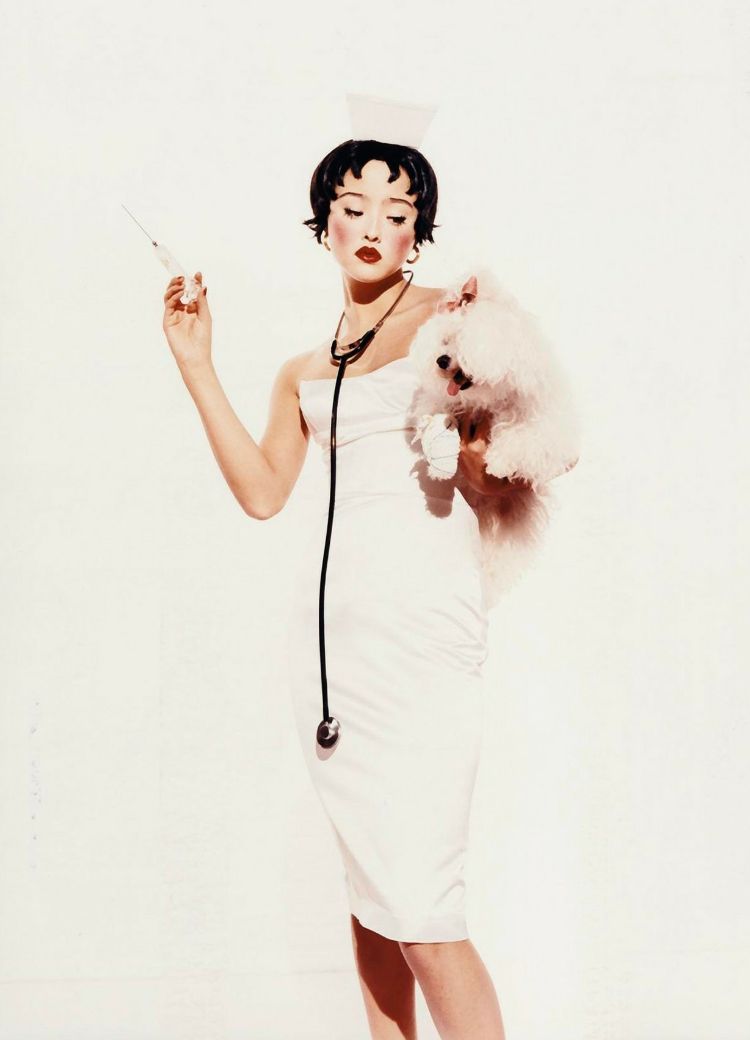