By all accounts, Mark Bryan is an average, run-of-the-mill guy. The 61-year-old grandfather of four has been happily married to his wife for the past 11 years. In 2010, he moved from Texas to a town near Schwäbisch Hall, Germany, where he now works in robotics engineering and coaches a local football team. He loves cycling and fast cars and beautiful women, and he tries to exercise at least twice a week. Oh, and he looks great in a pencil skirt and a pair of six-inch stilettos.

Bryan’s interest in women’s shoes started about 40 years ago, when he was dating a woman who also happened to be six feet tall. Feeling slightly emasculated, he discovered an unexpected workaround when he tried on his first pair of high heels, which he would continue to wear well past their break-up and into his marriage. (Bryan says his wife is supportive, but doesn’t like the newfound fame he has acquired by regularly cataloging his outfits on his popular Instagram account.) About five years ago, he began wearing heels, and an array of skirts of varying length, to work. Some commuters would gawk at him from across the train platform, others would cast wayward glances, none of it any bother to Bryan. “I’m at the age where I really don’t care what people think,” he says. “Either they like me or they don’t like me.” Shirt and Tie by Dior Men. Vest by Ernest W. Baker. Skirt by Marni. Gloves and Bag by Hermes. Shoes by Amina Muaddi.

Unlike, say, Harry Styles or Billy Porter, both of whom have been known to flaunt gender ambivalence in their style choices, Bryan offers something more… suburban: machismo up top and muliebrity from the waist down. Genderfuckery without subsversiveness. “People look at my pictures and they instantly assume I’m gay or something,” he says, unfazed. “I think what really gets me going are the people who say that I’m helping them see things the way that they’ve always wanted to see them, but were afraid to. As a football coach, I like helping young men develop not just as players, but as responsible members of society. Being able to help people through the problems they have actually helps me more than just the compliments that I’m looking good.” He pauses, smiling. “But those help, too.” 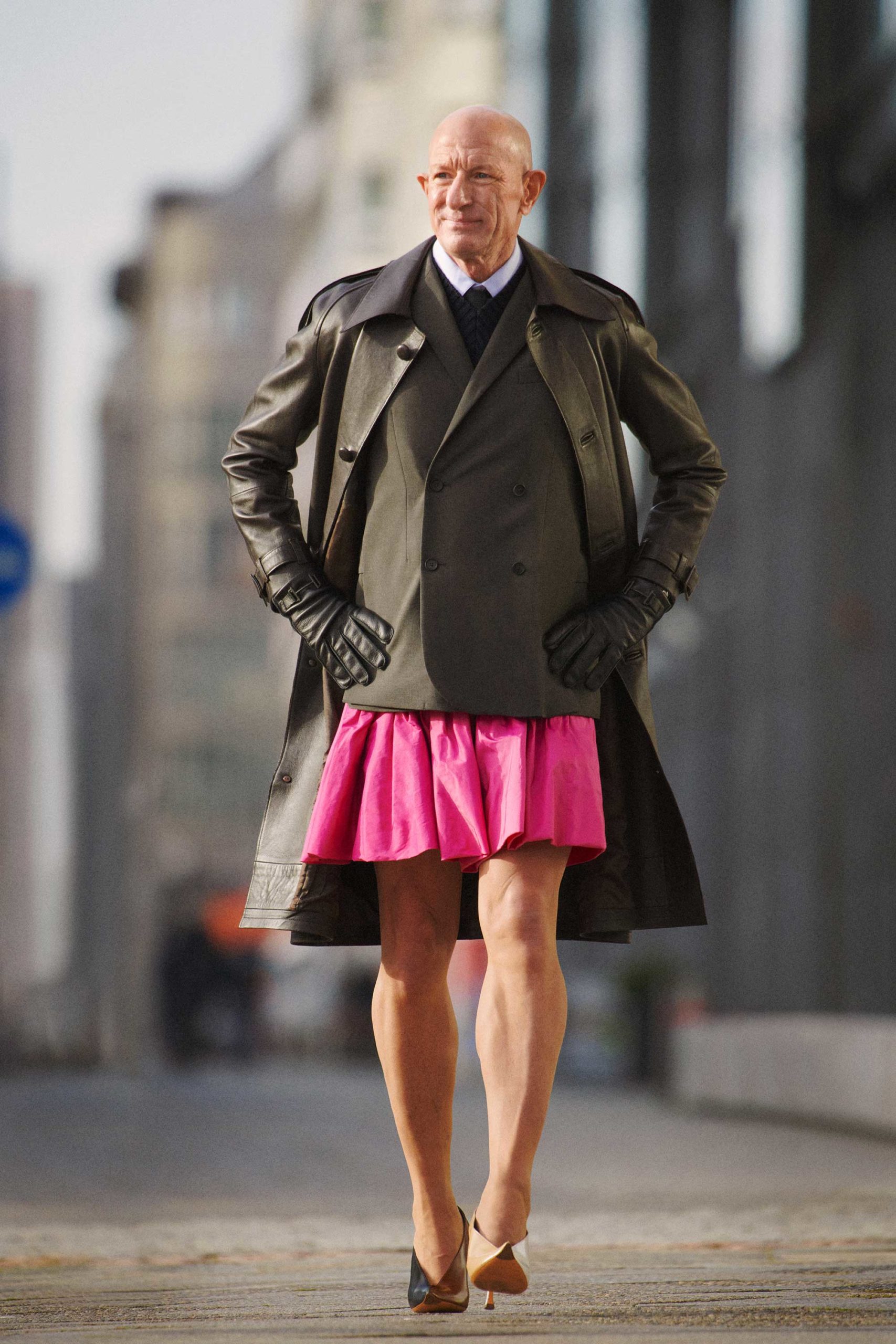 Blazer by Ernest W. Baker. Shirt and Tie by Fendi. Skirt by Gucci. Gloves by Hermes. Bag by Berluti. Tights Stylist’s Own. Shoes by Manolo Blahnik. 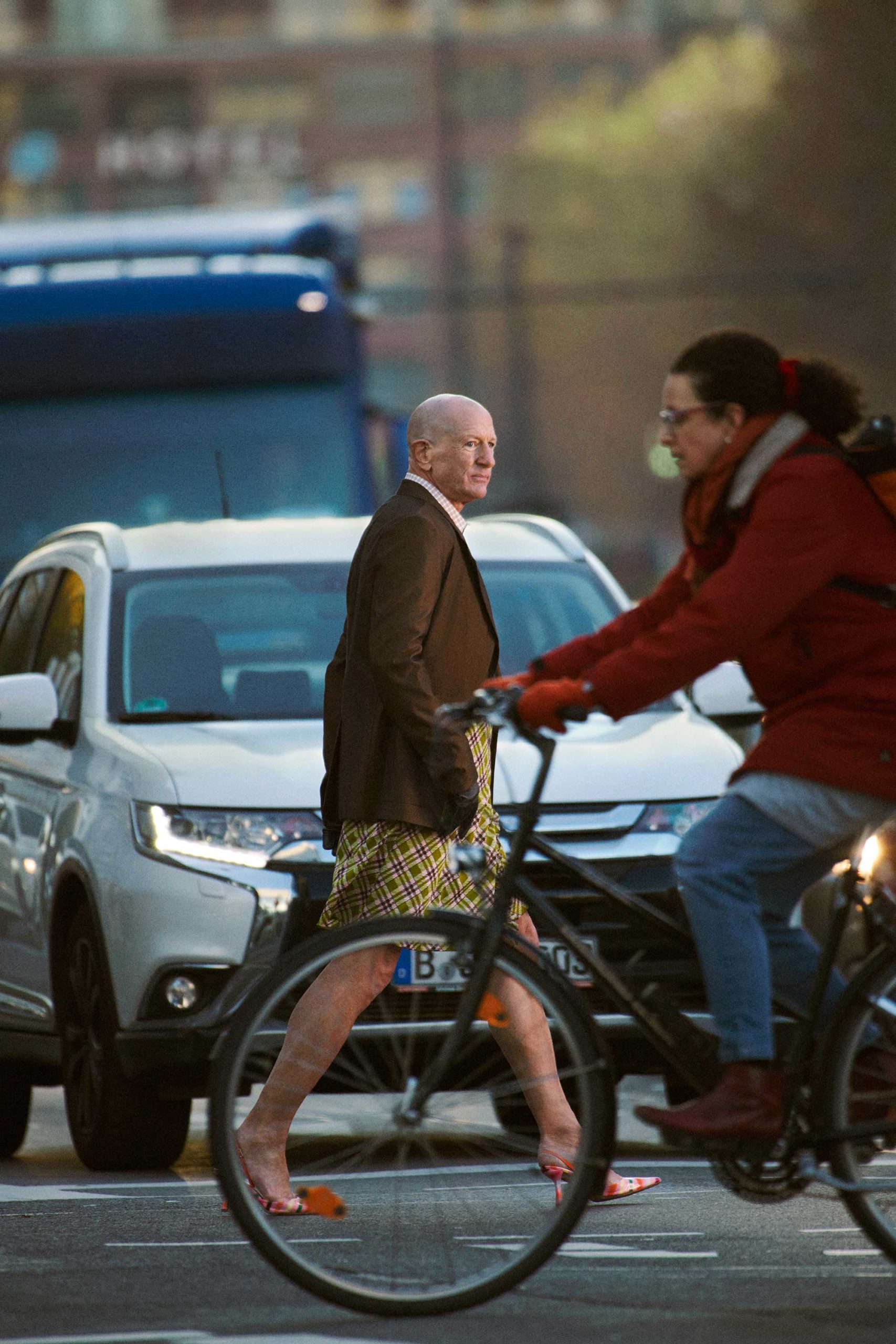 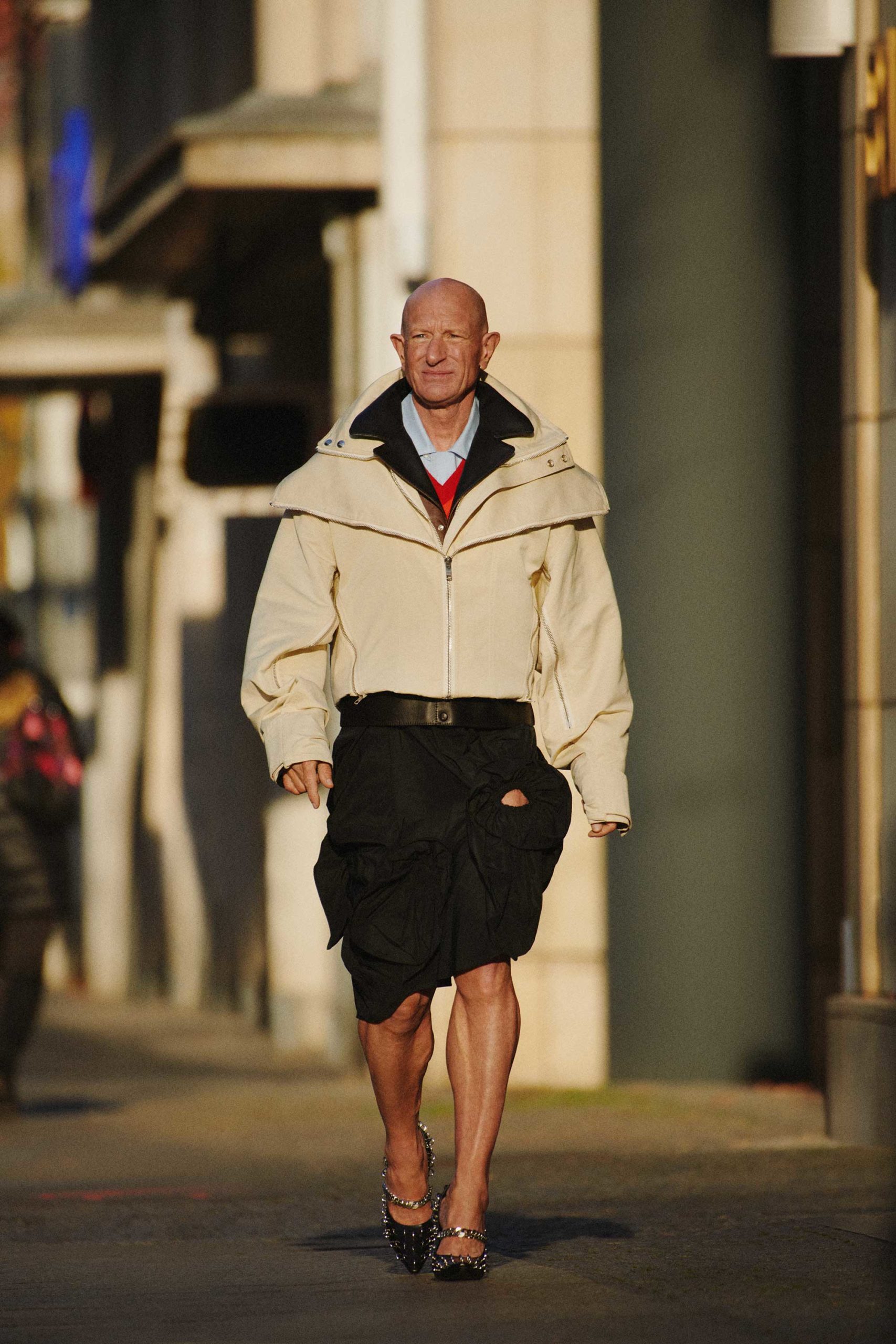 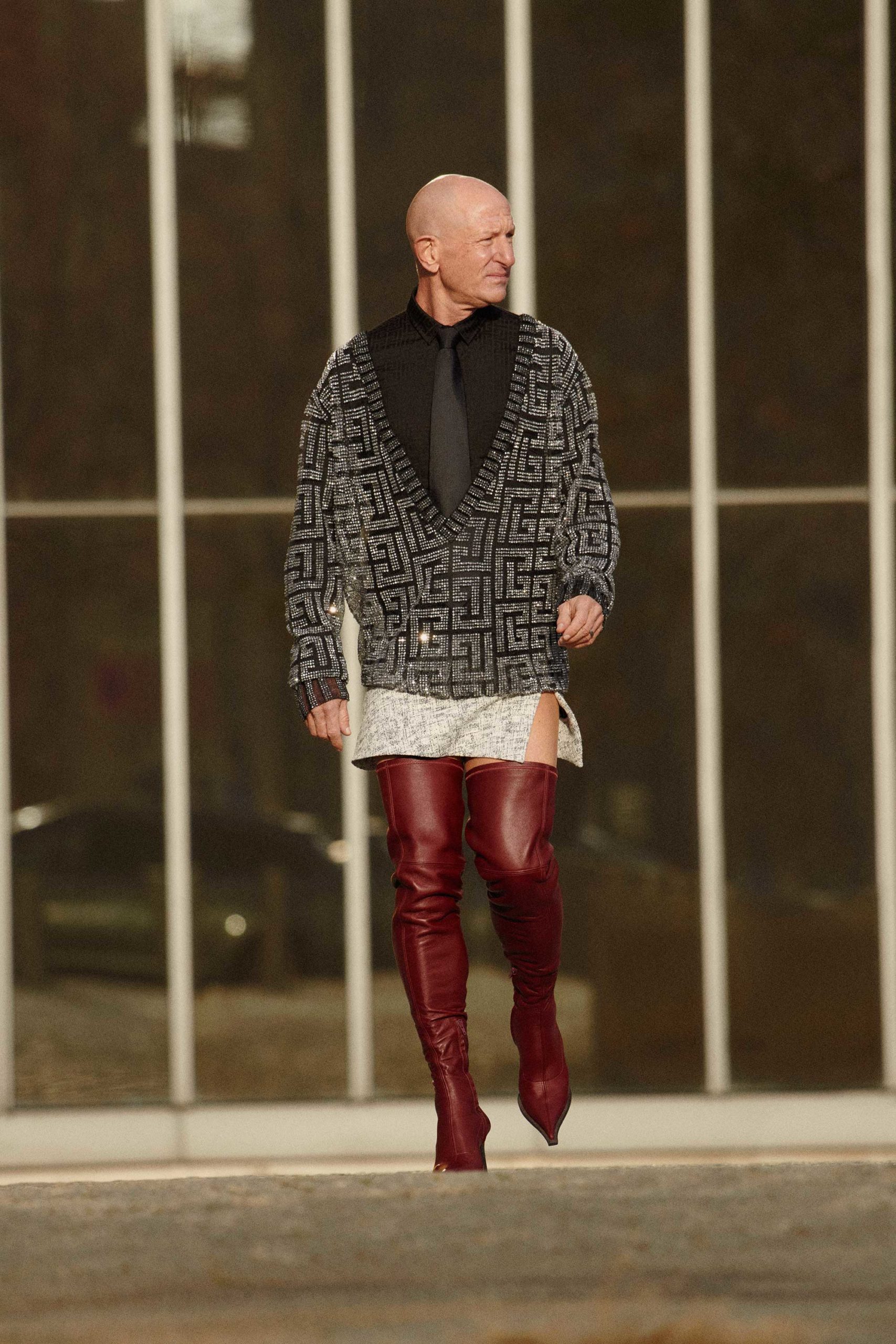 Sweater, Shirt, and Tie by Balmain. Skirt by Coperni. Tights Stylist’s Own. Shoes by Ioannes.