“Why show the Basquiat portraits now?” I ask Lee Jaffe, a cross-disciplinary visual artist, musician and poet, the day of his install at Eva Presenhuber gallery. Jaffe captured several photos of the artist in 1983, the year he casually traversed throughout Japan, Thailand, and Switzerland with his friend, Jean-Michel Basquiat. He shrugs and says in a pitch no louder than a whisper, “The people, they’re interested now.”

Jaffe is a difficult man to summarize. He’s lived about a dozen different lives and worked in a variety of artistic mediums, all the while shying away from the spotlight. “I never chased celebrity,” he tells me when I probe whether he used to hang out at the Factory with Andy Warhol and co. Highly cerebral and abstract, Jaffe has the memory of a computer and the disposition of a philosopher. He’s the type of dude, who to this day, always knows where to get good reefer, but was never interested in snorting coke.

Jaffe’s portraiture, poetry, and conceptual art is influenced by the strong friendships he’s cultivated with cultural icons like Basquiat, Bob Marley, Chris Blackwell, and Peter Tosh. The themes of deconstructing race theory, class conflict, and neocolonialism are the common threads which run through each of his pursuits and collaborations. As for how these friendships formed—let’s just say Jaffe has always been in the right place at the right time. He met Marley in New York at a concert and helped him navigate the process of finding musical equipment and good herb. That led to a longer-than-expected stay in Jamaica culminating as The Wailers’ harmonica player and the producer of Peter Tosh’s iconic “Legalize It.”

As for Basquiat, they connected over reggae music at a mutual friend’s art show. It was the early 1980s in New York, when the art scene was gritty, complicated and flourishing. “For me, watching him paint reminded me of the times I would sit and play harmonica while Bob Marley, with his acoustic guitar, would be writing songs that were eventually to become classics,” Jaffe says. “With Jean and Bob, it seemed like they were channeling inspiration coming from an otherworldly place.” Below, Jaffe takes us on a trip through his intimate, marijuana-laced portraiture from the ’70s and ‘80s. 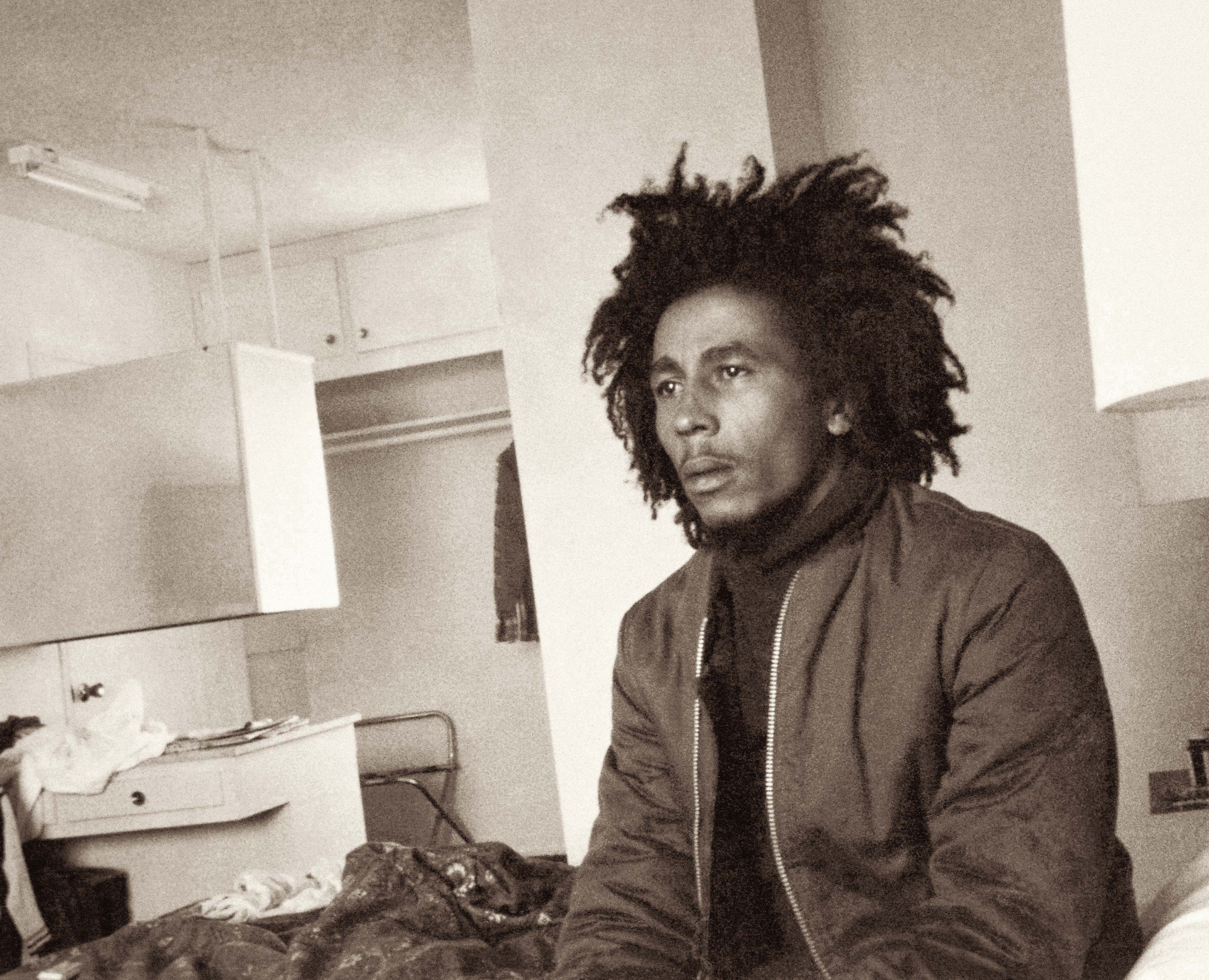 “I pulled around the rear of the venue in San Francisco. It was October 1973 and I grabbed Bob’s guitar from the back of the Buick station wagon. I felt a part of the group, although I had yet to record a note with them, and it would be more than a year later before I would get my onstage initiation and become a true Wailer. I stood at the mixing board urging the engineer to pull up the bass and, as the place began to throb, the crowd grew more and more ecstatic. Bob was dancing, almost athletically. He made an unforgettable move, bending backward so far as to almost touch the floor. I couldn’t believe he didn’t fall, but somehow, miraculously, he pulled himself up, and with his right arm swinging, his hand came down on a chord with perfect timing as he sang ‘Slave driver, you’re gonna get burned…'” 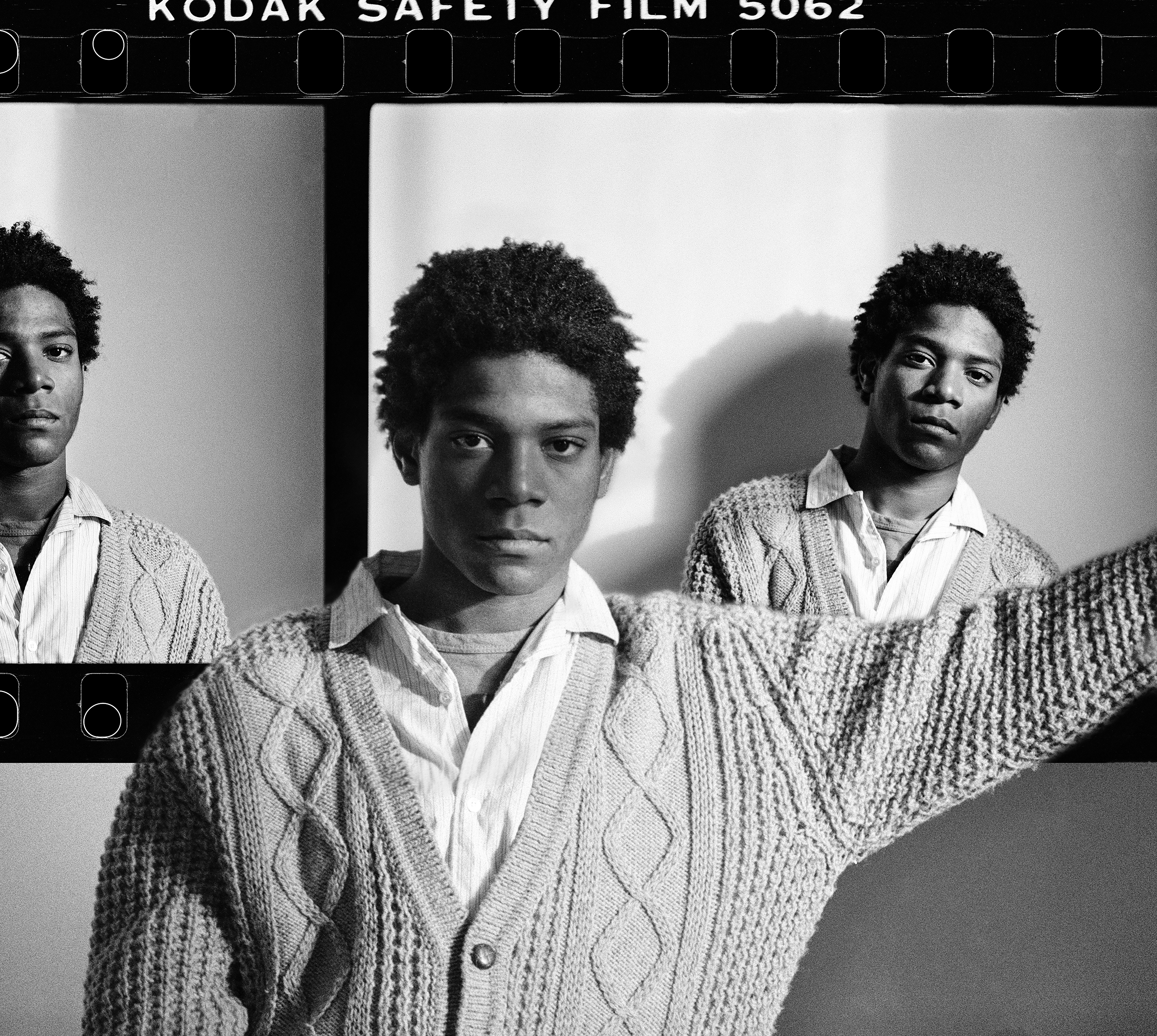 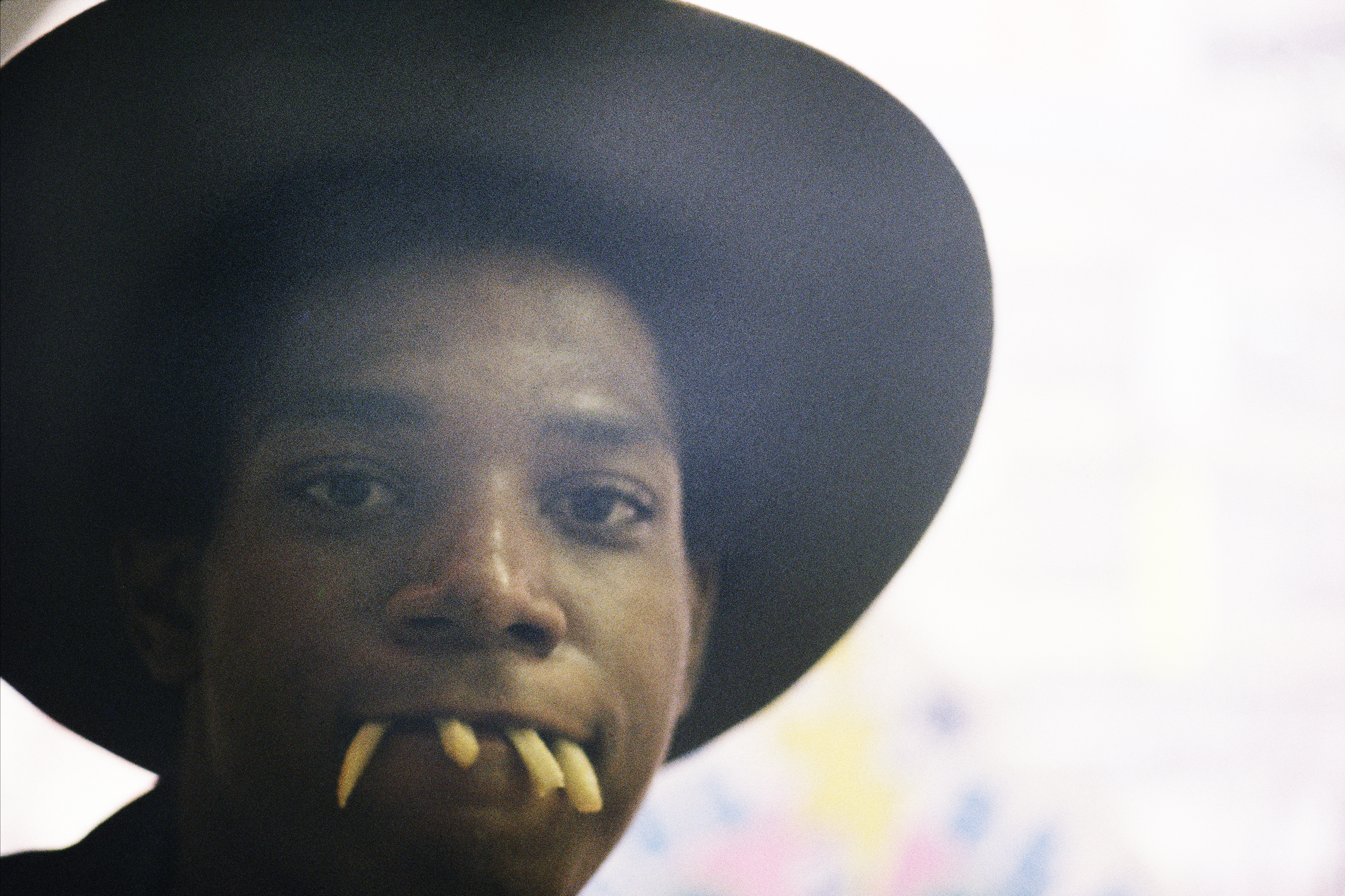 “It was late August 1983 when we returned from an around the world trip, last stopping in St. Moritz, Switzerland before returning to New York. I had rented a loft on the corner of Broome and Mercer and Jean-Michel had just moved from his studio on Crosby Street to a place on Great Jones near the Bowery, where so many homeless lived—a two story building that he rented from Andy. I would stop by his studio usually late at night and bring some good herb (he wasn’t doing drugs at that time) and we would talk about French symbolist poetry or U Roy and the Jamaican origins of rap or Baudrillard’s take on collecting, but he would not stop painting for the conversation. For me, watching him paint reminded me of the times I would sit and play harmonica while Bob Marley, with his acoustic guitar, would be writing songs that were eventually to become classics. With Jean and Bob, it seemed like they were channeling inspiration coming from an otherworldly place.” “In 1975, when Peter Tosh left his group The Wailers to pursue a solo career, he summoned me to his house in Spanish Town, Jamaica. I sat mesmerized as he played his acoustic guitar and sang two albums worth of unrecorded songs. Then, he asked me if I would help him get the songs out into the world. One of the tracks—’Legalize It’—stood out as an instant classic. Bob Marley had once taken me on a hike deep into the mountains in St. Anne’s Parish near the small hamlet of Nine Mile where he was born. It was then that I first encountered an herb field and it struck me that I had never seen a photograph of an actual cannabis plant. When Peter’s album was near completion, we garnered a deal with Columbia Records. It was obvious to me that ‘Legalize It’ should be the title track and I suggested to Peter that we go to a field and do some photographs for the album cover. More than 40 years later thousands are still incarcerated for possession of cannabis and the battle to legalize it continues.” “In 1970, when I had been exiled from Rio to New York along with my often collaborators in Brazil, Miguel Rio Branco and Helio Oiticica, I became friends with Vito Acconci and Dennis Oppenheim. I shot two super 8 films of Dennis’s performances. Later, I had helped Vito document 2 performances so I was able to get up the nerve to ask him to perform in a work I wanted to do. I had the utmost respect for Vito. He was one of my heroes when I dropped out of college in 1969 because of how radical he was. At the time the Vietnam War was raging and I viewed conceptual art as a reification of a stand against an art world that was at best neutral and at worst compliant. Not making objects that could implode into the hegemonic system was for me the only way to be an artist with relevance. As a young middle-class college student and then dropout, it was possible to avoid the draft and the war. When I was called, I shot up meth for a week, got a psychiatrist note and was declared 4F … easy. But my view inexorably altered when I moved to Brazil. Here there was no avoiding. The US-supported military dictatorship was cracking down on dissidents. The shroud of imminent violence, of ‘disappearing’ and torture was palpable. One horrific night of imprisonment in a Rio inner-city jail etched indelibly in my psyche. Upon my return to New York, my sense of the risks one needed to take as an artist needed to be beyond the purely intellectual.” “Tricky is a multi-hyphenate storyteller genius. I followed him around the U.K. shooting video and stills. London, Bristol, Manchester, Glasgow—never a dull moment.  We shot a movie with him directing and starring.” “I met Nari Ward in San Gimignano, Italy, at a sit-down dinner that Gallery Continua was having for the opening of their Ai Weiwei exhibition in 2012. Ward came up to me and said, ‘I think you are in a movie I just saw!’ The movie was Kevin Macdonald’s definitive documentary Marley. Of the 300-odd invitees to the dinner, he was the only one who looked Jamaican. At the time, Nari was living in Rome, being the recipient of the Rome Prize from the American Academy. As I was residing in Florence, we exchanged contacts and a few months later he called and invited me for a visit. The American Academy in Rome could be called The American Academy Above Rome—housed in a palatial villa situated on a hill looking down on the Pantheon. As we sat in the grand dining room with its cathedral ceiling and tapestried walls, after an elaborate eight-course dinner (two for me, as I’m vegetarian), Nari began discussing plans for his upcoming exhibition at Continua, and mentioned that he needed a photographer to document a performance piece for the show. When he explained that the work was based on his uncle, a Jamaican musician, who had a group called ‘The Happy Smilers’ who played for tourists in the 1960s, I excitedly offered to help realize his vision. A few months later, we shot the photo series Sun Splashed in twenty residences in Rome and Florence.”

“Lee Jaffe: Jean-Michel Basquiat” will be on view at Galerie Eva Presenhuber in New York from June 28 through July 26.