Omar Ayuso Wants to Show You Something In the past few years, Omar Ayuso has gone from anonymous film student to queer icon, thanks to his portrayal of Omar Shanaa in the racy Netflix drama Elite. The Spanish production follows the lives of three working-class friends who transfer to a private school and get sucked into the depraved world of its ultra-rich student body. There’s sex, drugs, and yes, murder, but the series, which has been renewed for its fourth season, also grapples with issues of class, gender, and race. Ayuso’s character in particular—a tender and tenacious closeted Muslim—gave the actor, who is openly gay, plenty to chew on, both on and off the screen. “Ultimately, everything you put into a character is yours,” he says. “You can change the context, change the name, change the people you interact with, but in the end, all the love, all the hate, and all the fear you put into a character, it’s the hatred and fear that you have inside.” Shirt and Briefs by Gucci. Ring by Dior Men.

As played by Ayuso, Omar is daring and outspoken, adjectives that could also be used to describe the 22-year-old actor’s eye-catching Instagram account, where his millions of followers have borne witness to some headline-grabbing posts, including a screengrab of a shirtless Ayuso videoconferencing with another nude male that was censored by the social media platform. But for Ayuso, it’s just another canvas. “In the end, a social network is nothing more than an expression of the version of ourselves that we wish to be,” he says. “It’s a showcase for what I want to talk about.” “We were a group of inexperienced kids,” says the Madrid native about the cast of Elite. “Before we started shooting the first season, we spent a month together in rehearsals for several hours a day. We didn’t so much work on text, or on scenes, as much as we worked on the construction of the souls of these characters—their biographies, their phobias, their fetishes.” 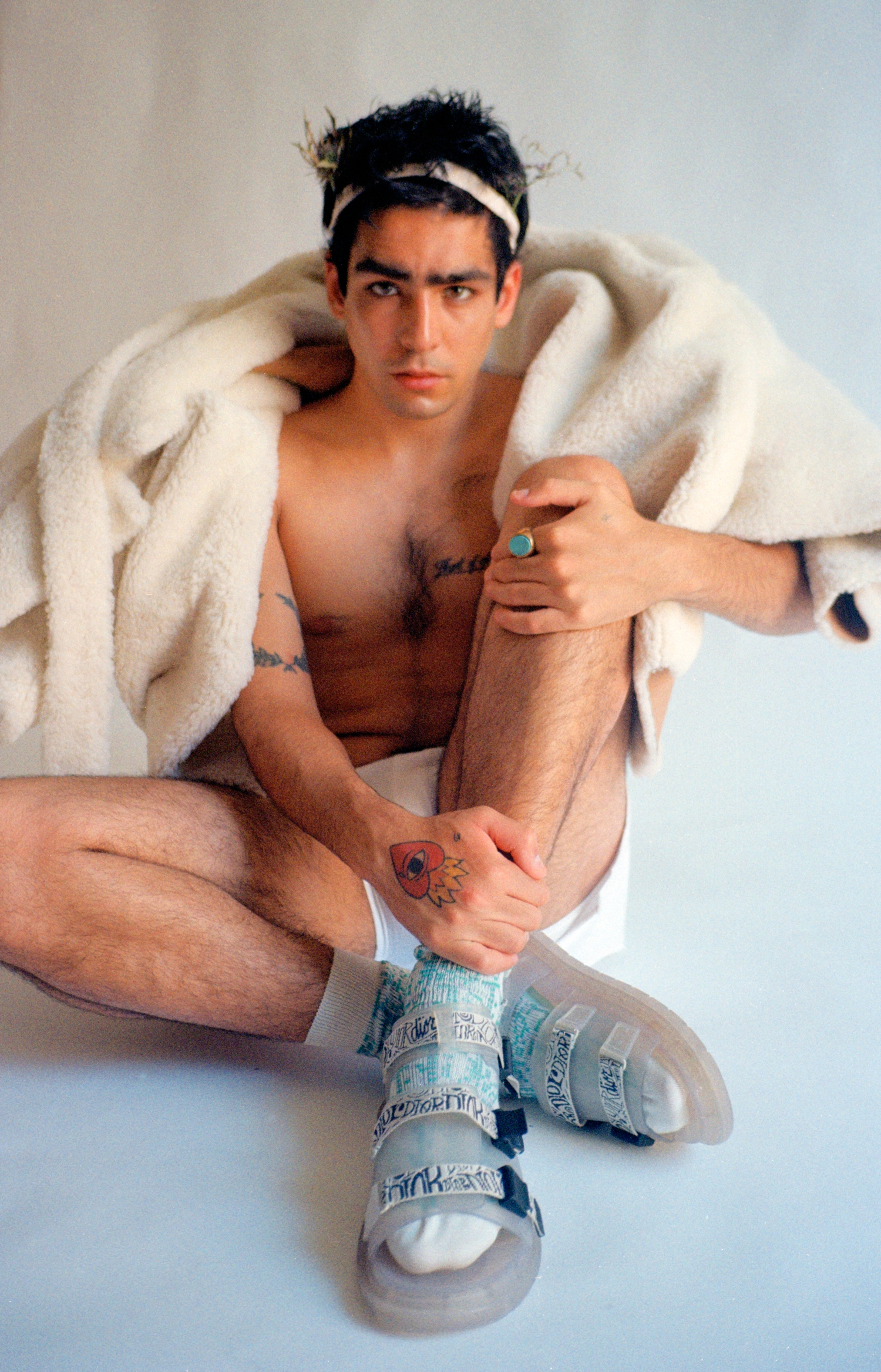 “I spent the first few months on a cloud, being aware of what was happening but not being aware of how it was affecting me,” says Ayuso, who attends the film program at Charles III University of Madrid. “But when everything gets cold, and, let’s say, the inflammation of the wound goes down, that is when you have to start working on the scars that you have left.”