Jan 25, 2013
Energy Independent and BUF are teaming up on a new adaptation of Shakespeare's Romeo and Juliet, currently titled Romeo. More 1o Things I Hate About You meets Donnie Brasco than Franco Zefirelli, in this version Romeo will be a present-day, undercover DEA agent trying to take down a major Miami crime syndicate controlled by Juliet's father. Nov 14, 2012
When Interview's Scott Lyle Cohen first spoke with Anna Karenina star Keira Knightley almost a decade ago—back in March 2003—she was still surprised by the success of Beckham and gearing up for Pirates. She even indulged him in a little pirate-speak. by Kyle Loretan and Gregory Speck

Oct 09, 2012
"The bigger the canvas, the better I do. I'm not so good at understated, kitchen-sink kinds of parts," Christopher Reeve told Interview in 1986. Born on September 25, 1952, Reeve was an American actor, film director, producer, screenwriter, author, pilot, and superhero. Here, we remember the great actor and activist, who died eight years ago today. 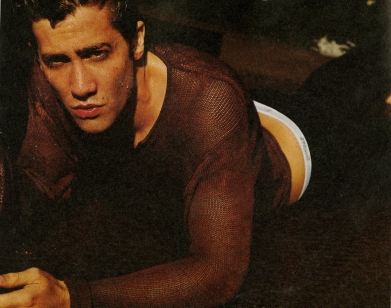 Sep 27, 2012
Last year, Lionsgate Films made the announcement that Noble Jones will be directing an adaptation of the 1991 Bret Easton Ellis Novel and 2001 Mary Harron film, American Psycho. Jun 21, 2012
Hermès continues to demonstrate its love of photography with a new collaboration with Tokyo-born, New York-based photographer Hiroshi Sugimoto.