The overnight success of Khadimou Rassoul Cheikh Fall, the artist better known as Sheck Wes, has become the stuff of internet legend: Kid makes song, famous rappers post about song, kid becomes famous rapper. Such was the case when Wes, a Harlem-born performer of Senegalese descent, took a scooter ride into public consciousness with the viral video to accompany “Mo Bamba,” a song dedicated to his childhood friend and Orlando Magic center Mohamed Bamba that he filmed while nursing his own basketball injury. But unlike many of today’s bedroom recording artists, Wes was already something of a local hero—for his prowess on the courts and on the mic at house parties—years before he jointly signed to Travis Scott’s Cactus Jack and Kanye West’s G.O.O.D. Music labels. Days before his 20th birthday, on the eve of dropping his debut album Mudboy, Wes looks back on his childhood haunts and his earliest adventures outside of the projects where he grew up, one D train ride and “borrowed” Citi Bike at a time.

“When you live in the projects, everything you need is in a mile radius: a basketball court, an indoor gym, a school, a grocery store, a shopping center. But I was tired of doing the same shit every day. That’s what made me leave the Kingdom to explore other places. Now I’m always on a plane. My right ear ain’t popped in two weeks.”

“The Kingdom is where we shot the video for my song ‘Mo Bamba.’ It’s a big outdoor basketball arena where we used to go when I was a kid, and where I used to play with my friend Mo Bamba. Guys smoked there. All the homies would be there. I was riding a scooter in the video because I’d fucked my ankle up the day before playing basketball.” 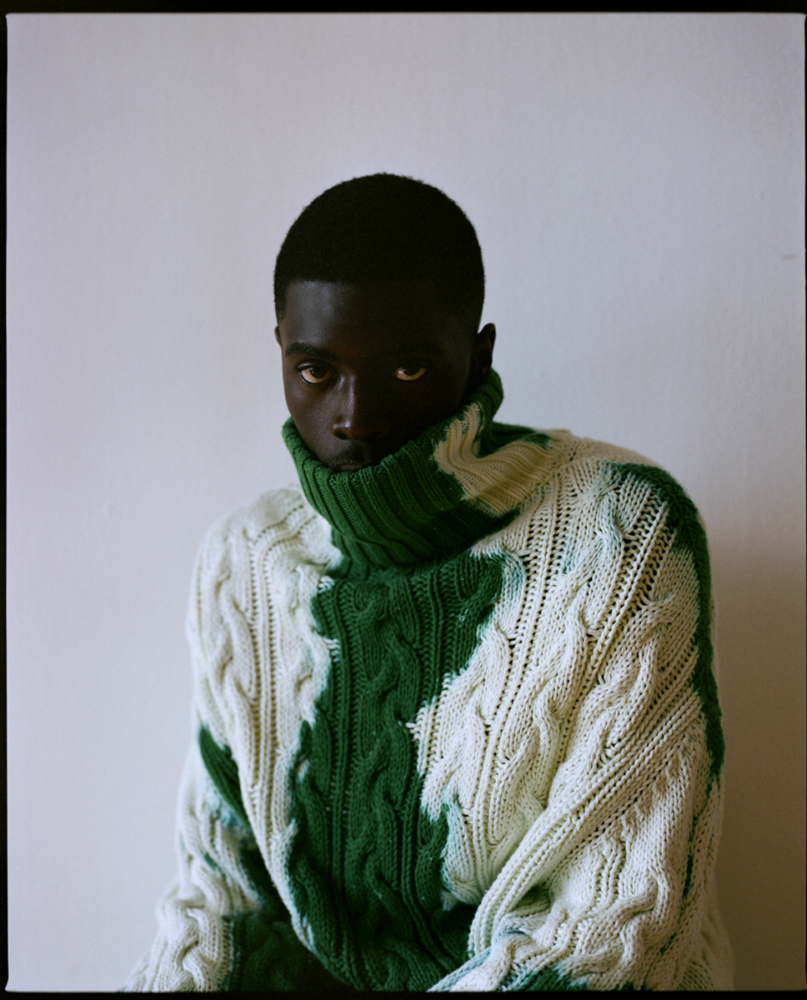 “When I went to Norman Thomas was when I started leaving my neighborhood. I’d take the D train down to 34th Street, and then walk from Sixth Avenue over to Park Avenue every day. I was super cool in school. I was badass, I was smart, and I played my best basketball season there—I averaged nine assists per game. And I used to rap and shit. That was when I first started going around other neighborhoods. We used to get out of school, steal Citi Bikes, go around the whole city, and just be wild.”

“I swear to god, sometimes I just want to go to kids’ parties—to just ball somewhere with mad kids. That culture of black bros is so fire. I had a friend named Guy who modeled for Hood By Air, and he had a real studio in his bedroom in Chelsea where I recorded some of my first songs. Those kinds of house parties were where I made a name for myself—my early songs like ‘LeBron James’ were born in New York house parties.” Coat and Pants by Valentino. Underwear by Supreme. Necklace Sheck’s Own

“My boy D-Town Escobar once threw a party at this church on 121st and Lenox—I remember it was so lit because I performed, and we had gangsters and hipster kids all mixed in together. That was when people really started knowing me as Sheck Wes. In Harlem, Facebook was big. Kids would make Facebook ‘families,’ where they would change their last name on Facebook and have the same last name as their friends. I had this girl I was talking to, and she changed her last name to West, so I changed mine to West too. It wasn’t until later that I took the ‘t’ off.”

“When I was younger, I used to go to Dover a lot. It’s crazy, because now when I go there, the little-ass 12-year-olds are like, ‘Sheck Wes! Sheck Wes!’ I put ’em on my ’gram, because I used to always run at the stars like that. I used to go up to Floyd Mayweather when he’d pull up in Harlem before a fight. I saw Britney Spears at a hotel on Seventh Avenue. I’ve got all these pictures on my Facebook, which is actually still up.”

“When I’m away from New York, the thing I miss the most is the food. I miss going to my deli to get a pomegranate-flavored aloe water and a chop cheese. That’s my favorite sandwich. When I was in Africa, I used to make them figure out how to make a chop cheese for me. It’s easy, though. You just tell them to chop up the hamburger, mix it with the cheese, and put it on a bun. No ketchup.”