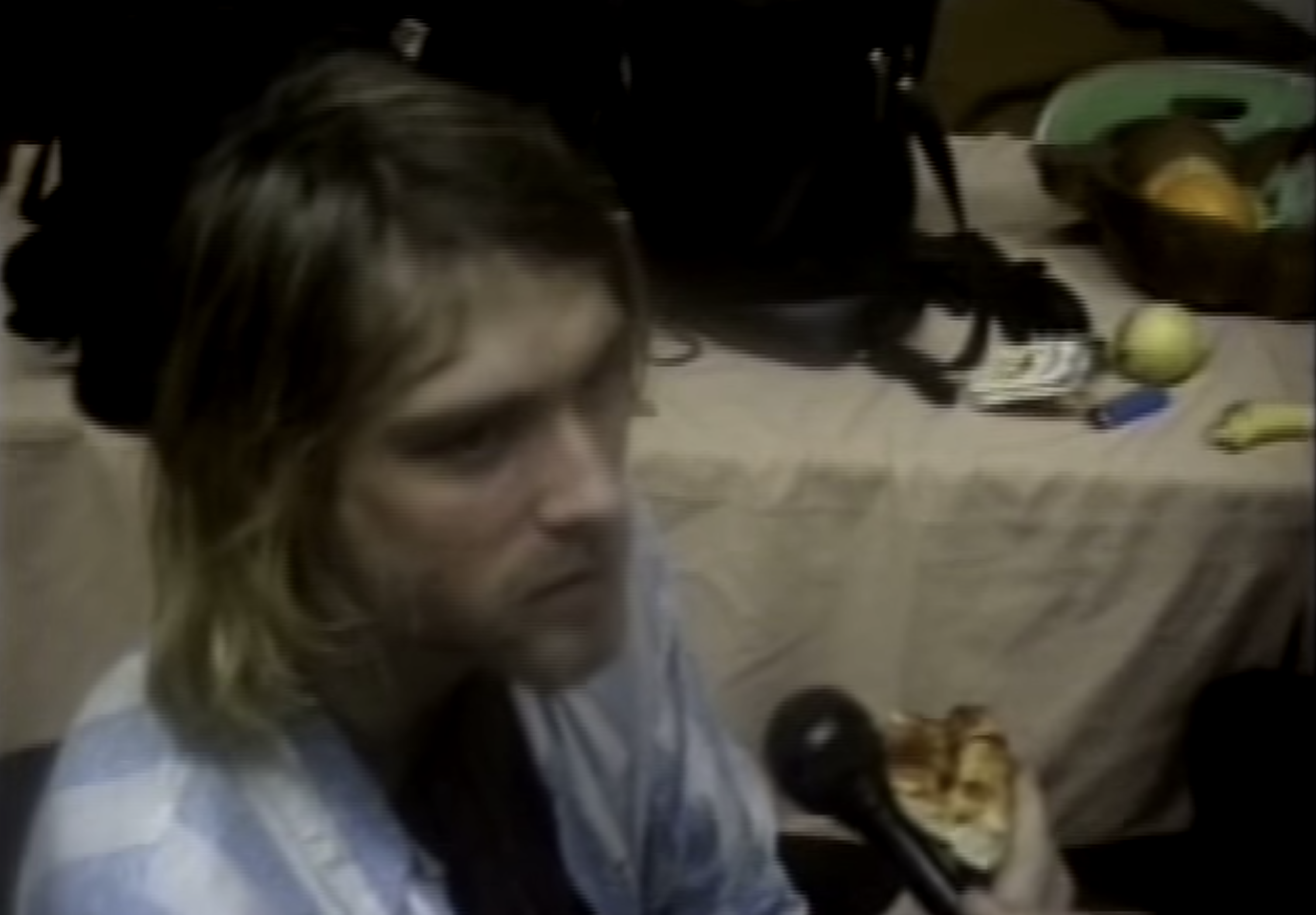 Nardwuar, the Human Serviette—as the Canadian journalist and radio host is known amongst music diehards—interviewed Kurt Cobain and Courtney Love just four months before Cobain’s untimely death in April of 1994. Nirvana played Vancouver’s PNE Forum on January 3 and 4, 1994. Nardwuar, intent on scoring his interview with the grunge originators, hid in the band’s dressing room.

“I showed up super early at the PNE Forum the first day that they were playing,” he told Pigeons and Planes, “[I] went into the dressing room, left a copy of the interview that I did with Courtney Love—a cassette—on Nirvana’s deli table because they weren’t there yet, and a little note: ‘Hey Kurt, would you like to do an interview with me? – Nardwuar.’”

Then Nardwuar heard a knock on the dressing room door. He hid in the bathroom. Security discovered him there and, on a whim, he attempted to convince them that he was the president of Nirvana’s record label Sub Pop. He was unceremoniously tossed out.

Later that day, Nardwuar returned to the PNE Forum to interview the Butthole Surfers. While there, he ran into Kurt Cobain in that very same dressing room. “I went up to Kurt, said, ‘Hey, it’s Nardwuar. I left you a little note, and I don’t know if you saw it. Here’s a cassette of my interview with Courtney. Would you do an interview with me?’ And Kurt said, ‘Ehhh, maybe one day, but not now.’”

Returning on the band’s second night for another try, Nardwuar was recognized and again given the cold shoulder from security, who barked at him: “You’ve been in this town long enough to know that you’ll never, ever get on the guest list.” Dejected, he was almost ready to give up when he spotted Cobain and Love mistakenly entering through the media entrance. He called out, and Love recognized him. She walked over to Nardwuar. “‘Hey Nardwuar,’ she said. ‘I listened to that cassette that you gave Kurt. You gotta learn to edit me.’ I said, ‘Okay, thanks. I appreciate that, but can I come backstage with you?’ She said, ‘Yeah, sure, no problem.’ The people at the door heard us, and went, ‘You can’t bring Nardwuar,’ and Courtney Love turns to them and says, ‘That’s my cousin Nardwuar; I can take him wherever I want.’”

“Sadly, I was never able to talk to Cobain again, as he died only a few months later,” Nardwuar later told SPIN. “I think this is one of his last interviews ever.”