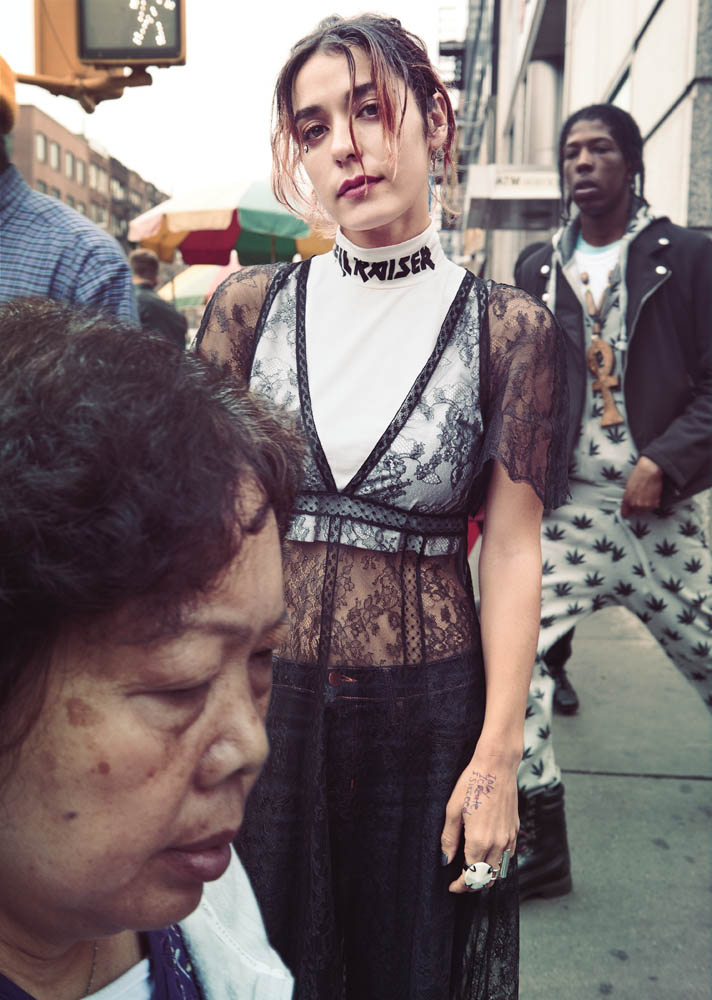 Jenny Lee Lindberg’s route to rock stardom had some false starts. “Reno didn’t have very many creative outlets. I wanted to play the piano, but my mom wouldn’t buy one,” recalls the musician, chuckling slightly, of her hometown in Nevada. “I ended up doing choir in elementary school. And then I played the harmonica, because that was on the cheaper side, which was … fun.”

Now, as the bassist-singer with the Los Angeles rockers Warpaint, Lindberg enjoys much better artistic accommodations; in 2014 the band cracked the top 10 on the Billboard Independent Albums chart with their eponymous second album and played main-stage sets at Coachella and Glastonbury. But she nods to her childhood throughout her first solo album, Right On! (Rough Trade), folding in all the influences that shaped those years: the ponderous energy of new wave, the low vocal bandying of goth rock, and, especially, a current of restlessness. “There’s a common theme on the album of feeling stuck at times, feeling that you can’t really go anywhere, being scared and just going for it,” says Lindberg, 34, billing herself as jennylee for her solo work. “I’ve been wanting to do a solo album for a long time but haven’t had the balls to do it. So my 16-year-old self—all the phases I’ve had up until this point in my life—this album caters to all of those versions of me.”

Right On! shares the sultry frission and hazy glamour of Warpaint, but it diverges steadily from there. Solo, Lindberg has a darker, more languorous sense of melody and a low, throaty voice with a sharp, curt edge. Singing over pulsing guitar and, of course, prominent bass, she weaves both sinewy love ballads (“He Fresh,” an ode to her husband, the filmmaker Chris Cunningham) and more agitated stances (“Bully,” a hypothetical showdown with a stark undercurrent of vulnerability).

After playing a handful of solo shows, Lindberg is now working on Warpaint’s third album (with a sound she describes, succinctly, as “bigger”), though she reflects on her Right On! sabbatical with sepia tones. “Writing this was a space that I got to exist in where there was no judgment, even just on myself,” she says. “I cried my last day in the studio!”