Jacket by Celine by Hedi Slimane. Bra and Briefs by Kiki De Montparnasse. Tights (worn throughout) by Capezio. Necklace by Moschino Couture.

The model, photographer, and dancer Gabbriette added rock star to her résumé since she was hand-picked by Charli XCX to join the band Nasty Cherry.

“I didn’t really listen to a lot of pop music until I met Charli,” says Gabbriette Bechtel, the 22-year-old California native who was scouted on Instagram by Charli XCX, after the British hit-maker decided to form the girl group that became Nasty Cherry. “So that was something that I was discovering throughout this music-writing process, listening to pop artists that ranged from Prince and Madonna to Charli’s own music. I’ve been listening to a lot of different shit these days, but I mainly listen to what my dad would play me, which was stuff like The Doors.” “I’ve never had a close group of girlfriends before being in this band,” says Bechtel of her Nasty Cherry bandmates, the guitarist Chloe Chaidez, the drummer Debbie Knox-Hewson, and the bassist Georgia Somary. “We didn’t know each other, and we moved into an apartment in L.A. for six months just to write. I brought my journal and I’d never written a fucking melody in my life. That vulnerability really opened my eyes. After the first three days, we were naked running around the house.”

“Nasty Cherry’s message is just being completely yourself,” says Bechtel of the pop-rock foursome, whose docuseries, I’m with the Band: Nasty Cherry, debuted last month on Netflix. “It’s about finding people you really relate to and connect with, people you love and who love you back. Nasty Cherry is about loving yourself and being able to be whoever you want. Have a good time and scream ‘Fuck you.’ I needed a band like this when I was a kid.” 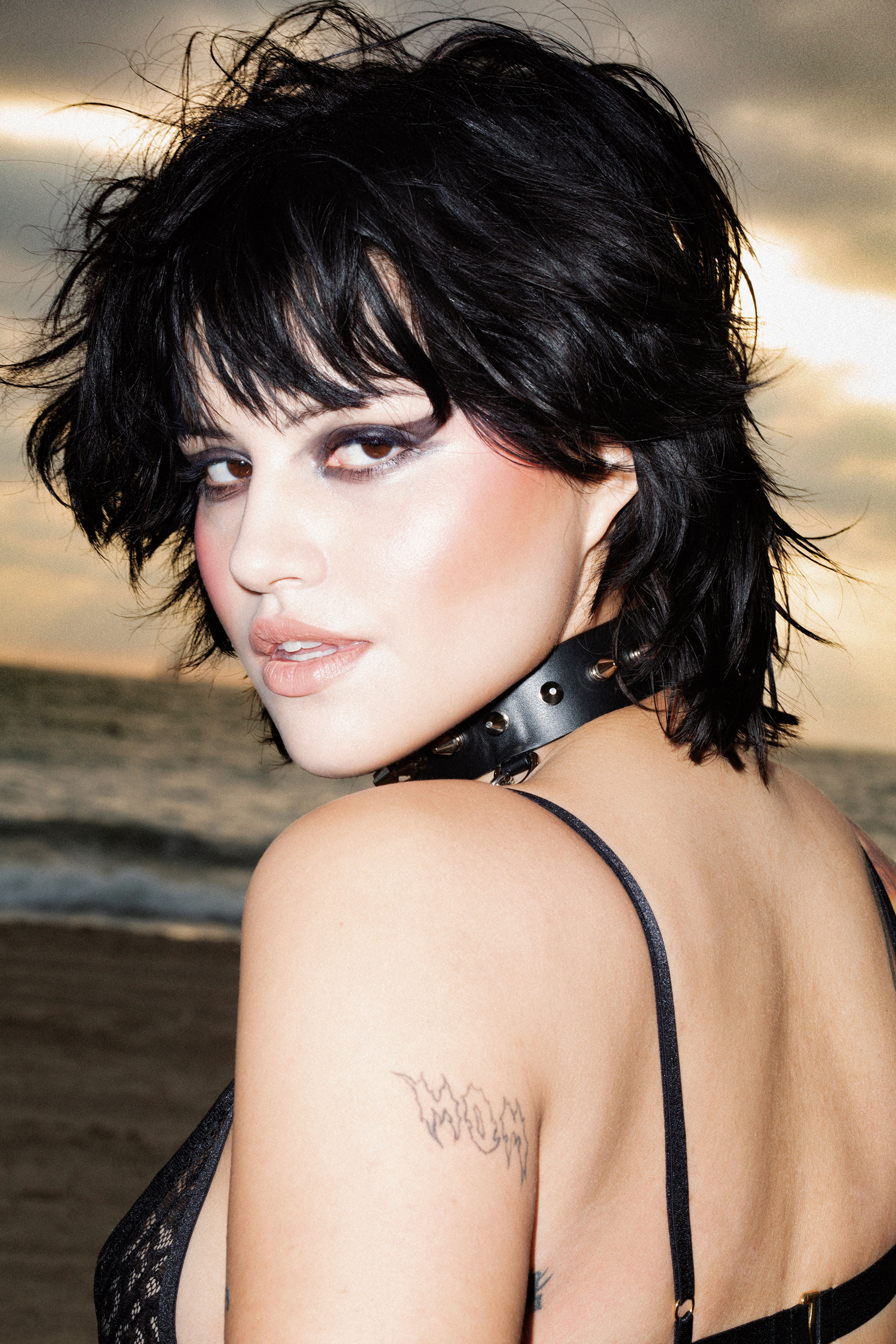 “I had a nightmare that Charli XCX asked us to come out onstage and we weren’t singing or anything,” says Bechtel, who was a model and photographer before the British singer approached her to join Nasty Cherry. “But people were super confused and started throwing green sludge that was dripping all over the stage, and everyone was confused about why we were there. Dreams are weird, aren’t they?”