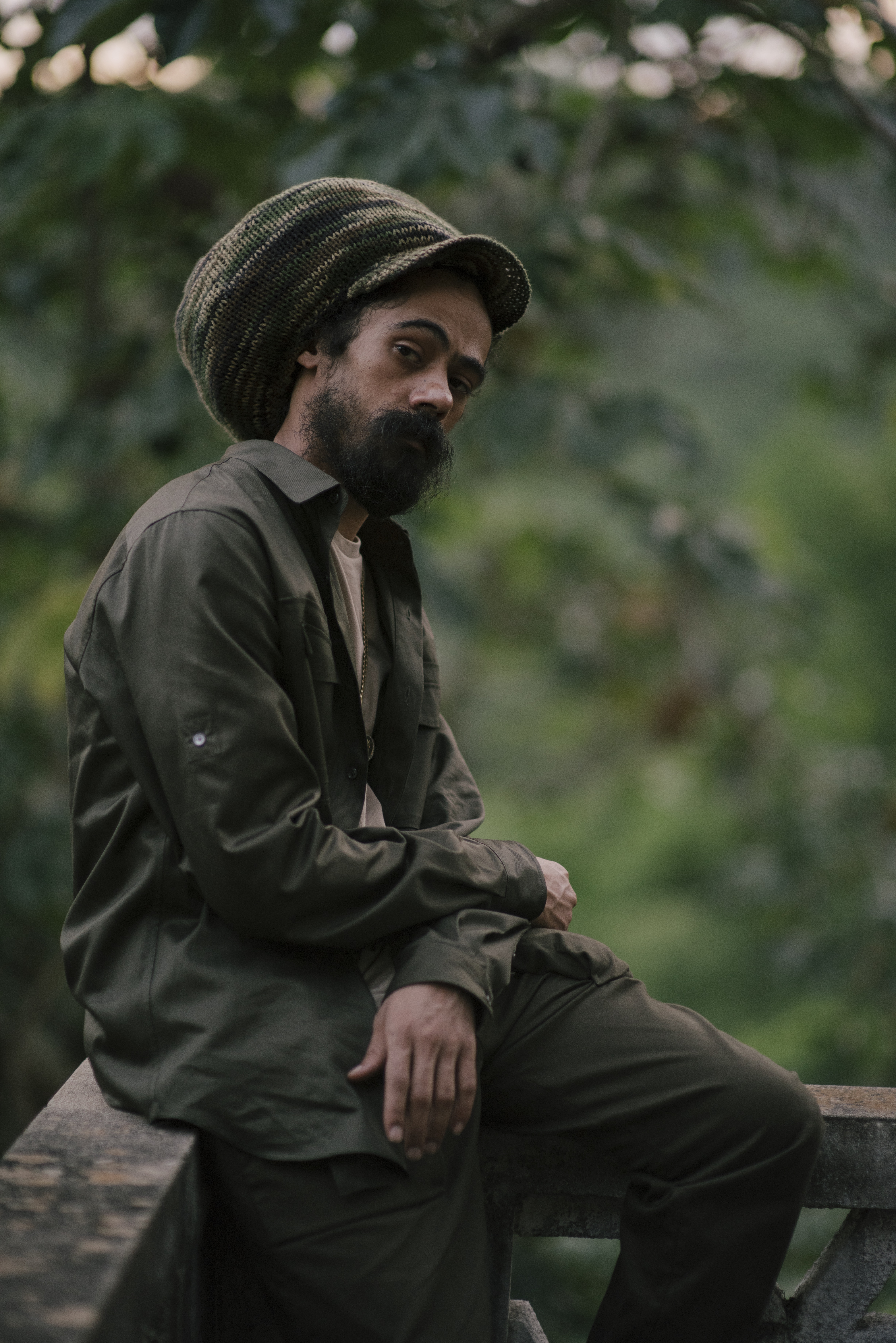 Two years ago, Damian Marley—youngest son of reggae legend and cannabis cult hero Bob Marley—went into business with the legal weed company Ocean Grown Extracts to convert a 77,000 square foot former California prison into a cannabis grow-op that would cultivate medical marijuana for state dispensaries. Claremont Custody Centre used to house those incarcerated for growing and selling weed. Now it incubates and grows the drug to help Californians suffering with illness, pain and disease. This role-reversal represents a significant societal shift in a country where the much-publicized war on drugs and its role in controlling minority groups tore families and communities apart. Marley is proud of the role he has played, proving there’s much more to the man than music.

The youngest Marley is renowned for his story-telling ability, evidenced by his new video for “Living It Up” from his Grammy Award-winning 2017 album Stony Hill, in which he takes his young son to visit the area in Kingston, Jamaica—where he grew up. With the success of his music and blossoming medicinal marijuana business, the reggae icon has another pivotal year ahead of him.

VISHAL RANA: You’ve got a new single out. What’s “Living It Up” about?

DAMIAN MARLEY: It’s about the story of my father making it out of Kingston, his beginnings and what he did to have a child, like me, born into a privileged life. That’s the inspiration for the song. Then it gets a bit more general to inspire other people who come from humble beginnings to stay focused and go for their dreams and ambitions.

RANA: The video shows you back in Kingston. What did that mean to you?

MARLEY: The video was done to show my son really, you know, the history of his family. He hasn’t been to Kingston many times. It was also to show him his family history, and of course that ties in with the theme of the song too.

RANA: How important was it to tell the story to your son?

MARLEY: It was very important. We’re all advocates of knowing your history, your roots and where you’re from. We can look back multiple generations all the way back to Africa.

I wanted him to know where I come from, why we do the things we do and what made us the people that we are today. Of course, it was also for him to appreciate what we have. That’s a big theme within the song. It’s a celebration of the sacrifices that were made for us to enable us to live the way we are now.

RANA: Stony Hill recently won a Grammy. How important is it to you to be recognised in that way?

MARLEY: It’s cool; it feels good to be acknowledged by your peers and the music industry. I do appreciate it. Those things are an afterthought though. The most important thing is what the fans think and if they enjoy it.

RANA: You bought an abandoned prison in California, now you’re growing cannabis in it. What happened there?

MARLEY: [laughs] I personally didn’t buy it. I partnered up with some people at a company called Ocean Grown Extracts and at the time they were looking for a place to set up and grow. It just so happened that the prison was on the market and, you know, it’s a big facility. There’s a lot of room you can use there to grow herb.

But then of course the serendipity of the story … We’re growing herb in a place that was once used to lock up people for the possession of herb, it’s a beautiful story. It wasn’t really something that was intentional. I didn’t set up to look for a prison; it just so happened that way.

RANA: What do you hope to achieve with it?

MARLEY: Definitely to enter into the marijuana business. The prison has needed some renovation work to be able to grow so we’re in the middle of that process now. But soon we’ll have it up and running as a full working facility. It’s great to be involved in this new business of cannabis.

Herb had been a big part of my life from day one so it was an obvious decision. To represent the original people that were involved in it is important. Now that it’s become legal there are a lot of corporations, businesses and investors who have nothing to do with the herb but want to get involved purely because it looks like a promising market.

I wanted to ensure that the people who have sacrificed over the years, the people that have gone to jail for selling herb to feed their families, are represented.

RANA: What does the legalization of cannabis in various places mean to you?

MARLEY: Before anything, it’s the fact that now, they’re not locking up young people for herb. A lot of young people have been locked up over the years. Even me, myself, I’d have to be always looking over my shoulder to see if a police car was following me because I don’t want them to pull me over with possession of herb.

To not have the criminal element associated with herb anymore is beautiful. It starts there; that’s a victory for us. The other part that I certainly find interesting is that we’re learning more about all of the medical benefits that marijuana has. We as Jamaicans and Rastas having been singing about it in our songs for years, that the herb helps heal the nation. To have scientific research done that is proving our point is wonderful.

RANA: Reggae seems to be having a renaissance. What role do you think you had to play in this?

MARLEY: Music comes in cycles. That’s part of it but also there’s a new generation coming up now that have come of age. There’s new great talent arriving like Popcaan and Proteje. It’s something to be excited about. I’m like one of the big brothers; I used to be one of the little brothers [laughs]. You can hear in a lot of their music that they’re influenced by my music. It’s a compliment in itself. We’ve all got a part to play. If someone does well, it helps the genre more. In His Final Interview, Toots Hibbert Reconnects With Ziggy Marley