The Birth of Børns 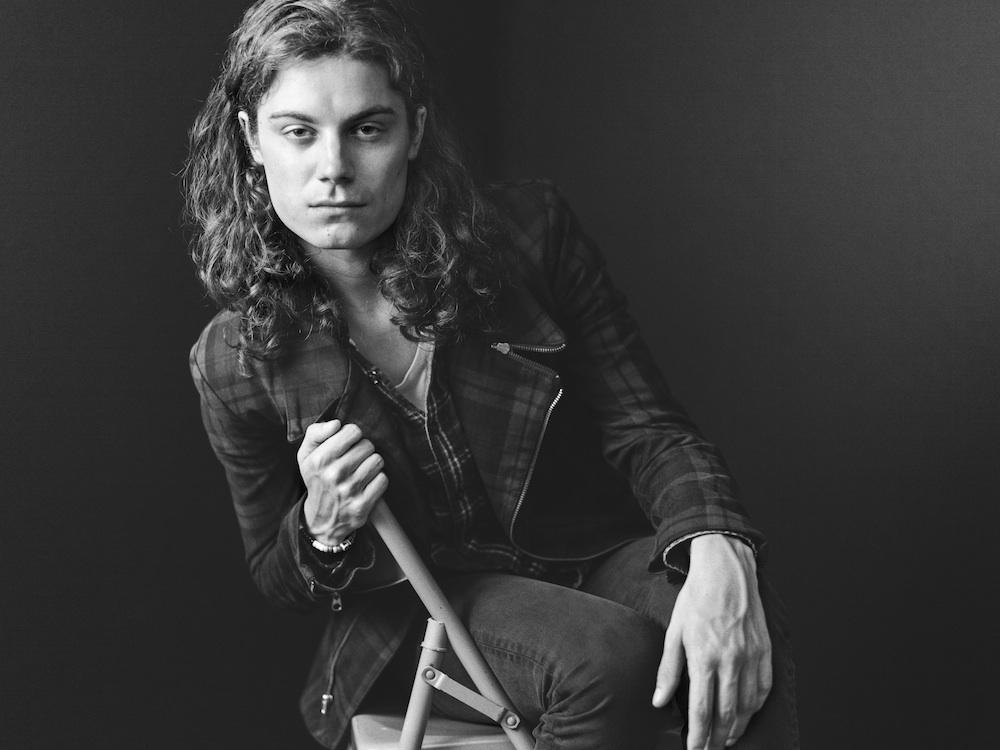 ABOVE: BØRNS IN NEW YORK, OCTOBER 2014. PHOTO BY CHRISTOPHER GABELLO.

There is a sound unique to Southern California, a joie-de-vivre-filled dreaminess that can only be attributed to ocean waves and sunshine. This much is obvious when listening to the music of BØRNS, a current L.A. resident whose debut EP Candy dropped this week. But beyond BØRNS’ Beach Boys-inspired tonalities lies something more: funk vibes, romantic lyricism and a soulful wistfulness that is rooted in his upbringing in coastal Michigan. A modern day vagabond, BØRNS spent several years bouncing between the coasts before settling in his California dreamscape. His past, his present, and music’s intelligently blended future comprises his ineffable sound, dreamy and soulful.

MERYN CHIMES: You just played your first New York show last night. How was it?

GARRETT BORNS: I moved to L.A. from New York. The last time I was here, I was living here, so it’s so nice to come back and actually play. It was nice to play at CMJ just because I moved here three years ago during CMJ and I’d never lived in a city before. It was brand new and exciting and I was running around to all the CMJ shows and living in Harlem and really excited about life.

CHIMES: What made you leave New York?

BORNS:  I didn’t think I was leaving. I loved it, I was so creatively stimulated by the city and so inspired. No one fits in in New York, that’s the great part about it. It’s so diverse here and there’s always something new everyday. It was really great for my music. But I went to California because I needed a break, I was getting a little claustrophobic. So I went out to L.A.

CHIMES: So…I hear you live in a tree house now?

BORNS: Yeah, I found it on Airbnb. In the pictures it looked like a beautiful treetop palace. I’m living off the grid up there. There’s no plumbing; I have an outdoor kitchen. I’m living very simply.

CHIMES: You’re from rural Michigan. How do you think that influenced your sound?

BORNS: If you’ve never been to Michigan, everyone thinks it’s completely rural. It’s a destination state. You don’t really drive through; you’re going there for a reason. Growing up on Lake Michigan, I was in the woods most of the time. It’s really beautiful. I didn’t think of it back then, but I think that sort of solitude was super meditative. I spent a lot of time alone. When I moved to L.A. I was living in a similar situation and that really brought out my inner child.

CHIMES: Tell me about your EP.

BORNS: It’s a collection of songs I wrote in L.A., in my tree house.

CHIMES: I can definitely hear that Southern California influence in your music.

BORNS:  It’s a little Beach Boys, and I’m also influenced by the Zombies. Colin Blunstone, the lead singer of the Zombies, put out these two solo records in the ’70s that are just unbelievable. Those albums are so beautiful and unheard.

CHIMES: How did you find those records?

BORNS: I was in Mount Washington [in L.A.] and one of my friends said this guy who lives in a geodesic dome is renting out a room. So we go over there and he’s this totally fucking far out dude. He refurbished this geodesic dome and he has all these records and a listening room, and it’s all echoing through the dome. He played this Colin Blunstone and it was just incredible. I had never realized how amazing his voice was stripped down. His voice is so present, nobody sings like that. It’s like honey.

CHIMES: I hear a lot of soul and funk in your music.

BORNS: A lot of soul and funk influences, a lot of Al Greene, Earth Wind & Fire, and the Bee Gees. My folks got me listening to good music at an early age. I grew up with a lot of music; my folks were always playing a lot of jazz.

CHIMES: Tell me about L.A.

BORNS: L.A, it’s charming. It has a mystique with its canyons and palm trees. When you first go to L.A. and you see those palm trees you think this is never going to get old! I was driving around this old Mercedes, it sounded like a boat from the outside but it was a beautiful ’78 Mercedes and it was just the life. I didn’t know anyone when I moved out there. I didn’t have a plan.

CHIMES: I noticed your lyrics more or less always deal with romance or love.

BORNS: I’m probably blushing. A lot of my songs are inspired by a muse of some sort, whether she’s real or not. I like writing love songs. I really like romantic poetry.

CHIMES: Do you read or write poetry? Do you have any literary idols?

BORNS: There’s this poet named Walter Benton, I really like his stuff. He always uses landscapes as a metaphor for the female body. I remember reading that for the first time and just being like, “Whoa.”

CHIMES: Do you think that poetic lyricism translates into your music?

BORNS: Definitely, I like to paint a vivid picture with my lyrics while still keeping them as simple as possible. Also, I think a big influence for me, both melodically and lyrically has been the Bee Gees. What they did so well was say the romantic and poignant things, but so simply. “More Than A Woman” is like, “Whoa, come on!” It’s the most romantic thing you can say to a woman if you mean it.

BØRNSEP CANDY IS OUT NOW.