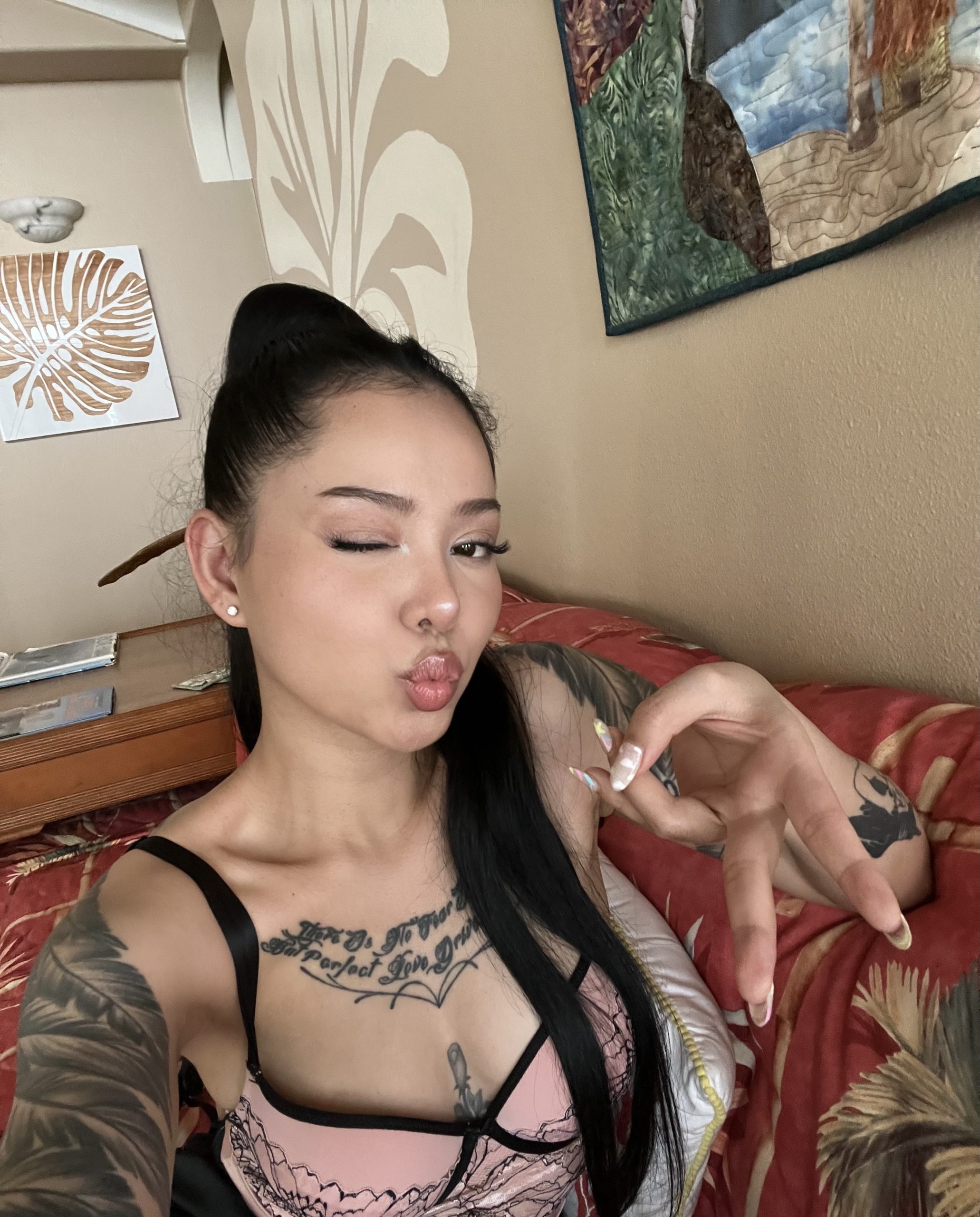 For the follow-up to her debut single “Build a Bitch,” Bella Poarch leveled up. In the music video for “Dolls,” the TikToker and pop star went full blockbuster, loading the clip with CGI, fight sequences, and cameos from her galaxy of creator friends. There’s Madison Beer, Chloe Cherry, and Valkyrae. Even Hasan Piker bothered to show up. Storywise, the video acts as a sequel to “Build a Bitch,” with Poarch and her crew returning to the Match-Made Doll Factory to blow the whole thing up, only to encounter a mechanized bloodthirsty Grimes. To mark its release, Poarch called us up from her couch to talk about the making of the video and more.

CAITLIN LENT: ​​What’s the difference between conceptualizing a music video and dreaming up a TikTok?

BELLA POARCH: Tik Toks are super simple. You basically can do anything with TikTok, but with music videos, it’s making art and making a statement.

LENT: Do you worry that four minutes is too long for our TikTok-addled, attention deficient brains?

POARCH: It’s kind of weird that we have that short [attention] span now–it’s totally getting shorter. When you make a music video, it has to be interesting. If you make it really interesting from the beginning to the end, viewers will watch it all the way through.

LENT: What purpose do you think that music videos serve?

POARCH: Music videos are very important. They tell the story of the song you’re putting out, and visuals are so important when you’re listening to music. It just tells the story and it’s art. And I love art.

LENT: ​​Was there anything that you wanted to do for this video that you were told by your team couldn’t be done?

POARCH: Everybody was very down for all my crazy ideas. Even when I asked them, “is it possible to have a robot arm?” They were like, ‘Oh, that’s probably difficult, but we’ll make it happen.” I’m so glad that I have a team that’s down and open to doing crazy things.

LENT: Grimes–fabulous in the video. What was your pitch to her? And what did she say?

POARCH: I mean, she’s one of my good friends. I just casually asked her, like, “Hey, do you want to be in my video?” For the longest time, we’ve been talking about doing art with fight choreo and stuff like that. She’s always down to make crazy, cool ideas happen.

LENT: She’s known for her sword. What was it like knife fighting with her?

POARCH: She has claws for this video. That was really fun. I accidentally got scratched in the face.

POARCH: It was cool because I think they actually used that clip on the video, so it looks really realistic.

LENT: Totally star-studded cast in this music video. You have this mix of cameos that I think feels very specific to you. Just like gamers and Twitch streamers and pop stars. How did you settle on that group of people?

POARCH: I mean, they’re all my friends. I just love having my friends in my music videos. Sometimes people are like, “That’s so random.” You have Bretman Rock and then you have Valkyrae and then you have Grimes and Madison Beer, but I just like being around cool and chill people. And also, I’m a big fan of Chloe Cherry so I reached out to her. I was so lucky because she was like, “Yeah, I’m down.”

LENT: Can you talk about the gaming influences? Are there references in this video that only gamers will get?

LENT: Let’s do some rapid fire questions. What did you watch last night?

POARCH: I actually didn’t watch anything but a video of my cat. My cat’s name is Pee Pee.

LENT: Who are you watching?

LENT: Who watches you?

LENT: Who do you stalk?

LENT: How do you get attention?

LENT: What do you do when no one’s watching?

LENT: What movie do you watch by heart?

LENT: What show do you watch the most?

LENT: Do you get shy on camera?

LENT: What do you hate-watch?

LENT: Do you watch the news?

POARCH: Yeah, I love expressing myself in so many ways. I love when people tune into my music, my TikToks, and all the content I make.