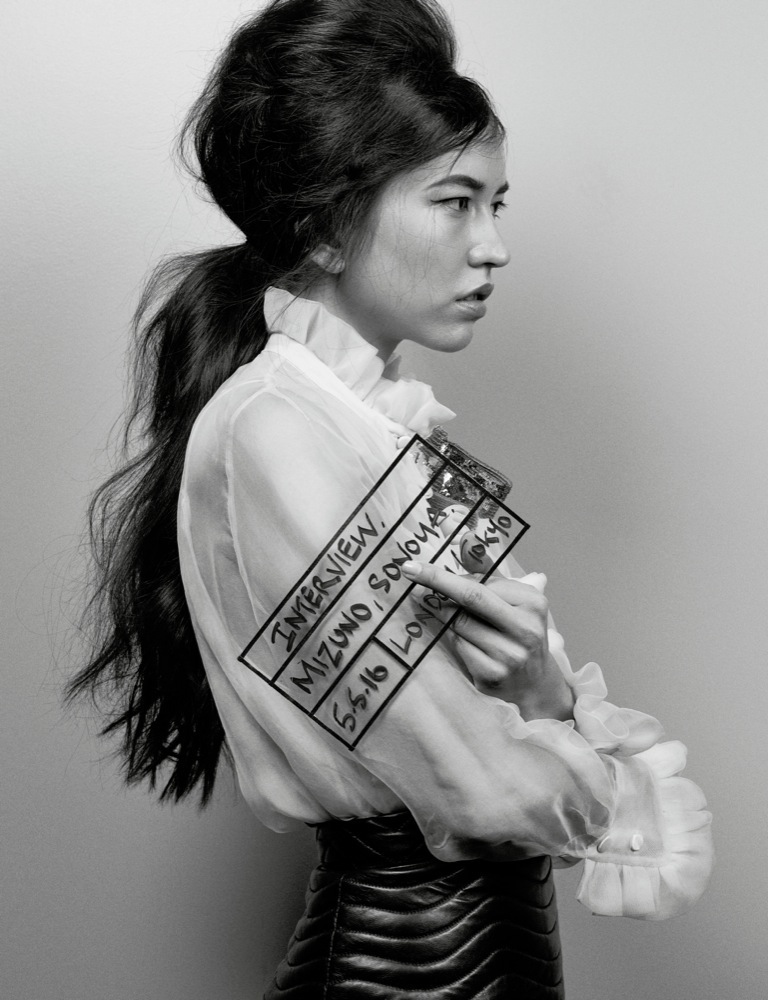 AGE: 27. FROM: Born in Tokyo, raised in Somerset, England. UP NEXT: Alex Garland’s Annihilation with Natalie Portman; the musical film La La Land; Bill Condon’s adaptation of Beauty and the Beast.

JOHN ORTVED: Tell me about your family.

SONOYA MIZUNO: My dad is Japanese; he was an art director there. My mom is half-English, half-Argentinian. They met in Japan in the ’70s. Her parents were diplomats posted there.

ORTVED: Has fitness always been a big part of your life?

MIZUNO: Dancing has, but it’s not fitness. It’s the adrenaline and sweating things out. I started dancing when I was 9 because I wanted to be an actress. The teacher at the local ballet school said, “She’s got the right physique and potential; she should audition for the Royal Ballet School.” I got in and then spent ten years in London, and then went on to dance in professional companies in Germany, Scotland, with the English National Ballet. I love dance, but acting was always an inner ambition. The ballet world is so closed, and there was so much more I wanted to do. The thing about being a dancer turned actor is that you know what hard work is. It’s true. And I’m so fucking grateful for that. In dancing, you can work hard and improve and see the results. With acting, you can work hard and it’s still luck of the draw.

ORTVED: How did your transition from dancing to acting happen?

MIZUNO: I was taking acting classes like mad. Ex Machina was the first film I’d auditioned for. I didn’t have an agent. Alex saw the audition. He was like, “I think you’re perfect for this other role.”

ORTVED: What do you play in Annihilation?

MIZUNO: I’m playing two parts. One of them is a smallish part where I have some scenes with Natalie Portman, and for the other one we’re creating something that is really pushing the boundaries. I spent all of last week in rehearsal with Natalie and a choreographer and Alex, making something out-there.

MIZUNO: She’s just a perfect a person. She’s one of those people who makes you feel like your clothes aren’t clean enough. She’s so nice and has a good sense of humor.