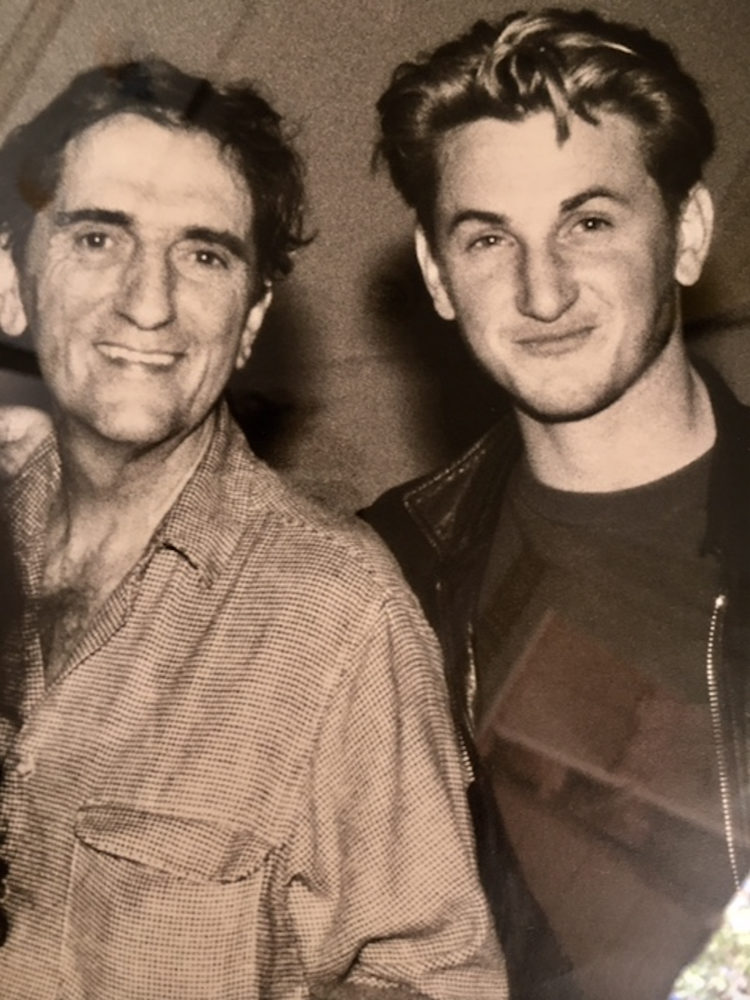 It’s April 1984. Mickey Rourke’s staying at the Mayflower Hotel in New York City. A stalwart space for actors working and not. Its bar, a clubhouse and upper penthouse, the legendary residence of Robert De Niro and Joe Pesci during the making of Raging Bull. Mick was one of the most talented actors of his generation and tended to draw a crowd to his room. I was invited up from the clubhouse one night to join that crowd, and through it sitting silently on Mickey’s hotel room couch, was that actor’s actor—that face fit for a time capsule: Harry Dean Stanton. From Cool Hand Luke to Missouri Breaks, Straight Time to Black Marble, I’d seen and revered every step he’d ever taken in front of a camera. I was a shy 24-year-old but wasn’t gonna miss the opportunity to meet that man. I grabbed a beer and sidled up next to him on the couch. He took a deep drag on a Sherman cigarette and glanced at me just briefly enough to make me aware I was staring. He, on the other hand, couldn’t have been more aware of it. After all, my thigh was nearly touching his, I’d sat so close and stared without inhibition at every line in the map of his face. He started to laugh. And even laughing, the smoke flowed out of his nostrils with the grace of a 1940’s movie. I remember his first words to me as if he’d spoken them this afternoon. “And you are?”

That was the beginning of a friendship that lasted upwards of 30 years. I don’t have the word count, writing this short piece for a magazine, to include all my thoughts about all the times we spent together. But what I can say, and want to say, and what will be said about him by so many, is yes, he was an actor’s actor. He was even a man’s man. But mostly what Harry Dean Stanton was, was the gentlest, kindest, most ornery and philosophical, old bastard any of us ever knew. There was something perfect about Harry Dean.

It was something about the way he’d grew into his life and years. Who else could it be said of that they have a meditative way about their outbursts? And outbursts he had. And loyalty, love, true passion for his friends, family and craft. Even his name was perfect. How do you beat that? Harry Dean Stanton. A.k.a. Harry Dean. A.k.a. Harry. A.k.a. Mensch.

In these last couple of years, I didn’t see much of Harry. For my taste, many in the crew around him—young actors, musicians, and varied dreamers—seemed to suck a lot of the oxygen from my lungs. Harry wasn’t traveling so much; I was. And I let other distractions and obligations create a kind of parting of ways. I’ll miss him now that he’s gone. But no differently than I’ve missed him these last couple of years. And no differently than I missed him on any single day dividing visits or adventures together.

But it’s a funny thing. When I go back to that April evening in 1984, I remember that it led to a week of he and I being tied at the hip, clubbing, drinking, flirting with pretty girls. Only three weeks after that, sometime in May of that year, I ran into Harry Dean at a bar in Los Angeles. I said, “Hey Harry.” He turned to me and said, “And you are?” Harry took great pleasure in people never knowing whether he really did or didn’t remember them. One could imagine him waking up with a lover of many years asking the same question.

If there’s a heaven, or alternately an actor’s heaven, I hope when and if I get to the gate, Harry will be there, I’ll fall to my knees, blubbering, so excited and happy to see him, screaming “HARRY! HARRY! HARRY!”

And no doubt, he’ll exhale a Sherm and dryly mumble, “And you are?” Madonna talks to Harry Dean Stanton About Her Newfound Stardom