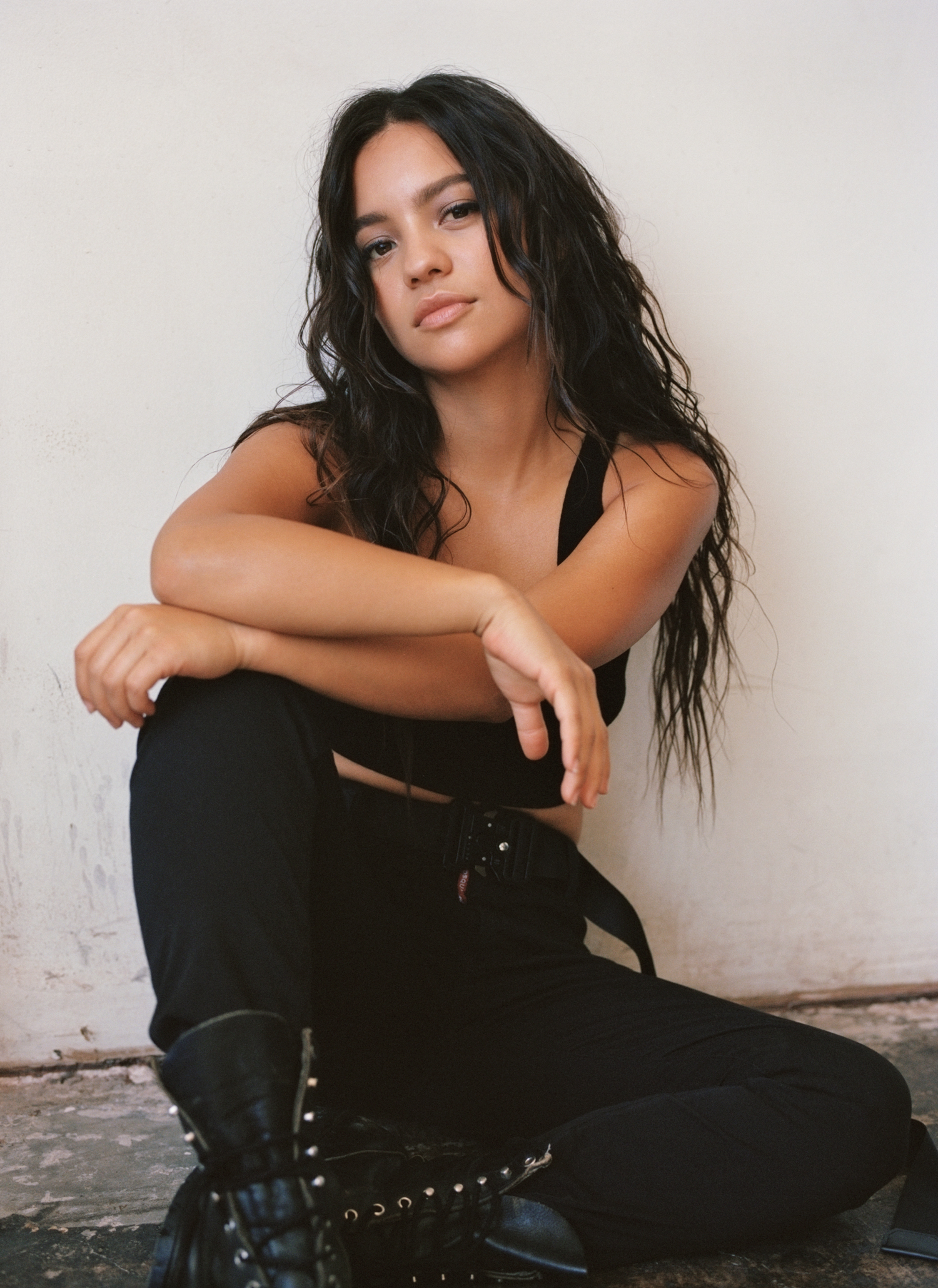 Tank Top and Jeans by Disquared2. Belt by 1017 Alyx 9sm. Boots by Stylist’s Own.

The 32-year-old actor Natalia Reyes wasn’t even born when Arnold Schwarzenegger’s killer robot tore through James Cameron’s sci-fi thriller The Terminator. More than three decades and two failed reboots later, the Colombia native has been tapped to lead the franchise into the future as the star of Terminator: Dark Fate, where she’ll be joined by Schwarzenegger and, for the first time since 1991, Linda Hamilton as the iconic Sarah Connor. “I was having lunch with my parents and my husband when the director, Tim Miller, called me. I didn’t want to answer. I figured it was going to be a polite phone call to say, ‘We loved you, but not this time.’ If you’re going to do that, do it by e-mail. But instead, Tim said, ‘You are the one.'”