Welcome to Life Lessons. This week, we’re revisiting our August 1988 cover story with Michelle Pfeiffer. At the time of the cover shoot, which took place just a few years after the actor’s career-making role in Scarface, Pfeiffer was fresh off the set of Dangerous Liaisons, which earned her an Academy Award nomination and a BAFTA win for Best Supporting Actress. This week, Pfeiffer will appear in the new Showtime series The First Lady, alongside fellow big screen heavyweights Viola Davis and Gillian Anderson. Here, the actor tells Interview about working with Jack Nicholson, the power that comes from turning down projects, and how a good role can offer sexual fulfillment.

“My birthday is April 29. I’m a Taurus. To the bone. I’m very stubborn. I think I have common sense; I’m probably at times a bit tunnel-visioned, but I’m strong.”

“When I was very young I never thought I was attractive, because I was a tomboy and I was always the biggest girl in the class. I had a pixie and was always beating up the boys–if anybody ever needed someone to be beaten up they would come and get me to do it.”

“I was 22 [when I married Peter Horton]. I think my husband and I were both too young, and as we started growing up, our needs changed. We’ve always been close, even up to the separation, which was very difficult on both of us because we have never stopped caring for each other. It was, in that sense, really difficult because we didn’t have the anger to hide behind, the anger that covers up all the pain.”

“I’ve always had a very extreme personality, which gets me into major trouble, I’m always all or nothing, and I don’t know the word ‘balance.’ I’m desperately trying to learn it because I think as you get older it becomes very important.”

“I’m always amazed at how consistent people find me and my behavior, when in fact I do feel different all the time. I guess I do a really good job at covering that up.”

“I can only speak for myself, but almost daily I say to myself, ‘Why are you doing this?’ There are certain scenes you do in a movie that are like catching a wave, and you leave work feeling elated–almost as though you’ve purged something. That’s rare, but you do live for those moments.” “Jack [Nicholson] was an angel [while filming The Witches of Eastwick]. Jack, with all the knowledge he has, never oversteps the boundaries of his job. Maybe I haven’t done enough movies, but I haven’t found that men are more difficult than women. I’ve worked with very few actors who have been at all difficult.”

“I’ve had infatuations [with directors], but that has happened to me very few times.”

“I am basically very private, and I’m really nervous about doing publicity. Every time I set up an interview, I say, ‘that’s it. this is my last one.'” “I’ve been working since I was 14, and my father, being very conservative, has always been strict about my having a savings account. Also, when I first went into the business, someone told me that being able to turn down a part was the only thing that would ever give me power.”

“I never wanted to have to take a job because I didn’t have any money.”

“When I first started out, I said to myself, ‘If this doesn’t happen, there will be something else that I can do.’ That seemed possible because I knew how to do so many different kinds of jobs.” “I think I am a compulsive person, but now I’m learning to put those compulsions into healthy things. I used to do drugs in high school. I’ve been living in L.A. for almost ten years, and shortly after I arrived I cleaned up, pretty much. Stuff goes on on the set, stuff goes on at parties.”

“I was very excited to work with Al Pacino [on Scarface], but I was also intimated by him. Other than me and Mary Elizabeth Mastrantonio, it was all men. I had to play a very cold and aloof woman–very different from my personality and a difficult character for me to hold onto.”

“I never knew what a goofo I was until I met [Matthew Broderick].” 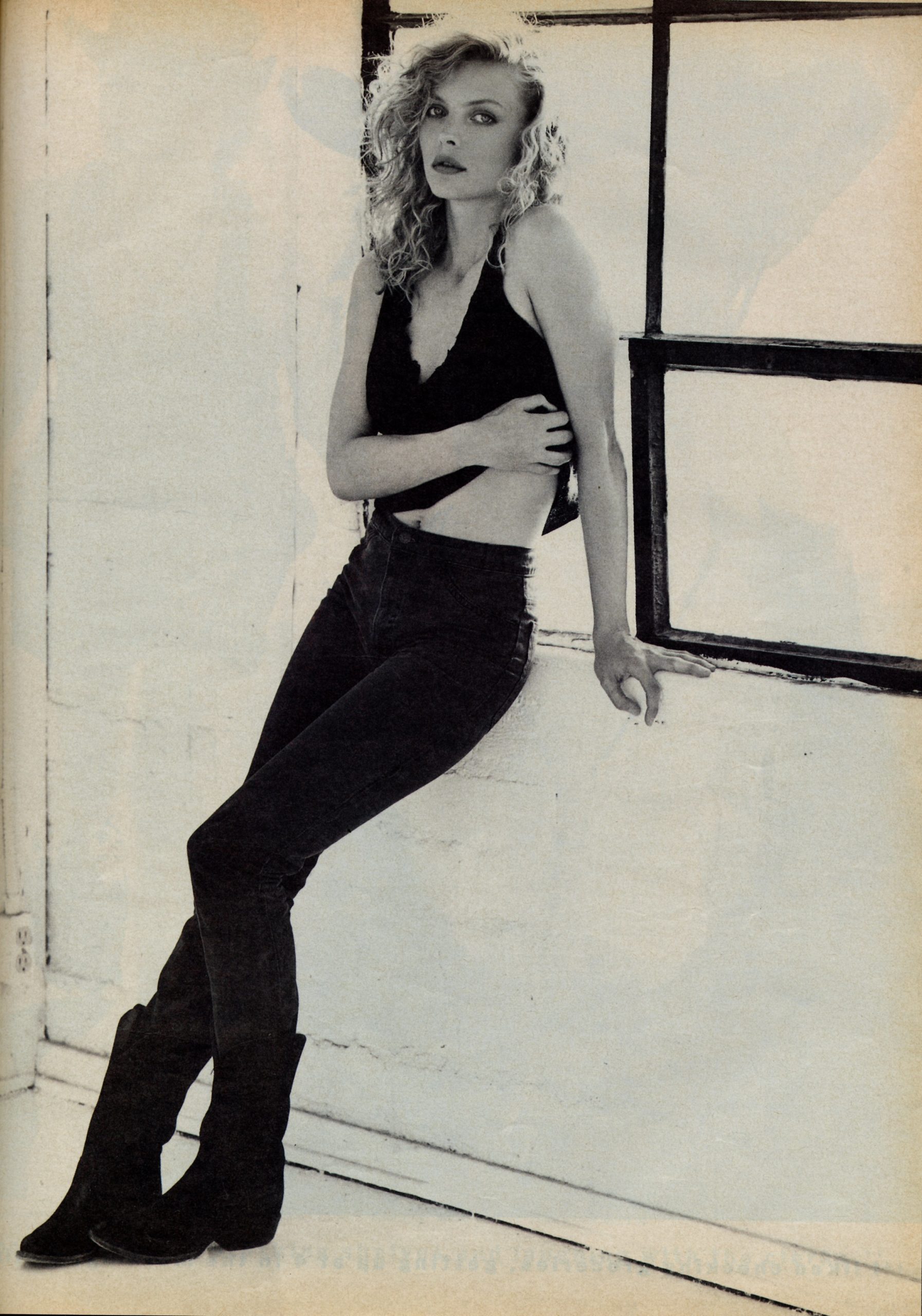 “If there’s a lot demanded of you it can be very sexually fulfilling. If you’re working on something that isn’t very demanding, isn’t very fulfilling, then you have all this energy to burn, and you can go crazy.”