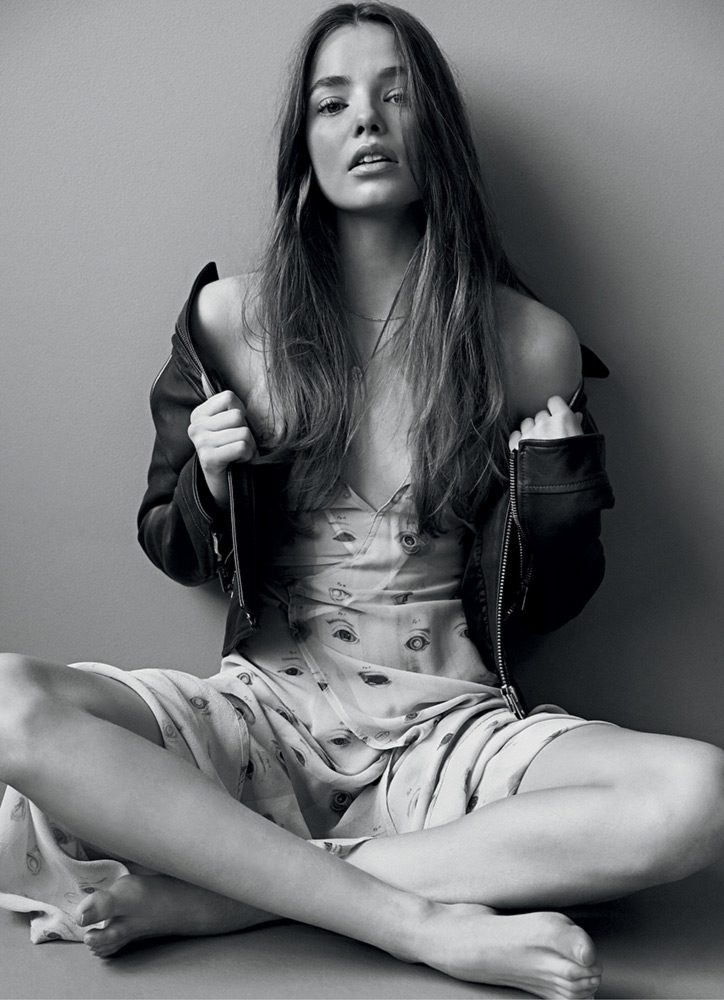 Like most of us, Kristine Froseth grew up watching movies, although she never thought she’d actually be in one. “I mean, of course I thought about it,” she says, “but I didn’t even know how to enter that world.” As luck would have it, that world found her when the director Rebecca Thomas, needing a female lead for her planned adaptation of the John Green novel Looking for Alaska, asked Froseth to audition via tape after stumbling across some photos of her online. The part didn’t end up working out, but a spark was ignited nonetheless. “In real life, we’re told to shut down, to never show all of our feelings,” says the 22-year-old Norwegian-American. “But with acting, you’re forced to get to the bottom of them. I’ve learned a lot about my flaws through becoming other characters.”

She’ll put this wisdom to good use opposite Patrick Dempsey as Nola Kellergan, the 15-year-old girl at the heart of the murder-mystery miniseries The Truth About the Harry Quebert Affair, which airs later this year on Epix. Froseth has also completed an additional four projects, including the Blumhouse horror Prey and Netflix’s anticipated thriller Apostle, with Dan Stevens. And although she is still new to acting, she talks about the craft with the confidence of a veteran. “Everything just flows,” she says. “You know you’re in this other body, and you’re not in your own reality, but you just totally forget who you are for a second.”