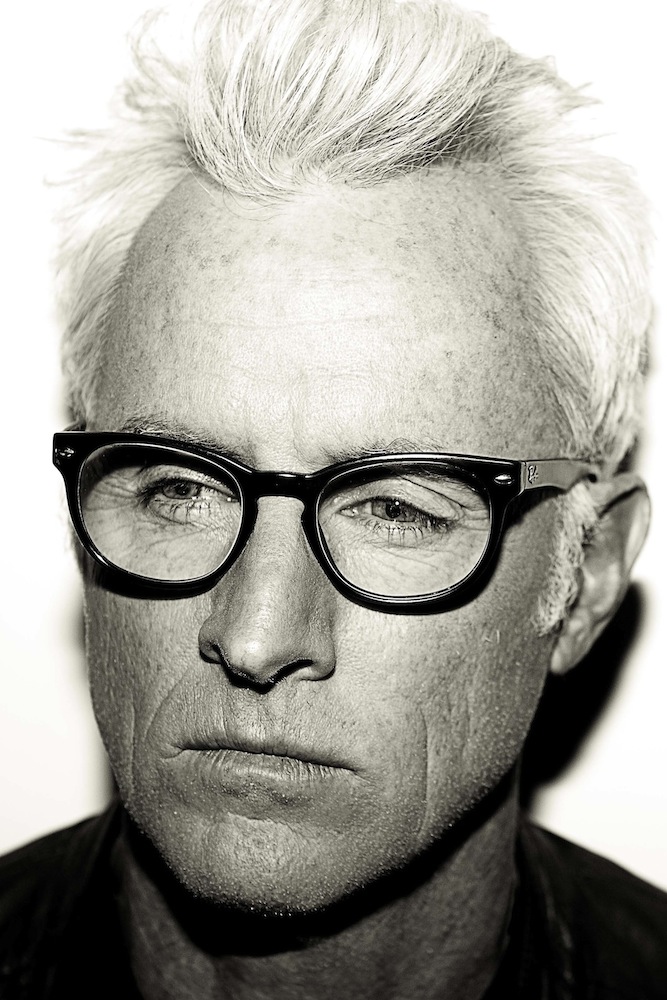 It was his unflappable cool on Mad Men, playing Roger Sterling with a kind of crash-dummy composure, slippery on Gibsons, that made John Slattery into a beloved and in-demand actor. His feature-length directorial debut, God’s Pocket, which he co-wrote, based on the 1983 novel by Pete Dexter, shows a similarly steady hand behind the camera, threading the needle of pitch-black comedy with a Coen brothers’ level of precision. Slattery’s sad-sack tragicomedy, set in a fictional, liquor-sodden enclave of South Philadelphia, follows a two-bit criminal named Mickey (Philip Seymour Hoffman, in one of his final roles) as he tries to arrange the funeral of his murdered stepson. Hilarious, right?

CHRIS WALLACE: The desperation of these characters, and of the late-’70s South Philly setting, should make the movie bleak as all get-out. But it isn’t—or, at least, it isn’t only bleak.

JOHN SLATTERY: It is dark, certainly, because of the events that take place, but I didn’t find it that bleak. I was drawn, not only by the humor, but by the hope of it. Hoffman’s character, Mickey, for one, doesn’t ever feel sorry for himself. I come from a fairly colorful group of people [in Boston], and there’s a humanity to those people, a fatalistic sense of humor that I find really entertaining.

WALLACE: I’m almost embarrassed at how hard I was laughing throughout—I would have been embarrassed if everybody else in the screening weren’t laughing harder.

SLATTERY: I’m glad to hear it because the tone of the thing was tricky.

WALLACE: The sort of vintage-y, polyester look and feel could easily have gone into irony or satire. But this is somehow both earnest and absurd. How did you get everyone in that same world?

SLATTERY: You go for the people that you think are like-minded enough to get it. Hoffman, John Turturro, Richard Jenkins, Eddie Marsan, Christina Hendricks, they all got it. And I didn’t do much to that book—that’s all Pete Dexter. I just needed to make the violence casual enough so that when it springboards to a heightened set of circumstances, it can be funny. You know, if no one looks twice when you smack a guy and knock him on his ass in the corner, then it can be funny to those people.

WALLACE: Casting Hoffman and your Mad Men pal Hendricks must have been nice. It has to be nice, as an actor, to have that continuity, a sense of community.

SLATTERY: That’s why I like it. I think [Marcello] Mastroianni once said that acting with someone is like going to school with them. You graduate from that experience, and if you get to work with them again, it is as if you are reunited. To come back year after year to Mad Men like this is pretty extraordinary. We’ve had gatherings and looked at old episodes for a laugh, like, “Look at how young we were!” And, yeah, Phil Hoffman and I were longtime casual friends. We’d see each other around and we worked together here and there.

WALLACE: You and Hoffman did the great window scene together in Charlie Wilson’s War [2007].

SLATTERY: That is the funniest scene. One of the great things about working with [director] Mike Nichols is how funny he thinks everything is. You finish a scene and he’s still laughing. There’s no greater compliment than to get a laugh from him.

WALLACE: It was wonderful to see Hoffman in God’s Pocket, because, as you said, the hope in this is a wonderful thing to carry us through.

SLATTERY: I’m glad for that. I’m honored to have been one of the people that he chose to work with. That’s really what it comes down to. You’re just graced with something like that.