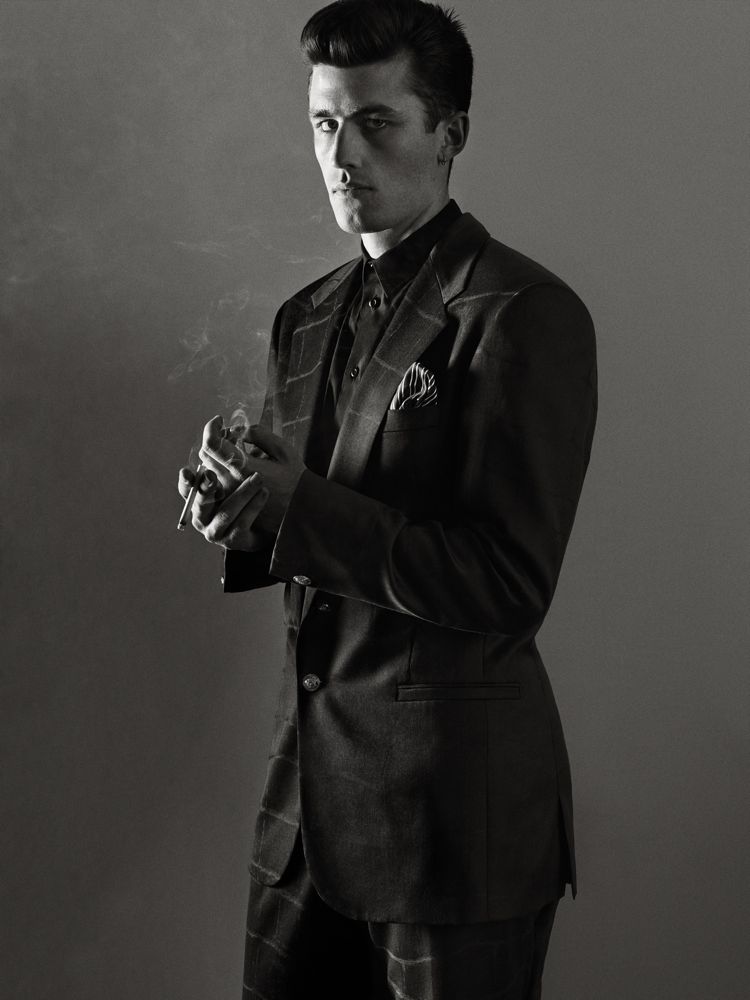 “I’ve seen more scandalous movies,” says actor James Frecheville of the new drama Adore from French director Anne Fontaine, which polarized audiences at Sundance last January with its intergenerational love knot between two lifelong best friends (Naomi Watts and Robin Wright) and their lanky, handsome, surfing sons (Frecheville alongside fellow Aussie Xavier Samuel). Frecheville couples with Watts, exhibiting—besides plenty of lithe muscle—an easy assuredness in a complex role. “I never thought about the two parents as any sort of comment on where society is going, but it’s certainly a fantasy,” the 22-year-old actor says, entertained by the surprisingly sensational response to the movie. In person, arriving at a café in Los Angeles wearing tiny hoop earrings and cracked black nail polish on his pinky, Frecheville is far more animated than the quiet storm he constructs in Adore. He admits to having very little acting experience when he earned his big break at age 17 at an open call for a main role in the 2010 crime drama Animal Kingdom. “It was around the time that I was mentally pulling my finger out of my ass, going, ‘Hey, if you want to make this happen, you’re going to have to be a bit more proactive and get an agent and put yourself out there,’ ” he recalls. The turn in Animal Kingdom did that finger-pulling for him. “It was adulthood all of the sudden,” he says. “I’m still on this run, whatever it is.” Frecheville describes an attraction to roles that allow for “mutation.” He also appears in the upcoming Mall, based on the Eric Bogosian novel, as “a very disgruntled ex-tuxedo-store worker who goes to the shopping mall, smokes a bunch of meth, and murders 80 people.” And he co-stars opposite the late James Gandolfini in the actor’s last film, Animal Rescue, as a young thief who robs a bar that turns out to be a front for some Chechen gangsters. As for what’s next? “I’d love an opportunity that would require a solid bit of preparation,” he says. “I just want to take five months off and grow a beard and pack on, like, 10 kilograms.” Gut or muscle? “Whatever’s needed,” Frecheville says. “Because when else am I going to get the opportunity to do that?”